Flu, coronavirus, or all of the above? More unlucky Americans are catching both at the same time

The joint infection of flu and COVID-19 is called "flurona" — but it may not be as bad as it sounds. Here's why 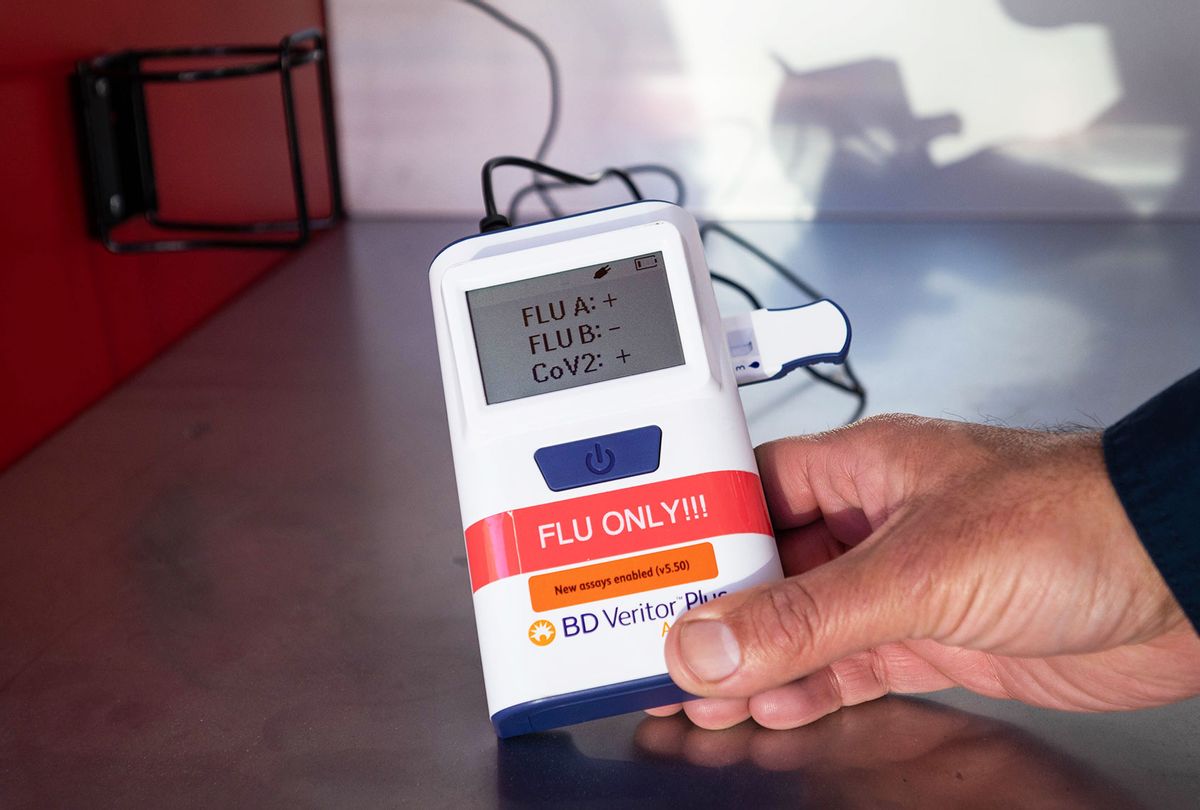 She's not the only person recently to have contracted "flurona," a neologism to refer to the joint infection with the seasonal flu and the rapidly-spreading novel coronavirus, or SARS-CoV-2. Reports of her and other patients' flurona prognoses splashed across headlines over the last few days.

Though it sounds scary, flurona isn't a new variant that will soon replace the highly contagious omicron variant. Rather, it's simply a catchy phrase to describe when an unlucky person has both the coronavirus and the flu. In medicine this is what is known as a co-infection.

Following the news of a flurona case in Israel, patients with the co-infection have been seen in Brazil and Hungary. In the United States, there have been reports of flurona infections in California, Florida and Texas.

But is this new or unexpected — and actually something to be concerned about?

Doctors say not exactly. Co-infections aren't a new thing, and these viruses don't hitch a ride on each other's back. Rather, these patients just happen to be unlucky.

In fact, back in 2020, before the word "flurona" came into the picture, doctors already knew that a co-infections of the flu and coronavirus were occurring. At the time, the scenario was being described as a "twindemic," of both flu and coronavirus.

Co-infections with coronavirus may be quite common among those hospitalized for COVID-19. Indeed, a study published in 2020 in the Journal of the American Medical Association found that 20% of patients studied were infected with another respiratory virus in addition to COVID-19, including one who had the flu. A separate study conducted at Tongji Hospital in Wuhan, China, found that an estimated 12% of the 544 patients infected with COVID-19 also had influenza.

In 2020, doctors suspected that a "twindemic" would be kept at bay because of the preventative measures people were taking at the time, which was before the vaccines existed.

"There is a potential silver lining," Brownstein said, "that the current efforts around social distancing and mask wearing may have an impact on influenza transmission as well."

Fast forward to 2022, and flurona is becoming more widely observed in the general public. Recently, Alec Zierlein, a 17-year-old high school student in Texas, detailed his experience to ABC 13 in Houston, Texas. "I ended up getting tested the day before Christmas for strep throat, flu and COVID," said Zierlein. "I didn't think I had any of the three. It felt like a mild cold." Fortunately, he had a mild case.

But Dr. Janak Patel, the director of the Department of Infection Control & Healthcare Epidemiology at UTMB, told ABC 13 people shouldn't be scared of flurona.

"We know how to take care of both of these illnesses," Patel said. Symptoms of flurona are similar to those of both the coronavirus and the flu— coughing, fatigue, runny nose, sore throat, diarrhea, and body aches.

That being said, experts say flurona is becoming more common now, mostly because both COVID-19 cases and influenza cases are on the rise. Last year, before vaccines and the delta variant wave, people were completely hunkered down and lockdowns still existed. Now, as people are going out in public and gathering more often, viruses like the flu are becoming common again. Hence, we are seeing more cases of co-infections with both the coronavirus and influenza.

"Everybody was basically hunkered down — we shuttered our windows and closed our doors. We masked up. Schools were out and daycares went down," Dr. Frank Esper, a physician at the Cleveland Clinic Children's Center for Pediatric Infectious Diseases, told Time. "So all the viruses took a nosedive." Esper added: "We're seeing many, many people who have the coronavirus as well as a second or even third germ at the same time."

The rise in flu may be related to something else, too. Indeed, there is some evidence that this year's flu shot doesn't match the circulating strain, which could be increasing the likelihood of this co-infection. Still, the public is being advised to get their flu shots, as some protection is better than none.

Unfortunately, doctors say that people who are high-risk for either the flu or the coronavirus are more likely to have worse symptoms with flurona. "High-risk" groups includes those who are immunocompromised or older people.

Doctors say treating the dual infection will depend on the severity of a person's illness. Treatments may include Tamiflu, an antiviral, or COVID-19 specific treatments — such as monoclonal antibodies or oxygen.

Doctors are also reporting that having both viruses at the same time doesn't make either one worse than the other in non-high risk patients. While data is still pouring in, historically those who have co-infections don't experience more severe infections than if they only had one virus.

"Everybody knows flu is bad; everybody knows coronavirus is bad," Esper told Time magazine. "You put the two together, you think you're even worse. For the most part, virus-wise, we don't see that."