“The way I phrased things yesterday — it was sloppy, and it was, frankly, dumb” 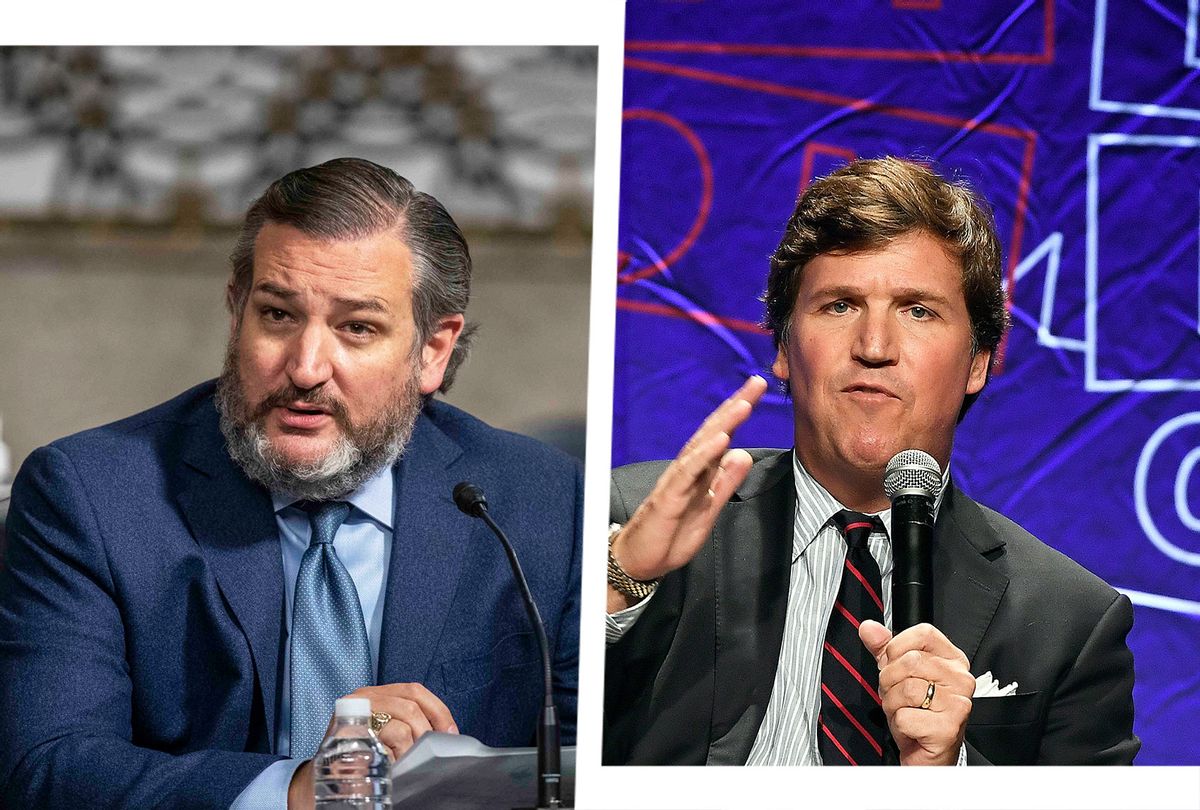 Sen. Ted Cruz, R-Tx., is now walking back his description of the Capitol riot as a "terrorist attack" a day after Fox News host Tucker Carlson berated the lawmaker for his word choice.

"The way I phrased things yesterday — it was sloppy, and it was, frankly, dumb," Cruz said during a Thursday interview on Fox News.

Carlson quickly cut off the senator, expressing incredulity at the fact that Cruz, a trained lawyer, would be so imprecise.

"What I was referring to are the limited number of people who engaged in violent attacks against police officers. I think you and I both agree that if you assault a police officer, you should go to jail," Cruz said. "I wasn't saying the thousands of peaceful protesters supporting Donald Trump are somehow terrorists. I wasn't saying the millions of patriots across the country supporting Trump are terrorists."

Continuing the verbal spar, Cruz reminded Carlson that he was one of the eight senators to challenge the Electoral College's vote count in the 2020 election.

"So of course, it would be ridiculous for me to be saying that the people standing up and protesting to follow the law were somehow terrorists. I was talking about people who commit violence against cops," Cruz said. "It was a mistake to say that yesterday, and the reason is what you just said, which is we have now had a year of Democrats and the media twisting words and trying to say that all of us are terrorists. Trying to say you are a terrorist, I am a terrorist."

"I guess I just don't believe you," Carlson said. "And I mean that with respect."

The FBI has labeled the Capitol insurrection as an act of domestic terrorism, which the agency defines as "violent, criminal acts committed by individuals and/or groups to further ideological goals stemming from domestic influences, such as those of a political, religious, social, racial, or environmental nature."

Though Carlson's distaste for Cruz's description of the riot is a recent development, the Texas senator made very similar remarks just a year ago, Politico noted.

"The attack at the Capitol was a despicable act of terrorism and a shocking assault on our democratic system," Cruz said in a statement at the time, applauding the Capitol police for protecting the legislature.

The exchange comes amid the senator's potential presidential bid in 2024. Back in December, Cruz said that he would "run in heartbeat" next election, pointing out that he ended up placing second in a 17-candidate Republican primary in 2016.

"There's a reason historically that the runner-up is almost always the next nominee," Cruz explained. "And that's been true going back to Nixon or Reagan or McCain or Romney that has played out repeatedly. You come in with just an enormous base of support."