Jailing Capitol rioters together could lead to a new "American terror group": Expert

"We may be seeing the emergence of a new, radical group" 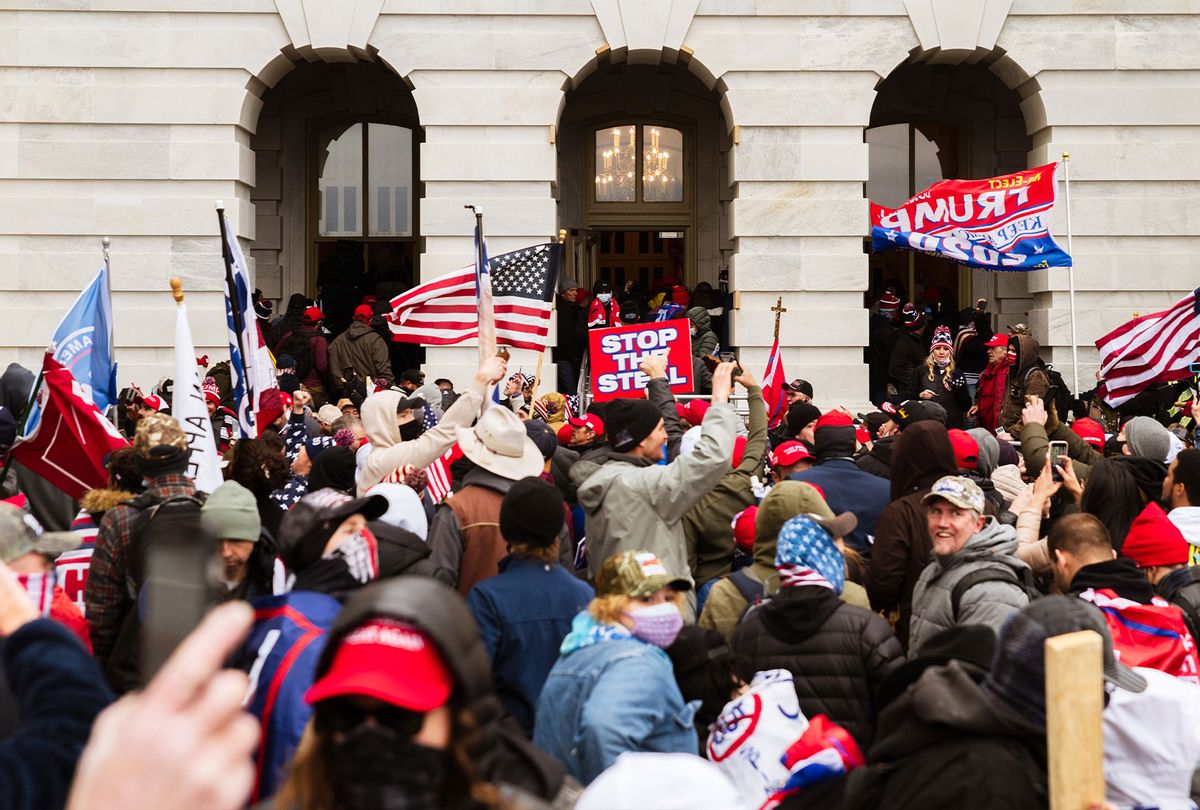 In a column for the Daily Beast, former CIA counterterrorism analyst Aki Peritz warned federal authorities to separate accused Capitol rioters while they are being held in custody pending court appearances lest they start planning another insurrection as part of a newly-formed domestic terrorist group.

Noting reports that accused insurrectionists are being held a separate unit from the other inmates D.C. Correctional Treatment Facility where they reportedly are singing the National Anthem together as well as publishing their own jailhouse newsletter, Peritz, the author of "Disruption: Inside the Largest Counterterrorism Investigation in History," explained that raises serious concerns for him.

"These seemingly small, communal actions of incarcerated men awaiting trial are exactly how other radical groups organized and forged their identity in prisons. Some of these groups then became effective forces that have challenged armies and governments," he explained before adding, "...by mixing the hardcore ideologues with others who may be wavering in their anti-democratic feelings under adverse conditions—and by not giving them an offramp for their beliefs—the D.C. jail might inadvertently be the petri dish for a future American terror group."

Writing that prisons have long been "incubators" for terrorist groups, the counter-terrorism expert claimed they are likely to unleash a wave of terror once released -- and therefore will need to be monitored.

"Radical groups even exploit prison sentences as symbolic acts in their greater struggles. A jail sentence paradoxically provides a degree of gravitas to a subset of individuals, easing their way to recruit new people on the outside to the cause," he elaborated. "Which brings us back to the Jan. 6 insurrectionists in the D.C. jail. Some indeed might have realized the error of their ways. But those who might want to turn away from Jan. 6-style radicalization in the D.C. jail may be at greater risk inside the facility, since they are housed with the people dedicated to deepening their ideological commitment."

Warning that it unlikely D.C. jailers are "monitoring the Jan. 6 folks' activities," Peritz added, "It's hard for a radical ideology to exist for long without committed human infrastructure. But we've seen that multiple federal politicians publicly support the insurrectionists, calling them 'political hostages' who are being 'persecuted" for their beliefs.'"

He then added a cautionary, "Thus, between the identities strengthened inside a correctional facility, and the obvious slice of political support outside it, we may be seeing the emergence of a new, radical group—with a national network and skilled ideological operatives—ready to menace the streets of America in the years to come."