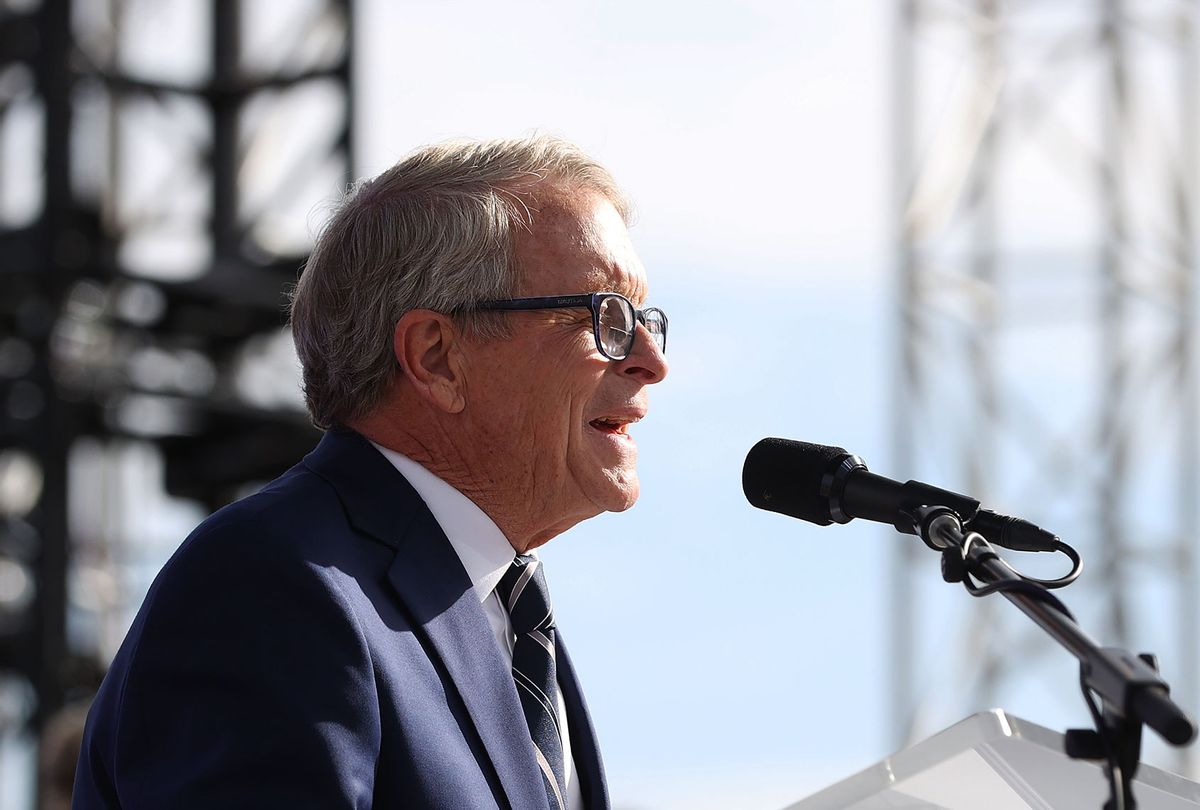 The Ohio Supreme Court on Wednesday ruled that the state's new Republican-backed district maps, which would likely give the GOP supermajorities in both chambers of the state legislature, are unconstitutional.

The court ruled 4-3 that the new state House and Senate maps are unconstitutionally gerrymandered and ordered the state's Republican-dominated redistricting commission to redraw them within 10 days.

The court ruled that the maps violate a 2015 constitutional amendment that requires such maps to correspond with statewide voter preferences over the last decade.

The ruling came after Republican Chief Justice Maureen O'Connor, who must retire from the court this year due to age limits, joined the court's three Democrats, over the dissent of the three other Republican justices. One of the dissenting Republicans was Justice Pat DeWine, the son of Republican Gov. Mike DeWine. Gov. DeWine served on the commission but his son refused to recuse himself from the case, arguing that ethical standards did not require it.

Democratic Justice Melody Stewart wrote in the majority opinion that the commission did not even "attempt to draw a plan that meets the proportionality standard" in the amendment and violated a section of the amendment stating that "no plan shall be drawn primarily to favor a political party."

Republican state Senate President Matt Huffman and state House Speaker Bob Cupp, who both serve on the redistricting commission, argued that the language in the amendment was "aspirational" and only required if other more technical requirements were not met.

"We reject the notion that Ohio voters rallied so strongly behind an anti-gerrymandering amendment to the Ohio Constitution yet believed at the time that the amendment was toothless," Stewart wrote.

Stewart added that legislative aides told the court that Cupp and Huffman instructed them to disregard the political standards in the amendment.

"The evidence here demonstrates that Senate President Huffman and House Speaker Cupp controlled the process of drawing the maps that the commission ultimately adopted," she wrote.

An analysis by Kosuke Imai, a Harvard professor, simulated 5,000 possible district plans based on the amendment's requirements. None were as favorable to Republicans as the one drawn by the commission.

"The fact that the adopted plan is an outlier among 5,000 simulated plans is strong evidence that the plan's result was by design," Stewart wrote.

The ruling came in response to three lawsuits filed over the new maps.

"This ruling sends a clear message to lawmakers in Ohio: they may not put politics over people," Freda Levenson, legal director for the American Civil Liberties Union of Ohio, which challenged the maps, told the Columbus Dispatch.

Ohio is just one state where voting rights groups are challenging extreme Republican gerrymanders. Multiple lawsuits have been filed challenging new maps in Texas, Georgia and North Carolina. In many instances, Republican mapmakers have diluted the voting power of communities of color by combining blue-leaning districts or redrawing them into more conservative areas.

Democrats have been able to hold onto more seats in many states than was initially expected because Republicans have primarily sought to shore up their own districts. But some states, including Florida, Arizona and Tennessee, have yet to complete their redistricting, which could add to this year's Republican gains. Tennessee Republicans this week proposed a map that would split Nashville's blue congressional district into three red districts.

O'Connor, who has served on the Ohio Supreme Court for two decades, issued her own opinion on Wednesday suggesting that voters have the power to strip redistricting power from partisan actors entirely.

"Having now seen firsthand that the current Ohio Redistricting Commission — comprised of statewide elected officials and partisan legislators — is seemingly unwilling to put aside partisan concerns as directed by the people's vote," she wrote, "Ohioans may opt to pursue further constitutional amendment to replace the current commission with a truly independent, nonpartisan commission that more effectively distances the redistricting process from partisan politics."

Read more on the redistricting battle ahead of the 2022 midterms: