Don't worry – the COVID vaccine could affect your period, but it's temporary

After fighting misinformation, we finally have some answers beyond anecdotal evidence, and it's a relief 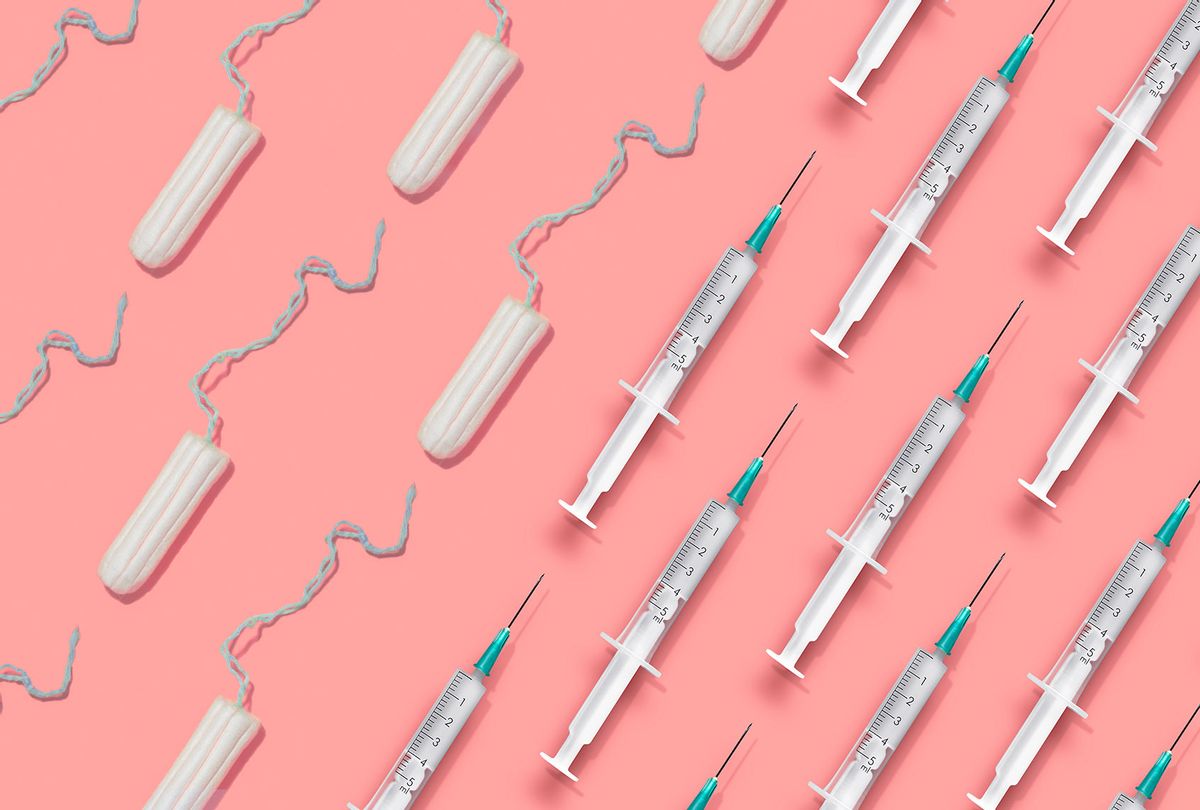 In spring 2021, as more people got vaccinated against COVID-19, some people who menstruate began to notice their periods were a bit off.

Anecdotal stories detailed heavier flows or delayed cycles. People who thought they were postmenopausal and done with bleeding, were bleeding. As the stories trickled through, many researchers began to wonder: Do the COVID-19 vaccines affect menstrual cycles? Or were people just paying more attention to their cycles, as more anecdotal stories surfaced?

At the same time, doctors were then fighting misinformation that made it difficult to have conversations around menstrual cycles and the COVID-19 vaccines without giving even more fodder to misinformation around the vaccines and fertility. (Studies continue to show that they don't affect each other). But researchers like Dr. Katharine Lee – a postdoctoral scholar in the public health sciences division at Washington University in St. Louis, who was part of the conversation in April 2021 that Salon reported — credits these conversations to taking science to where it is today.

That is to say, we finally have some answers around how the COVID-19 vaccines affect periods.

A study published in the journal Obstetrics & Gynecology last week found that people's menstrual cycles did change following vaccination against the coronavirus. Specifically, the authors reported that people who received the vaccines had slightly longer periods than those who were not vaccinated. The study was partly funded by The National Institutes of Health's Office of Research on Women's Health.

"I think this study that was just published would not exist, had those discussions not happened last spring and summer," Lee, who was not involved in the study, told Salon. "I think it's an important step in the way that different types of data coming together helps us understand a problem or phenomenon a little bit better."

The study analyzed data provided by a company called Natural Cycles, which is an app that tracks menstrual cycles.  Notably, these users don't use hormonal contraception. Researchers looked at records from nearly 4,000 people who consented to have their information used as part of the study. Nearly 2,400 of those users were vaccinated against COVID-19; 1,550 were not. All of the users were between the ages of 18 and 45 and were tracking their cycles carefully in the app for the last six months.

Overall, the researchers found that vaccination was associated with, on average, less than a full day's change in cycle length. However, a subset of people who received both doses of the vaccines within one cycle experienced a change of at least two days in their cycle. Nearly 10% of these people recorded having cycles that were eight days longer than usual, too, which is clinically significant. The unvaccinated group saw no significant difference. The authors noted that those who did experience delays often returned to their baseline cycle length quickly.

While the paper is an important first step, Lee — who launched a survey last year to collect anecdotal experiences  — said it is restricting in some ways.

"I think cycle length is an important measure as just part of the variability of menstrual cycles, but what we kept hearing last year, and hopefully we will be publishing soon, is the number of folks who were concerned that they were bleeding more heavily and that doesn't start to address that," Lee said. "And this paper restricts it down to people who weren't on birth control, which removes a lot of people from the sample, and it isn't concerned with people who don't normally experiencing breakthrough bleeding, whether that's people on IUD, or gender-affirming hormones, or postmenopausal folks."

Still, Lee says it highlights "how much more awareness we need about understanding menstrual cycles."

"I think it highlights a need to listen to people when they are reporting changes to their menstrual cycles without something immediately to it being an actual problem," Lee added. "I think about collecting this information as part of all kinds of clinical trials moving forward, just so that people aren't surprised when things like this happen, and we learn a little bit more about how responsive the menstrual cycle is to things like large immune stressors."