Why is BJ always drinking milk on "The Righteous Gemstones"? 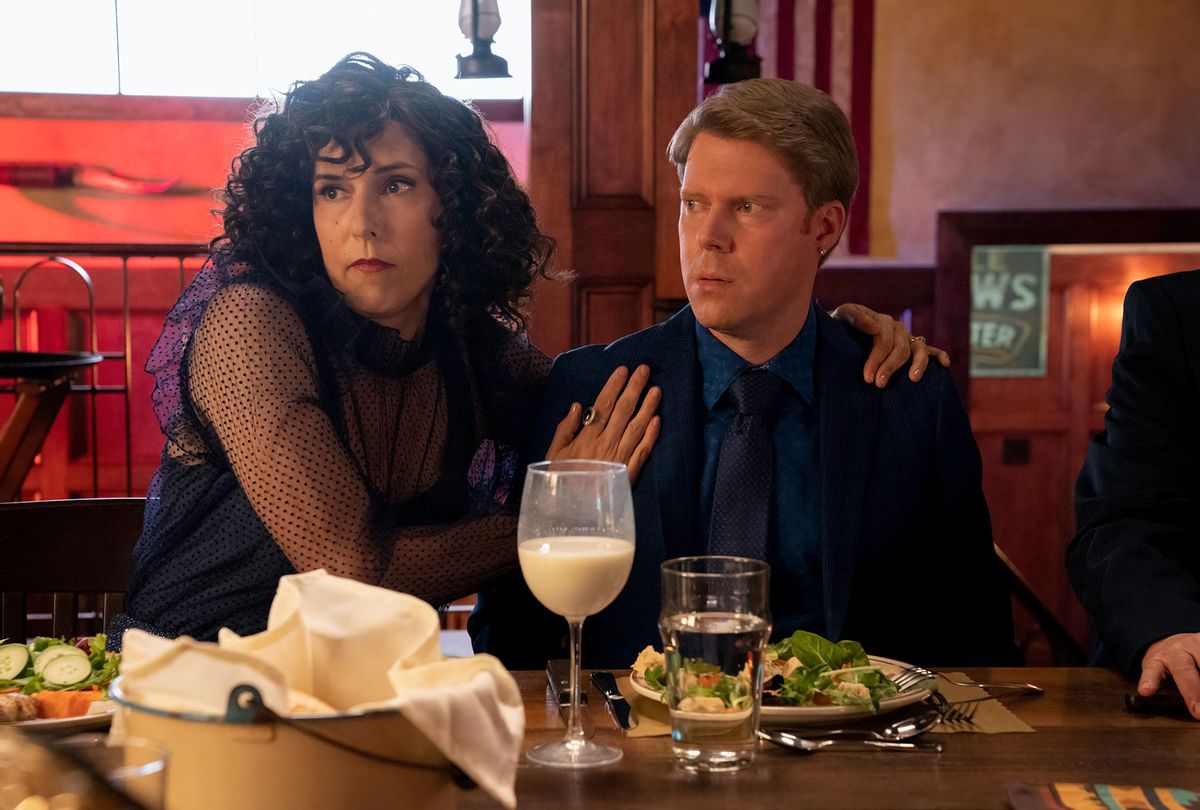 In the new season of "The Righteous Gemstones," which premiered last weekend, the titular family of corrupt evangelical superstars gathers for a Sunday lunch on the upper floor of a nearby restaurant. The weekly ritual is meant to serve as a time for reflection and relaxation following services in the stadium-sized church run by the Gemstones, but it inevitably devolves into pointed ribbing between siblings Jesse (Danny McBride), Kelvin (Adam DeVine) and Judy (Edi Patterson).

The three siblings angle for their father's affection "Succession"-style as they debate the validity of Judy's recent marriage to her longtime fiancé BJ. (They eloped to "an area by some rides" at Walt Disney World, where Prince Eric of "The Little Mermaid" presided over the nuptials.) Meanwhile, BJ (short for Benjamin Jason, played by Tim Baltz) is busy swirling milk in a wine glass, bringing it to his face as if he's testing the nose on an expensive Malbec.

One of the reasons why I love this series so much (other than the fact that I was raised in a conservative Christian community not unlike that of the Gemstone's)? It's absolutely packed with these types of split-second visual gags. But this wasn't the first time the folks behind the "Righteous Gemstones" made this particular creative choice.

RELATED: Hoagies, Wawa and that funeral spread: The stories told by the food in "Mare of Easttown"

Go back and zoom in on BJ's place at the vast majority of Gemstone family dinners, both inside and outside of home. He enjoys a tall glass or goblet of milk while everyone else has soda, water or wine at the ready. I did this as I re-watched the series and re-watched it again. Each time, I found it to be progressively more funny.

I thought of what Jesse must have said the first time BJ, who the family continually needles for his softness, ordered a glass of milk at dinner. "What are you, BJ? A f**king child?"

And I think that's kind of the point. Milk is a big deal in the Bible, where it's referenced in the Old Testament about 50 times alone. While the concept of "the Land of milk and honey," a phrase used to describe the physical and spiritual abundance that awaited the wandering Hebrew people in Israel, is perhaps the most well-known, there are several passages found throughout the New Testament that equate consuming milk to being in a childish state.

"I fed you with milk, not solid food, for you were not ready for it," Paul the apostle wrote in his letter to the Corinthians. "And even now you are not yet ready."

This sentiment is echoed in the Book of Hebrews: "For though by this time you ought to be teachers, you need someone to teach you again the basic principles of the oracles of God. You need milk, not solid food, for everyone who lives on milk is unskilled in the word of righteousness, since he is a child."

In the context of the Christian scriptures, "solid food" or "meat" are elements of the word of God that can be understood and applied by more mature believers, whereas those who consume this metaphorical milk are living somewhere on a spectrum between complete ignorance and understanding only the basics of Christian living.

This happens to be true for BJ, whose baptism into the church promises to be a major plot point in the season (especially after it's revealed that he comes from a particularly science-minded family). However, I think there's a little more nuance to it. There's a long legacy in pop culture of portraying adults who drink milk as either pathetically delicate (in the video game "Skyrim," "milk-drinker" is hurled as an insult) or otherwise just . . . off.

Look at Liam McPoyle (Jimmi Simpson), the incestuous and sweaty creep who is constantly swilling milk from "It's Always Sunny in Philadelphia," or Anton Chigurgh (Javier Bardem) of "No Country for Old Men," the cruel hitman who managed to create an air of palpable tension by simply downing an entire bottle of milk stolen from a potential victim's refrigerator.

Thus far, BJ is portrayed as odd — a sexless roller-blading weirdo with a failed nose job — though not malicious.

As the video essay "Milk in Movies: Why do characters drink it?" points out, milk can also be used as a visual cue to indicate a character's child-like innocence or wholesomeness. This reading is applicable to BJ, too.

While the rest of the Gemstones are battling their own demons borne of their own respective forms of corruption — ranging from tremendous greed to hiring sex workers and doing drugs at a prayer conference — BJ largely stays out of the fray. To date, his biggest display of rebellion is getting an earring, which he cheerfully wears to his job as the optometrist at the local Piggly Wiggly.

While the milk-drinking detail is so far just that — a background Easter egg for enthusiastic viewers like myself — I would like to think that it hints at more character development in the coming season. Will BJ maintain his innocence as he becomes more deeply involved in the church? Or will his oddball behavior take a more devious turn? Time will tell, but I'm just saying, we know something's up if BJ reaches for a glass of wine.

"The Righteous Gemstones" airs on Sundays at 10 p.m. EST on HBO.

For more stories at the intersection of food and TV, check out: