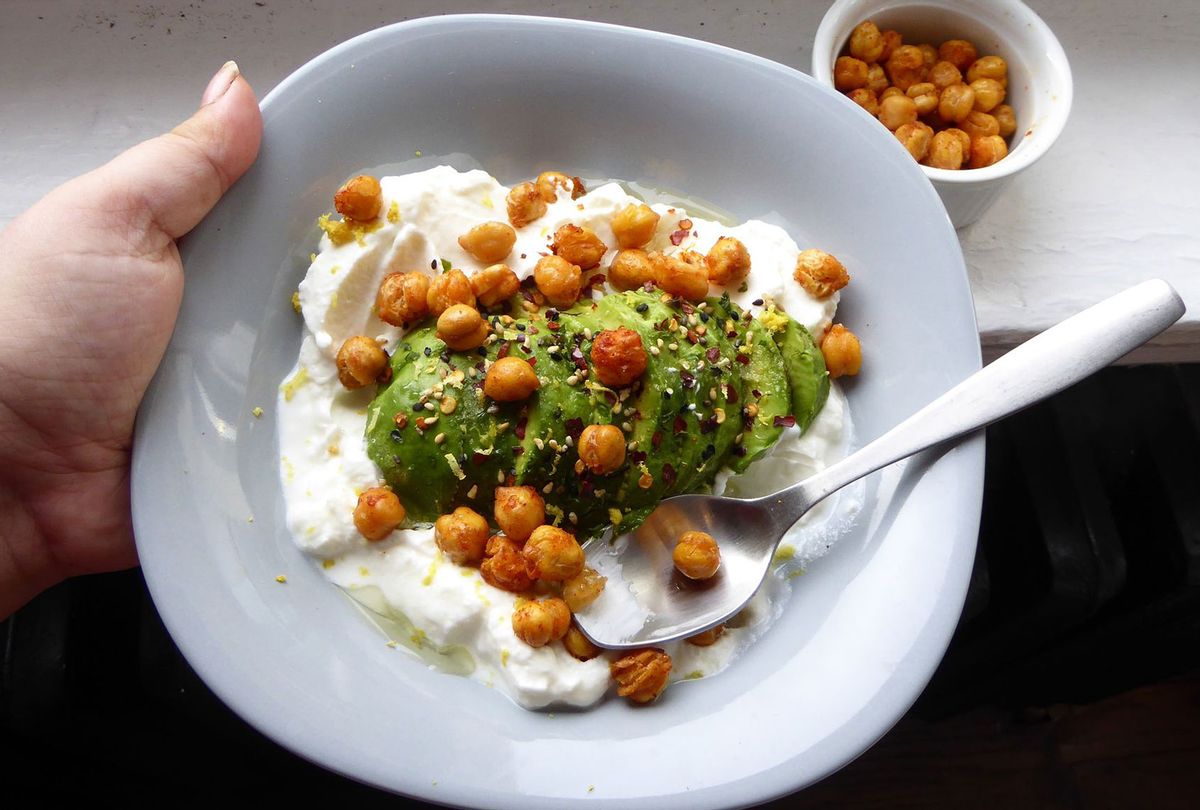 I only recently became the owner of an air fryer, even though the appliance reached its peak of popularity in 2015. In case you were wondering, my mom gave it to me as a Christmas gift. I had just moved into a new apartment with more counter space, which made owning this larger kitchen tool a little more practical.

With the enthusiasm of a kid who had just received a new toy from Santa Claus, I decided the best way to familiarize myself with my new air fryer was to commit to using it every day for a full work week. While there were some definite misses, there were also some wins along the way. Here's everything I learned from a week of cooking with an air fryer:

I officially pulled the air fryer out of the box. It came with a few pamphlets about recommended cook times and simple recipes, which I filed away (read as: tossed in my junk drawer) for later reference. I already knew what I was going to make — char siu bao, which I bought frozen from Viet Hoa Plaza, my local Asian corner market. I typically use my bamboo steamer to cook these pillowy buns stuffed with chopped barbecue pork. However, a bakery on my block sells a golden-brown oven-baked version, so I had been dreaming about making some on my own.

RELATED: Here are the kitchen tools and appliances that made our year of pandemic cooking better

I pulled the pamphlets back out and scanned their recommendations for various frozen items: chicken fingers, french fries, mozzarella sticks. Most directions called for eight to 15 minutes on the 400-degree "air fry" setting. I settled on 10 minutes as a safe starting point. I quickly brushed the frozen buns with some neutral oil and popped them in the pre-heated fryer.

At the seven-minute mark, I remarked to my boyfriend, Stephen, "Wow, those smell amazing." And they did — it was like the smell you catch while waiting in line for a spot at a busy dim sum restaurant mixed with walking past an Auntie Anne's pretzel kiosk in the mall. In retrospect, that should have been my clue to take them out.

When I popped open the fryer lid, I was expecting honey-brown buns with a crisp exterior. Instead, I was greeted by what looked like two little lumps of coal — hard and flaking little black chips that looked like peeling paint. It had been a long time since I burned something so badly; however, I split one of the buns open, and the meat on the inside was still ice-cold. I scooped out what was salvageable, nuked it for 30 seconds and started to read about how other folks had done their prep work.

I was confident I could find more uses for the appliance, but I still obviously had a lot to learn.

"Alright," I thought, as I pulled a can of chickpeas from the pantry and proceeded to spread them out on a paper towel-covered sheet pan. "Let's get back to the basics." Today's "recipe" was basically four ingredients: chickpeas, the tiniest bit of olive oil, smoked paprika and flaky salt.

After I started working from home a couple of years ago, I realized that I needed to keep healthy, crunchy items on hand for those mindless snacking urges between meetings. I cycled through carrot sticks, pickled vegetables, wasabi peas, and finally, crispy chickpeas. These were my favorite because they elevated everything — from clean-out-the-fridge salads to leftover curry — with a salty crunch.

A couple of air fryer blogs recommended 10 minutes at 350 degrees, but I was still gun shy from the bao experience. I checked on them every two minutes like an anxious mom. Thankfully, they became delightfully crunchy right at the 10-minute mark. Could they have gone for another minute or two? Sure, but I was afraid of flying too close to the sun.

I used them in a savory yogurt bowl, made by whipping whole-milk greek yogurt with lemon zest, topping it with sliced avocado, red pepper flakes, yuzu furikake, and of course, the crisp chickpeas.

Since going home for the holidays, where my mom and grandmother both served a dizzying array of casseroles, I had been game-planning how to turn broccoli-rice casserole into crisp little pseudo-arancini, mostly so I could use them as cute toppers for broccoli-cheddar soup.

The air fryer was perfect for the task. You can get the full recipe here.

Stephen brought home a package of five-spice smoked tofu from Phoenix Bean, a local small-batch tofu shop, and we decided to see how it would crisp up in the air fryer. After 15 minutes at 400 degrees, it was pretty good! To see how the tofu would turn out in its simplest form, I only brushed it with a little bit of oil and salt. Served with white rice and some avocado, it was completely satisfying.

Next time, though, I'll definitely go for a marinade and cornstarch coating to really amp up the crispiness factor.

At the end of the work week, all I wanted was a couple of rye old-fashioneds and some snacks to mimic the experience of physically being in a bar again. In that moment, I was no longer testing an appliance for work; I was just a girl standing in front of an air fryer, asking it to make me some mozzarella sticks and tater tots.

Thankfully, this seems to be one of the things it does best. Unlike the bao, the insides of both the mozzarella sticks and the tots were completely warmed through after 12 minutes, while the exteriors were perfectly crisp. It made for a really pleasant evening.

While I don't see myself using the air fryer as a do-all replacement for all of my appliances and cookware (I'm probably never going to, say, attempt to make hard boil eggs in it), it's a great resource for quickly getting a golden-brown exterior on many groceries, especially vegetables. Next on my list to try are sweet potato "chips" and breaded and air fried pickle-spears to serve during the Super Bowl.