Joe Rogan can't stop pushing ivermectin as a COVID treatment. Experts are tired of debunking him

"No legitimate news source should have reported on it," an expert said of the ivermectin press release Rogan shared 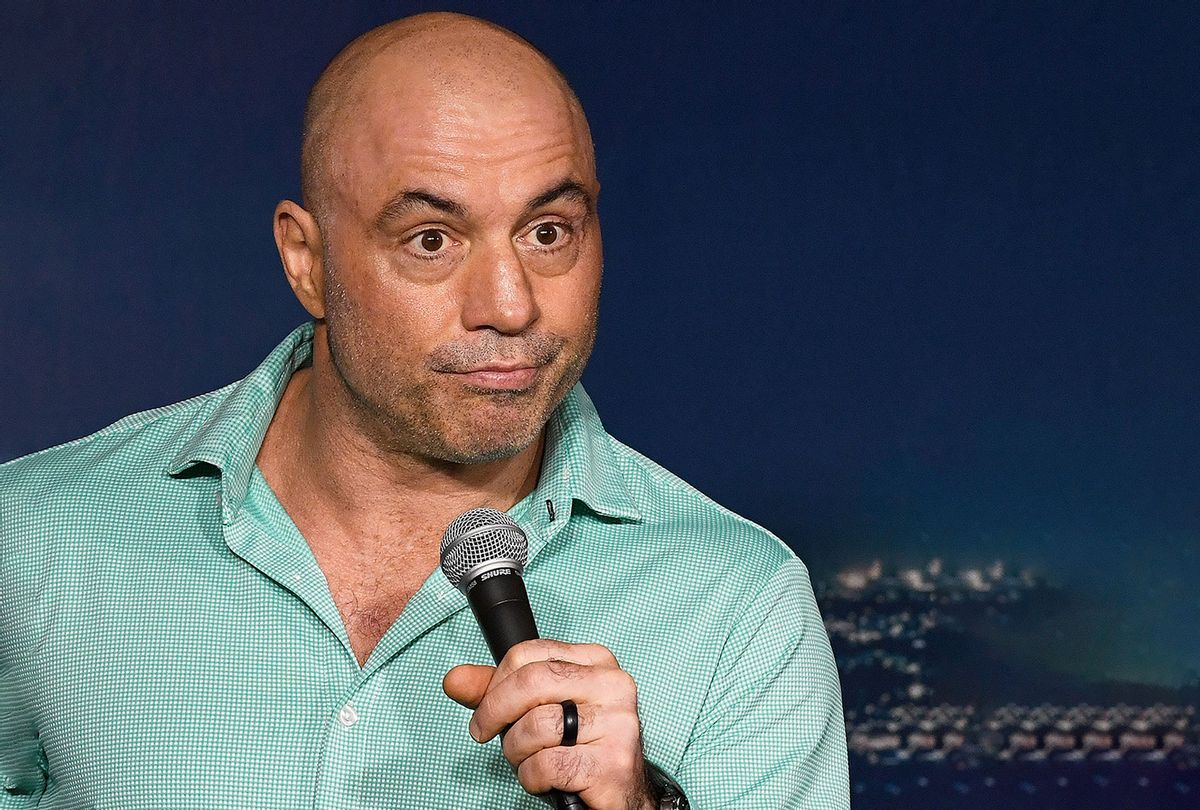 This week, podcaster Joe Rogan tweeted and then deleted a misleading story about ivermectin. The tremendously popular podcaster employed by streaming service Spotify has been in the news recently for touting misinformation regarding COVID-19 treatments; previously, he said he had taken ivermectin, which is an anti-parasitic drug, when he was diagnosed with COVID-19.

The gloating tweet appeared mere weeks after hundreds of medical experts urged Spotify to crack down on COVID-19 misinformation, specifically calling out the dangers of Rogan's podcast. Rogan's now-deleted tweet said "Well, lookie here," and linked to a report on a press release suggesting that ivermectin — an off-label anti-parasite drug used for the treatment of some parasitic worms in people and animals — was "effective" against the omicron variant in a phase 3 clinical trial. Reuters originally reported on the press release on Monday, but quickly made a correction.

"CORRECTION: Japan's Kowa said anti-parasite drug ivermectin showed an 'antiviral effect' against Omicron and other variants of coronavirus in joint non-clinical research," Reuters tweeted. "The @WHO has warned against its use. We will delete a tweet with a misleading headline."

Before the correction was made, many people — like Rogan — Laura Ingraham, and Charlie Kirk, the head of the right-wing campus organization Turning Point USA — shared the misleading article. Curiously, the conspiracy theory that ivermectin is an efficacious COVID-19 treatment, despite little evidence, has become a point of contention within culture wars — with right-wing talking heads promoting the drug.

But science, ostensibly free from the culture wars, should operate without regard for the cultural storm that ivermectin has become enmeshed in. And despite Reuters' "misleading" headline regarding the Japenese study, little attention was paid to the actual study itself, and what it said — and whether it actually did show anything new about ivermectin in treating COVID-19.

The Reuters article was based on a press release from Kowa Co. Ltd., a Japanese pharmaceutical company; at the moment, there is no peer-reviewed study attached to it. The news simply said that in a test-tube study, ivermectin showed "antiviral" capabilities against omicron. However, the company does plan on conducting Phase III human trials; should those show Ivermectin is effective in a way it was not against previous variants, that would merit new news regarding the anti-parasitic drug.

As Salon has previously reported in interviews with scientists, in vitro or test tube studies are limited in what they can reveal. Many different substances kill viruses in test tubes, including chlorine bleach and gasoline; this does not mean that they would do the same in the human body, nor that such substances could or should be injected or ingested to the point that they might eliminate viruses from one's body.

Related: Is there any evidence ivermectin can treat COVID-19? We analyzed the prominent scientific studies

Such in vitro studies "raise eyebrows" to a virologist, Dr. Benhur Lee, a Professor of Microbiology at Icahn School of Medicine at Mount Sinai, previously told Salon. "I can increase the concentration of sodium chloride (table salt) by 50% to my tissue culture cells and show inhibition of most viruses," Lee said. "But I don't go asking people to eat as much salty food as possible to combat virus infections, much less SARS-CoV-2."

As Salon has reported, ivermectin is Food and Drug Administration (FDA)-approved and it can be prescribed by any U.S.-based physician, usually to those with intestinal strongyloidiasis and onchocerciasis — two conditions caused by parasitic worms. However, the drug has been co-opted by those with an anti-vaccine agenda trying to keep people from getting vaccinated. Unlike ivermectin, there is sound scientific evidence that the existing COVID-19 vaccines prevent people from getting hospitalized or dying from COVID-19.

Without a prescription, the only way for a layperson to obtain ivermectin would be at a feed store or farm supply store, which sell the drug as a horse dewormer. As Salon previously reported last summer, some tractor supply stores around the country posted signs reminding their customers that the ivermectin they sell is only for animal consumption. Crucially, the FDA has not recommended ivermectin as a treatment for COVID-19. In fact, the public health agency warns against it. While there have been some studies that have had mild positive results around ivermectin and treating COVID-19, scientists have repeatedly told Salon that these studies, due to their small size or lack of being tested in humans, should be taken with a grain of salt.

Edward Mills of McMaster is a principal investigator of the Together Trial, which consists of more than 5,000 participants, and is the largest Phase 3 randomized, double blind, placebo-controlled trial. That trial found that ivermectin showed no effect in treating COVID-19. Mills explained to Salon via email that the press release Rogan cited refers to "a test-tube study and has the same strengths and limitations as any test tube study."

"It doesn't provide any evidence on the role of IVM [ivermectin] on clinical use," Mills said. "It really should have not received a press release and no legitimate news source should have reported on it."

A second ivermectin-related study that was recently published in the International Journal of Infectious Diseases could be misleading, too. The study states that a five-day course of ivermectin could reduce the duration of COVID-19 symptoms.

"The second study in Bangladesh was actually one of the earliest studies of IVM when people were still very open to repurposed medicines," Mills explained, referring to the latter study. "It is just that it is being published 18 months after it was conducted."

Mills added: "It is by a very well respected group from Bangladesh, but was small and they were doing this without resources."

Mills concluded that there was a time when many scientists were open to evaluating ivermectin from smaller, early studies. But as the science continued with larger, randomized trials, those findings weren't compelling enough to continue.