How likely is it for omicron to mutate into something deadlier? 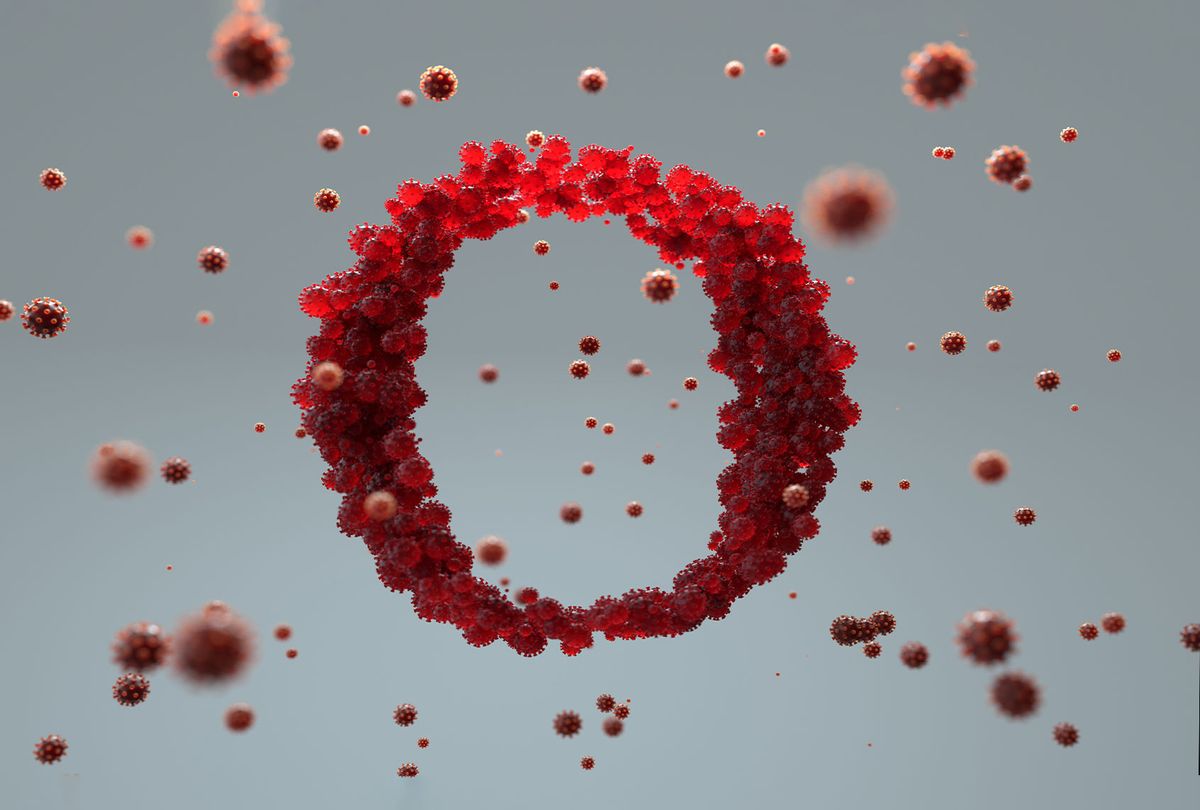 It's hard to know what omicron means for the future of the pandemic. While some have optimistically suggested this could be the final surge before the U.S. moves into a more hopeful period of endemicity, scientists have also warned that the omicron variant — which is less severe albeit more transmissible than delta — could turn into something deadlier.

"People have wondered whether the virus will evolve to mildness, but there's no particular reason for it to do so," Dr. Stuart Campbell Ray, an infectious disease expert at Johns Hopkins University, told the Associated Press last week. "I don't think we can be confident that the virus will become less lethal over time."

As Salon has previously reported, RNA viruses like SARS-CoV-2 are, of course, always mutating; every replication in a hosts' cells creates a moment for a chance mutation to emerge. While viruses are technically not alive, it is their nature to mutate and evolve as they infect hosts' cells and replicate; this is how they survive.

In general, the process of evolution favors those who reproduce faster and better than their siblings. For viruses, this happens when they become more transmissible — which is what we saw with delta, then omicron. But who's to say the virus won't mutate into something more transmissible, and then more deadly later on during the infection period?

"We have two issues — one is can omicron take what it has and attach better to the receptors in the lungs with a single mutation?," said Dr. George Rutherford, a professor and head of the division of infectious disease and global epidemiology at the University of California, San Francisco. "They have a couple of mutations away, and if it did do that better, then it would cause more severe disease and potentially be deadlier — but the evolution of this organism is taking some real twists and turns."

Indeed, while it's scientifically possible for omicron to mutate into a deadlier version of its transmissible self, there are reasons to believe this won't necessarily happen.

"Both delta and omicron weren't kind of logical extensions of what they had been before. They weren't sort of two amino acid mutations from the prior variants; they were very different from the prior variants, which leads to two possible scenarios," Rutherford told Salon. "One scenario is that there was somebody who was infected who was immunosuppressed, and it took an estimated 200 days to clear the virus. So, in one person it went through multiple mutations."

The other scenario, Rutherford explained, is that omicron had a "parallel evolution track" — from infecting animals from a human and then back to humans — that could have caused all of its mutations.

"There is a theory circulating, with both theories circulating, that this was from an HIV infected patient in southern Africa," Rutherford said. "Or there is some compelling data that would lead you to think that this might have evolved in mice and then crossed over from a mouse back into a human population."

Indeed, scientists know animals like minks can develop COVID-19. In 2020, Denmark culled millions of minks in response to COVID-19 outbreaks at more than 200 mink farms.

"As to predicting what's going to happen with the omicron variant, it could get replaced by something that looks very different," Rutherford said, adding that there are three possibilities he sees happening with omicron, considering it's already so transmissible that increased transmissibility might not favor the variant from an evolutionary perspective. "You have to envision something that has a selective advantage for the virus."

According to Rutherford, the first of the three possibilities is that omicron could become more transmissible and "dock the receptor." A second possibility is that the virus could shed in individuals for a longer period of time — instead of two to three days, it could be seven or eight — and infect more people that way. The third possibility is that it could develop properties to become more immuno-evasive and completely bypass immunity built by vaccines.

"So, what does the next mutation hold? Who knows, but those are the sorts of characteristics that would lead a virus to produce progeny per infection and give it a selective advantage," Rutherford said. "Killing the host doesn't necessarily give it a selective advantage — but don't overthink it because if it makes the virus more transmissible, the virus doesn't really care."

Dr. Monica Gandhi, an infectious disease doctor and professor of medicine at the University of California, San Francisco, told Salon that omicron's transmissibility might get in its own way of being able to mutate into something worse because so many people have been, and are likely to be exposed, to omicron. This means that more individuals in the population are building immunity.

Gandhi added there is "no doubt" omicron has also increased worldwide immunity, more so than the delta variant.

"And because it's more mild, that's a big deal in terms of some people not knowing they have it," Gandhi said. "And that's how the [flu] pandemic ended. It's not that it went away — it became endemic and became something that we just dealt with."

More about the omicron variant: