Amidst backlash to the anti-vaccine conent on Rogan's podcast, Spotify begrudgingly offers to "provide balance" 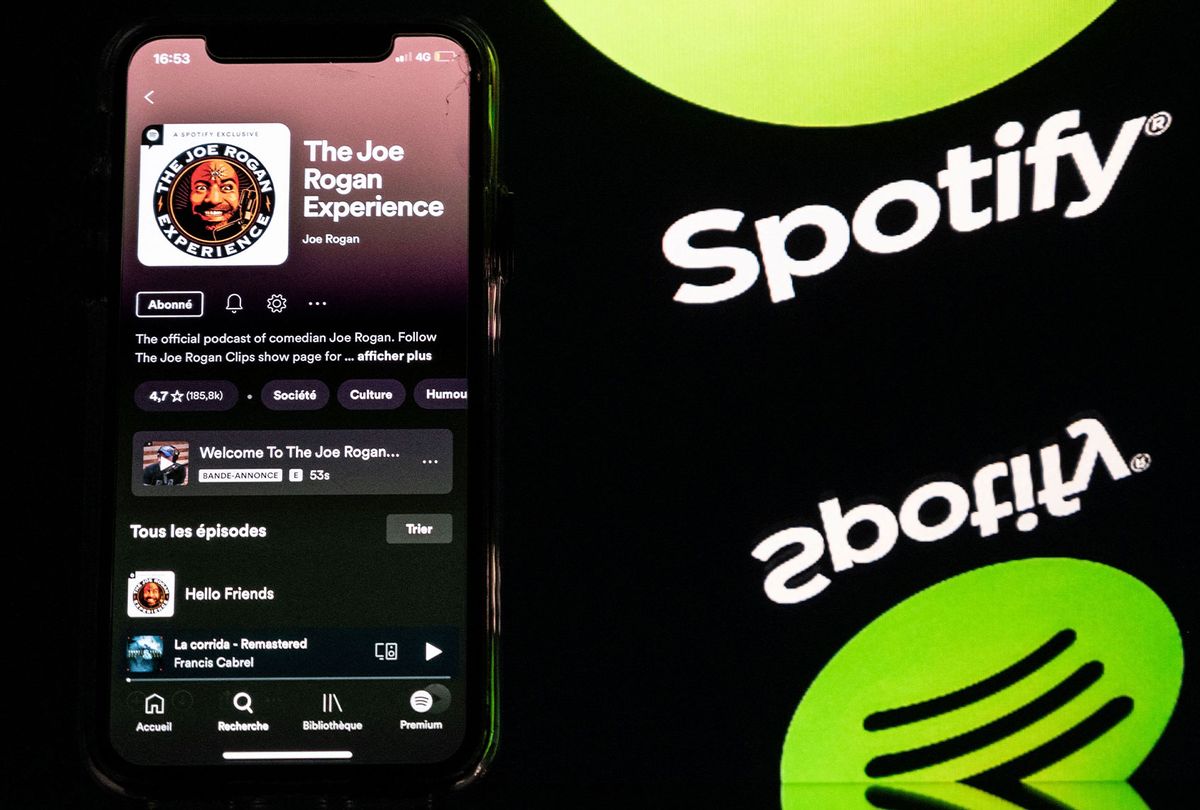 Even if you don't listen to Joe Rogan's podcast, he has a message for you.

In light of recent backlash against his pseudoscience claims regarding COVID-19, Rogan took to Instagram to defend his Spotify podcast, "The Joe Rogan Experience," and deny spreading "misinformation."

"I think there's a lot of people that have a distorted perception of what I do, maybe based on sound bites or based on headlines of articles that are disparaging," the mega-popular commentator said in a 10-minute-long video post, per Variety.

Rogan has consistently used his platform to spread erroneous claims about vaccines and viable treatments for the coronavirus. Following his positive diagnosis for COVID in September of last year, Rogan advocated for ivermectin — an obscure drug used to treat parasites — and supposedly used the drug to help with his recovery. Rogan's podcast has also provided space for vaccine skeptics to spew harmful rhetoric and beliefs. In a New Year's Eve episode of the podcast, Dr. Robert Malone stated that the nationwide advocacy for vaccines was caused by a "mass formation psychosis." A separate episode featured anti-vax scientist Dr. Peter McCullough, who asserted that vaccines were responsible for killing thousands of people.

"I don't know what else I can do differently other than maybe try harder to get people with differing opinions on right afterwards," Rogan added. "Again, I'm not trying to promote misinformation. I'm not trying to be controversial. I've never tried to do anything with this podcast other than just talk to people and have interesting conversations.

"I wanted to hear what their opinion is, I had them on and because of that. Those episodes in particular were labeled as being dangerous — they had dangerous misinformation," Rogan added. He also described both Malone and McCullough as "very highly credentialed, very intelligent, very accomplished people and they have an opinion that's different from the mainstream narrative."

In a statement released on Sunday, Spotify's CEO Daniel Ek responded to the controversy and introduced a new plan to implement content warnings, which will appear alongside podcast episodes discussing COVID-19.

"Based on the feedback over the last several weeks, it's become clear to me that we have an obligation to do more to provide balance and access to widely accepted information from the medical and scientific communities guiding us through this unprecedented time. These issues are incredibly complex. We've heard you — especially those from the medical and scientific communities," Ek wrote in the statement posted on Spotify's website.

In January, a group of medical professionals and public health experts urged Spotify to take action against Rogan's December episode with Malone.

Since then, pop culture figures and musicians have also made their own protests against Spotify platforming dangerous anti-vax information. Prince Harry and Meghan Markle's Archewell production company expressed concerns to Spotify about "the all-too-real consequences of COVID-19 misinformation on its platform," per Yahoo! Entertainment. On Wednesday, musician Neil Young removed his music from Spotify over misinformation claims. Shortly afterwards, singer-songwriter Joni Mitchell and rock musician Nils Lofgren followed suit.

Additionally, author and researcher Dr. Brené Brown, who has an exclusive deal with Spotify for two podcasts, "Unlocking Us" and "Dare to Lead," took to Twitter to announce her decision to halt future episodes until further notice.

According to Ek's statement, Spotify's content warnings will include up-to-date information from reputable scientific sources, resources and credible links on COVID-19. The initiative is also the "first of its kind by a major podcast platform."

"I trust our policies, the research and expertise that inform their development, and our aspiration to apply them in a way that allows for broad debate and discussion, within the lines," Ek continued. "We take this seriously and will continue to partner with experts and invest heavily in our platform functionality and product capabilities for the benefit of creators and listeners alike. That doesn't mean that we always get it right, but we are committed to learning, growing and evolving."