Neil Young leaves Spotify over COVID misinformation: "They can have Rogan or Young. Not both"

In a now-deleted letter, the singer told his record label didn't want to share the same platform as the anti-vaxxer 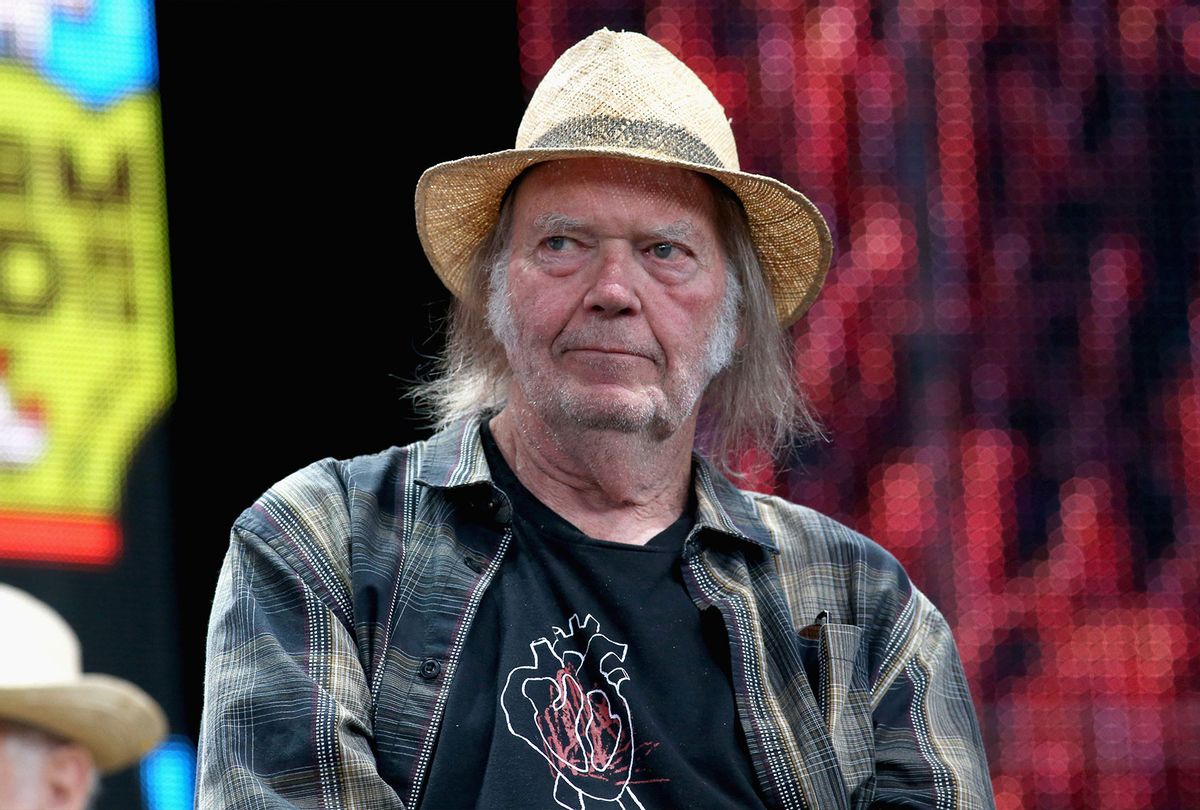 The following story was updated Jan. 27 to reflect Spotify removing Young's music from the platform

In a now-deleted letter addressed to his management team and record label, singer and musician Neil Young declared that he wants all his music to be removed from Spotify, Rolling Stone reported.

The reason for Young's harsh demand? Spotify is also the home to Joe Rogan's infamous podcast — "The Joe Rogan Experience" — where the controversial commentator and former television presenter spews false information regarding COVID-19 and vaccines.

"I am doing this because Spotify is spreading fake information about vaccines — potentially causing death to those who believe the disinformation being spread by them," Young wrote. "I want you to let Spotify know immediately TODAY that I want all my music off their platform. They can have [Joe] Rogan or Young. Not both."

UPDATE: On Wednesday, Spotify stated it would be removing Young's music at his request. A statement by a Spotify rep to Variety reads:

We want all the world's music and audio content to be available to Spotify users. With that comes great responsibility in balancing both safety for listeners and freedom for creators. We have detailed content policies in place and we've removed over 20,000 podcast episodes related to COVID since the start of the pandemic. We regret Neil's decision to remove his music from Spotify, but hope to welcome him back soon.

Recently, a group of scientists, medical professionals and public health experts penned a letter to Spotify, expressing concern over a December episode of the podcast (JRE #1757) featuring Dr. Robert Malone and urging the company to take action against it.

"By allowing the propagation of false and societally harmful assertions, Spotify is enabling its hosted media to damage public trust in scientific research and sow doubt in the credibility of data-driven guidance offered by medical professionals," the letter states. "JRE #1757 is not the only transgression to occur on the Spotify platform, but a relevant example of the platform's failure to mitigate the damage it is causing.

"With an estimated 11 million listeners per episode, JRE is the world's largest podcast and has tremendous influence," the letter adds. "Though Spotify has a responsibility to mitigate the spread of misinformation on its platform, the company presently has no misinformation policy."

"The Joe Rogan Experience" is one of the most popular podcasts and the most-searched-for podcast on Spotify, according to a brief posted on Spotify's For the Record. The podcast, which premiered in 2009, was acquired by the music & audio streaming provider in May 2020 through a multi-year exclusive licensing deal.