Joe Rogan, Jordan Peterson give their definition of Black and say "there's no such thing as climate" 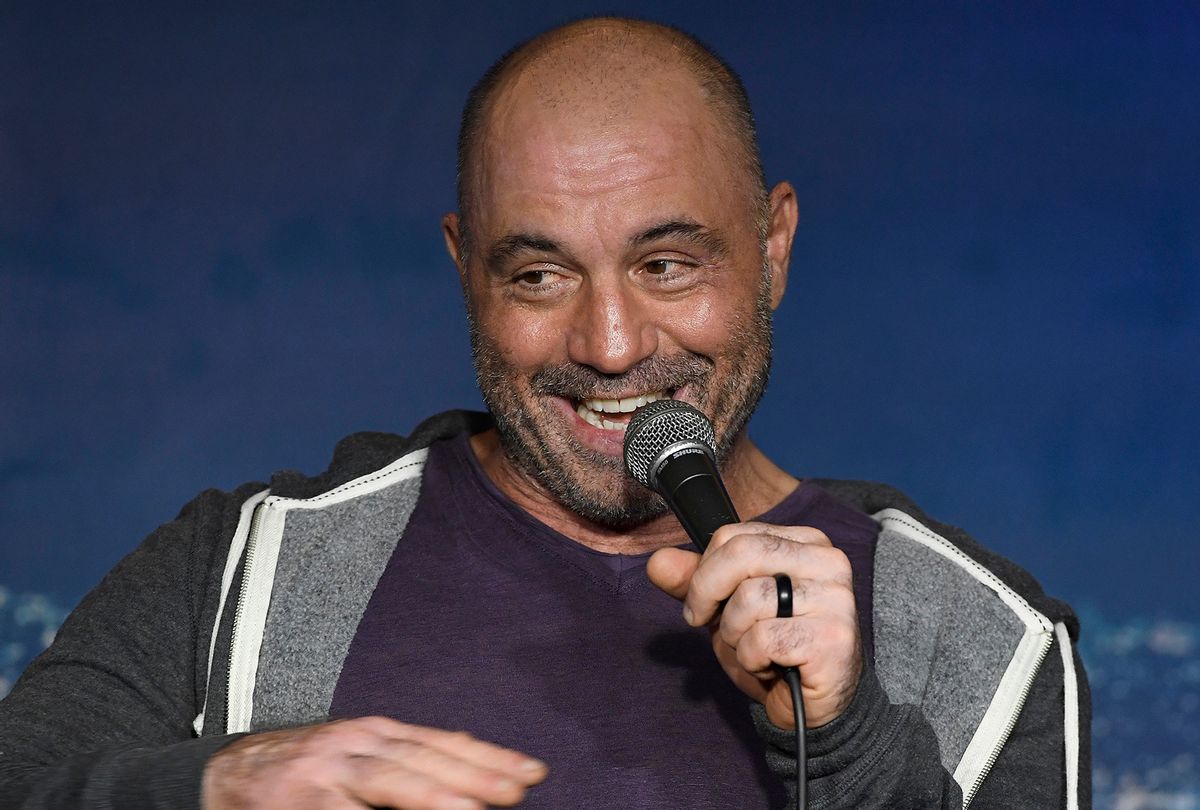 Spotify's $100 million dollar man, Joe Rogan, has found himself at the wrong end of a number of controversies recently for the scientifically questionable content being put forward on his wildly popular program, "The Joe Rogan Experience." First, he hosted an anti-vax scientist who compared U.S. public health authorities promoting COVID-19 vaccination to the Nazis — comments that inspired a fierce backlash and calls for a boycott of Rogan's show.

Then came a feud with legendary artist Neil Young, who pulled his music from Spotify after an ultimatum: You can have me or Rogan's COVID-19 misinformation, but not both.

Now, Rogan's back in the crosshairs of the scientific community after an episode with the clinical psychologist and occasional right-wing pundit Jordan Peterson, which was riddled with false claims about a number of topics — most notably during extended riffs on climate change and racial identity of "Black" Americans.

Here are some of the wildest claims from a particularly wild conversation:

1) That climate change doesn't exist because there's "no such thing as climate."

For more than 30 minutes of the episode's more than four-hour run time — yes, seriously — the two men discussed the veracity of the scientific establishment's broad agreement that climate change is real and that humans are to blame.

Rogan begins by saying he's reading a book about the subject, which he says "requires a lot of thinking" to look at criticisms on "both sides" of the issue.

"The climate change one is a weird one," he says, prompting an equally articulate response from his guest.

Though it's not exactly clear, Peterson seemed to be making the point that measuring Earth's climate over time will naturally lead researchers to assess a large number of variables — and that making sense of so many variables is an impossible task. For the record, it's not exactly what real climate scientists say about the subject.

ROGAN: What do you mean by everything?

PETERSON: That's what people who talk about the climate apocalypse claim, in some sense. We have to change everything! It's like, everything, eh? The same with the word environment. That word means so much that it doesn't mean anything. … What's the difference between the environment and everything? There's no difference.

2) Calling a light-skinned person Black is "weird" — and should only be reserved to African natives "not wearing any clothes" all day.

This side-conversation began when Rogan brought up the work of author and academic Michael Eric Dyson, who several years ago criticized Peterson as a "mean, mad white man."

In response, Peterson said it was "a lie" to call him white, insisting that he's "kind of tan" — a description he would extend to Rogan as well.

"And [Dyson] was actually not black — he was sort of brown," Peterson added. Rogan then took that idea and ran with it:

"Well, isn't that weird? The Black and white thing is so strange because the shades are... There's such a spectrum of shades of people. Unless you're talking to someone who is, like, 100% African from the darkest place where they're not wearing any clothes all day and they've developed all that melanin to protect themselves from the sun. Even the term Black is weird and when you use it for people that are literally my color, it becomes very strange.

For some unknown reason, Jordan Peterson also wore a full tuxedo to the interview — a strange choice given the host's notably laid-back style.

Listen to the full episode (if you must):