In reality, race makes no sense. So it's no surprise that racism is inconsistent and nonsensical 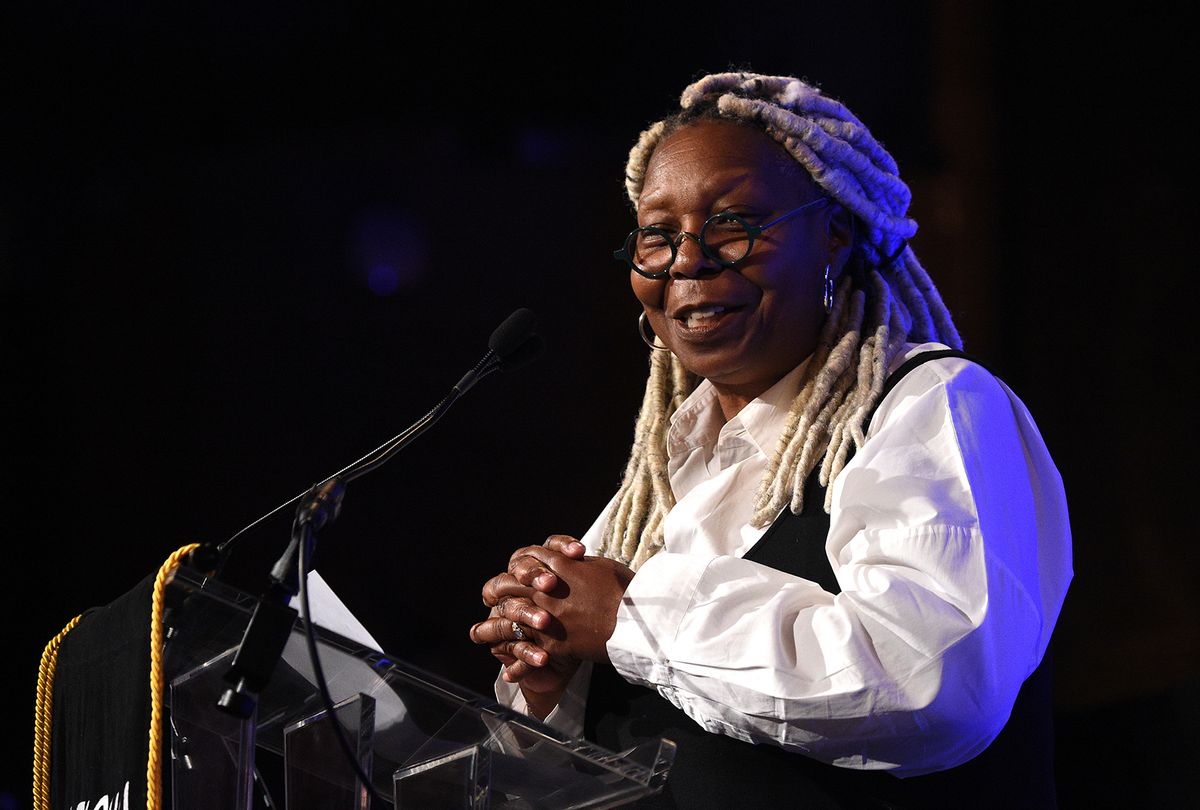 The last few weeks have seen a significant amount of antisemitism. People were taken hostage at a synagogue. There was a neo-nazi rally in Florida wth blood libel chants. And an important work about the Holocaust, Maus, was banned in a Tennessee school district.

The controversy dominating the news the past few days has been an incorrect comment on the Holocaust from Whoopi Goldberg. She Goldberg said the Holocaust wasn't about race. "This is White people doing it to White people," she said on "The View." (ABC, which broadcasts the program, suspended the co-host for two weeks.)

Goldberg's comments show a clear misunderstanding of antisemitism and the Holocaust, but that isn't surprising considering the attempts to ban teaching accurately about race and history in this country.

In reality, race makes no sense. So it's no surprise that racism is inconsistent and nonsensical or that talking about it is confusing.

There is a lot to unpack when trying to understand race, antisemitism, and white supremacy. Antisemitism predates modern conceptions of race and racism, and Jews as a community don't fit neatly into contemporary categorizations of a religion or even ethnicity.

If you get three Jews in a room, you'll get five opinions on this topic. So it's understandable that people can make good-faith mistakes about complicated topics regarding .2 percent of the world's population.

Additionally, the history of the Holocaust and antisemitism in general is very badly taught in the US. New laws limiting what teachers can say in class will only deepen the misunderstanding. Racism and antisemitism are embedded in Ameirca's white supremacist culture. The only way to combat them is by confronting them head-on.

One of the reasons all of this is so hard to understand is because the entire concept of race is an arbitrary modern social construct. There is absolutely no scientific basis for racial categorizations.

Take a step back and try to define race. How would you separate people into different categories?

Would you base it on skin color? If so, how would you explain that East Asian people, often with very light skin, are a different race from "white" or caucasion people? Or that South Asian people with darker skin are actually included in the caucasian racial distinction?

Ultimately these decisions came down to a common understanding of who was white and who was not. Such racial distinctions were just as arbitrary, as if we separated people based on height or hair color.

White supremacy is built on a hierarchy of exclusion that's often fluid depending on what serves that hierarchy best. While antisemitism predates race and racism, it has been absorbed into white supremacy which is often Christian centered even if not particularly religious.

Jews as a group, no matter their race, are a target of white supremacy.

Jewishness isn't a race or a religion or an ethnicity. Even the term "ethnoreligion," often applied to us, doesn't do our community justice.

Ashkenazi usually describes an ethnic group that's mostly white and that ended up in Eastern Europe. Sephardic is the term for the group of Jews that were in the Iberian Peninsula. Mizrahi refers to Jews from Western Asia and North Africa. Ethiopian Jews are obviously African.

While these terms do illuminate ethnic conversations around Jewishness, they are far from sufficient. When someone converts to Judaism, they become fully Jewish and part of our people.

Adoption or intermarriage can racially diversify Jewishness. Not all Ashkenazi Jews have white skin. Many Jews of color are also Ashkenazi. We consider all Jews "ethnically" Jewish and part of our people.

Also most white supremacists aren't very smart. I'm often faced with harassment from Twitter accounts telling me Jewishness is a race because Ashkenazi shows up on DNA tests. Of course, they seem to forget that "French" would also show up on a DNA test. I don't think they're claiming French people are a different race.

When Hitler and the Nazi Party developed their plan to exterminate Jews and build an Aryan race, they were absolutely acting out of white supremacy and racism. Antisemitism in Europe had a long history of racializing Jews and not seeing Judaism as just a religion.

The Holocaust was not just about religion –converting to Christianity, or only being "part" Jewish, did not protect people from the Nazis. The Holocaust aimed to exterminate undesirables to build a master race.

It was focused on Jews but it also Roma, Black Germans, the disabled, and gay and gender non-conforming people. White supremacy doesn't just want to exclude racially undesirable people, but anyone who could "pollute" the white race with disability or "deviant" sexual behavior. Jews are also often seen as contributing to such pollution through encouraging deviant sexual behavior in non Jews.

Goldberg is right that white-skinned Ashkenazi Jews are not a distinct race, but that doesn't mean the Holocaust wasn't about racism. So if you're confused about race and Jews and the Holocaust, you're not alone. This is all very confusing and none of it is consistent or logical.

Othering and bigotry aren't logical. They exist to support hierarchical thinking and oppression. But as long as racism and antisemitism exist, we need to take them seriously and respond to the continued oppression and harm. This is why actions like banning Maus or Beloved are so harmful. They limit the tools we have to understand the harm.

Suspending Goldberg doesn't help. All it does is punish someone for engaging a difficult conversation and misunderstanding some of it.

Goldberg did exactly what we want people to do when they make a mistake. She listened to experts. She apologized.

Please pay a little more attention to blood-libel claims and a little less to someone making an honest mistake.