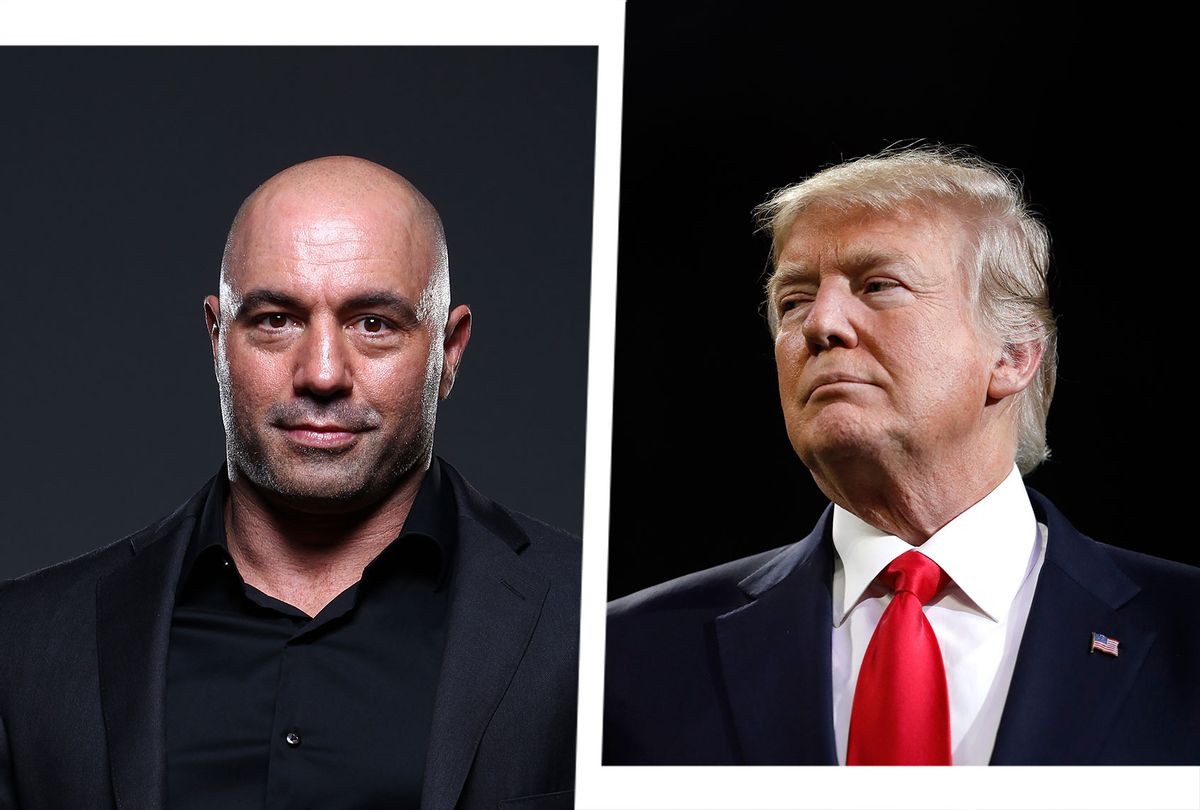 Conservatives are urging the massively popular podcaster Joe Rogan, who has come under fire over COVID-19 misinformation and his prolific past use of the N-word, not to apologize, claiming that any criticism is an attempt by the left to "silence" free speech.

The current Rogan controversy began in earnest last month, when rock legend Neil Young demanded that all his music be removed from Spotify — which has an exclusive contract with Rogan — over the podcaster's promotion of vaccine misinformation. Rogan has repeatedly touted the use of ivermectin to treat COVID-19 symptoms, for example, even though there is little or no scientific evidence to support its efficacy.

Last week, Rogan again came under fire after old videos surfaced of the podcaster repeatedly using the N-word in roughly 70 episodes, which Spotify has since deleted.

Days later, Rogan apologized and acknowledged that it's "not my word to use."

RELATED: The media has lost the plot on ivermectin

"I am well aware of that now, but for years I used it in that manner," he said over Instagram. "I never used it to be racist because I'm not racist."

Leading figures on the right have stepped up to say that Rogan has nothing to apologize for.

On Monday night, Donald Trump — an alleged user of the N-word and a well-documented spreader of junk science about COVID-19 — told Rogan outright to "stop apologizing to the Fake News and Radical Left maniacs and lunatics."

"How many ways can you say you're sorry?" Trump added. "Joe, just go about what you do so well and don't let them make you look weak and frightened."

Florida Gov. Ron DeSantis, who recently refused to condemn a neo-Nazi gathering in Orlando, said during a Fox News interview on Monday that Rogan "shouldn't have apologized" for using N-word, accusing the "left" of attempting to "destroy him."

"I think the left fear the fact that he can reach so many people, and so they're out to destroy him," DeSantis said. "But what I would say is don't give an inch. Do not apologize. Do not kowtow to the mob. Stand up and tell them to pound sand. If you do that, there's really nothing that they're able to do to you. The only way they have power is if you let them get your goat."

RELATED: Ron DeSantis accuses Democrats of trying to "smear" him over neo-Nazi rallies

Spotify, for its part, has stood by Rogan despite the mounting controversy. "While I strongly condemn what Joe has said," Spotify CEO Daniel Ek said on Monday, "I want to make one point very clear — I do not believe that silencing Joe is the answer."

Rumble, a right-wing platform marketing itself as an alternative to YouTube, apparently saw a business opportunity and sent  Rogan a letter of interest.

On Monday, Rumble CEO Chris Pavlovski offered Rogan a $100 million deal to woo the podcaster away from Spotify, writing: "We stand with you, your guests and your legion of fans in desire for real conversation. So we'd like to offer you 100 million reasons to make the world a better place."

Though the move was almost certainly a public relations ploy, according to Axios, Rumble's special-purpose acquisition company (SPAC) immediately spiked in value by 39% after the Rogan offer

Read more on the "controversy" around Joe Rogan: