The exodus continues, and even The Rock is no longer supporting the guy he wanted to share tequila with recently 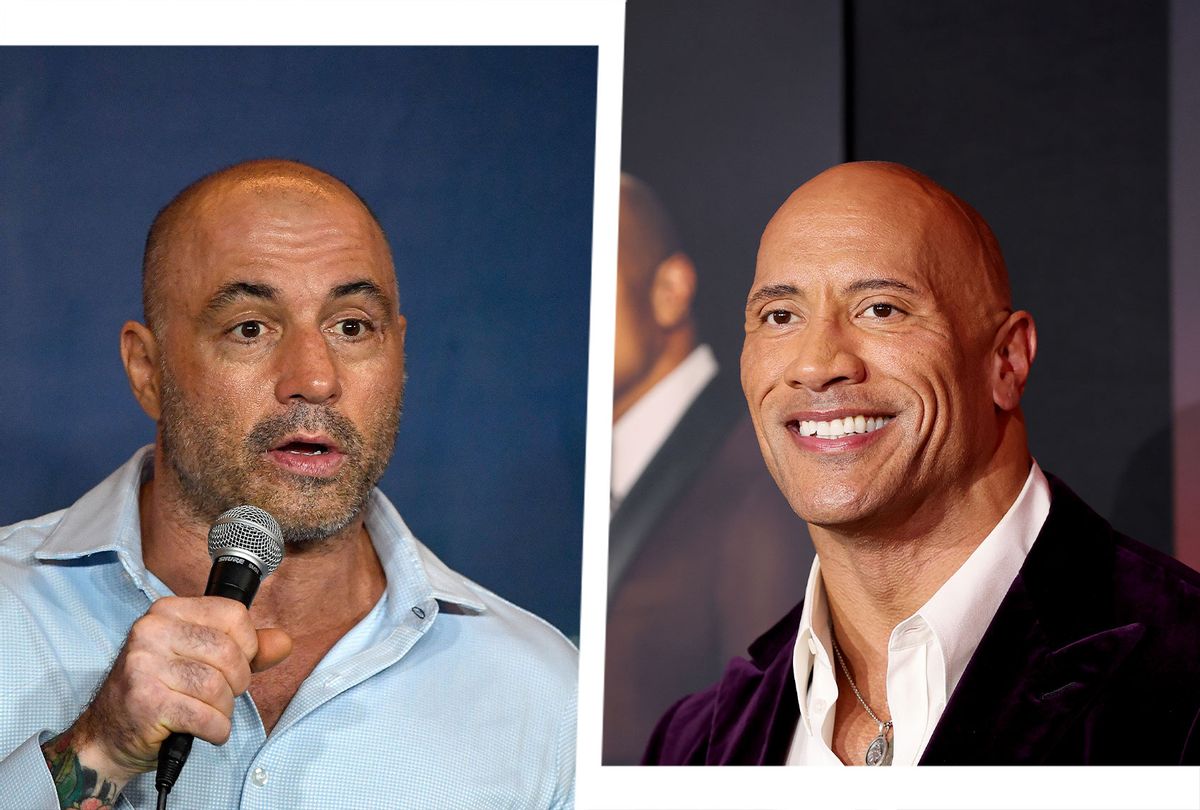 The latest brouhaha centers on Rogan's demeaning comments about race and unapologetic usage of racial slurs. Last Thursday, India.Arie took to social media to share an edited compilation of video clips in which Rogan employs the N-word approximately "two dozen times" and likens Black people to "Planet of the Apes." The singer-songwriter described Rogan's "language around race" as problematic and announced her request to take off her music and podcasts from Spotify.

"He shouldn't even be uttering the word — don't even say it, under any context," Arie said per The Hollywood Reporter.

Rogan responded with a 6-minute-long video apology on Instagram, explaining that he used the slur in its entirety when it came up in conversations.

"I can't go back in time and change what I've said. I wish I could. Obviously that's not possible," he continued. "But I do hope that this can be a teachable moment for anybody that doesn't realize how offensive that word can be coming out of a white person's mouth in context or out of context. My sincere and humble apologies. I wish there was more that I could say, but all of this is just me talking from the bottom of my heart. It makes me sick watching that video."

The recent revelation also prompted actor Dwayne "The Rock" Johnson to reconsider his support for the controversial podcaster. In a quote tweet, the "Red Notice" star said he's "become educated to his [Rogan's] complete narrative" and thanked author Don Winslow for making him aware of Rogan's past racist statements.

Meanwhile, Spotify removed 71 episodes of Rogan's podcast "The Joe Rogan Experience" from its archive for its content. However, a quick scroll through the podcast's home page shows that episode #1757 - Dr. Robert Malone, which raised public health concerns amongst health professionals over COVID-19 and vaccine misinformation, is still available for listening.

Despite this difficulty, Spotify is standing by Rogan.

In a memo obtained by Variety, Spotify CEO Daniel Ek denounced Rogan's comments but asserted that Rogan would not be kicked off of the platform. Additionally, Rogan's multi-year exclusive licensing deal — established in May 2020 with Spotify — wouldn't be terminated.

"I do not believe that silencing Joe is the answer . . .  canceling voices is a slippery slope," Ek wrote in Sunday's memo.

It's clear that Spotify wants to stay in the Rogan business, no matter what he does or says. Sure, they may need to remove a healthy chunk of episodes and provide warnings about content, but they'd do that for any creator, right? Or perhaps the creators who are lucrative.

"If we believe in having an open platform as a core value of the company, then we must also believe in elevating all types of creators, including those from underrepresented communities and a diversity of backgrounds," said Ek, who added the company is "committing to an incremental investment of $100 million for the licensing, development, and marketing of music (artists and songwriters) and audio content from historically marginalized groups" as part of an effort to diversify Spotify's content.

"While some might want us to pursue a different path, I believe that more speech on more issues can be highly effective in improving the status quo and enhancing the conversation altogether," he said.

The boycott, however, raised issues on legacy and power amongst some artists who supported Young's decision but were unable to follow suit. In an interview with Rolling Stone, singer-songwriter and author Rosanne Cash shared that "less powerful" artists greatly rely on streaming services to share their music and make money.

"These are digital platforms where they make a living, as paltry as it is," Cash said. "There are a lot of younger artists who are starting out [who] can't do it, or it would be sacrificing their income. .  .  .There's this hashtag going around, 'Delete Spotify.' OK, great. Go to Apple Music or wherever. But how about paying artists for their work?"

As of Feb. 4, Variety reported that 19% of Spotify users have canceled their service, or plan to, over the Rogan controversy. Another 18.5% of users said that they would consider canceling their service if more of their favorite artists decided to remove music and content.