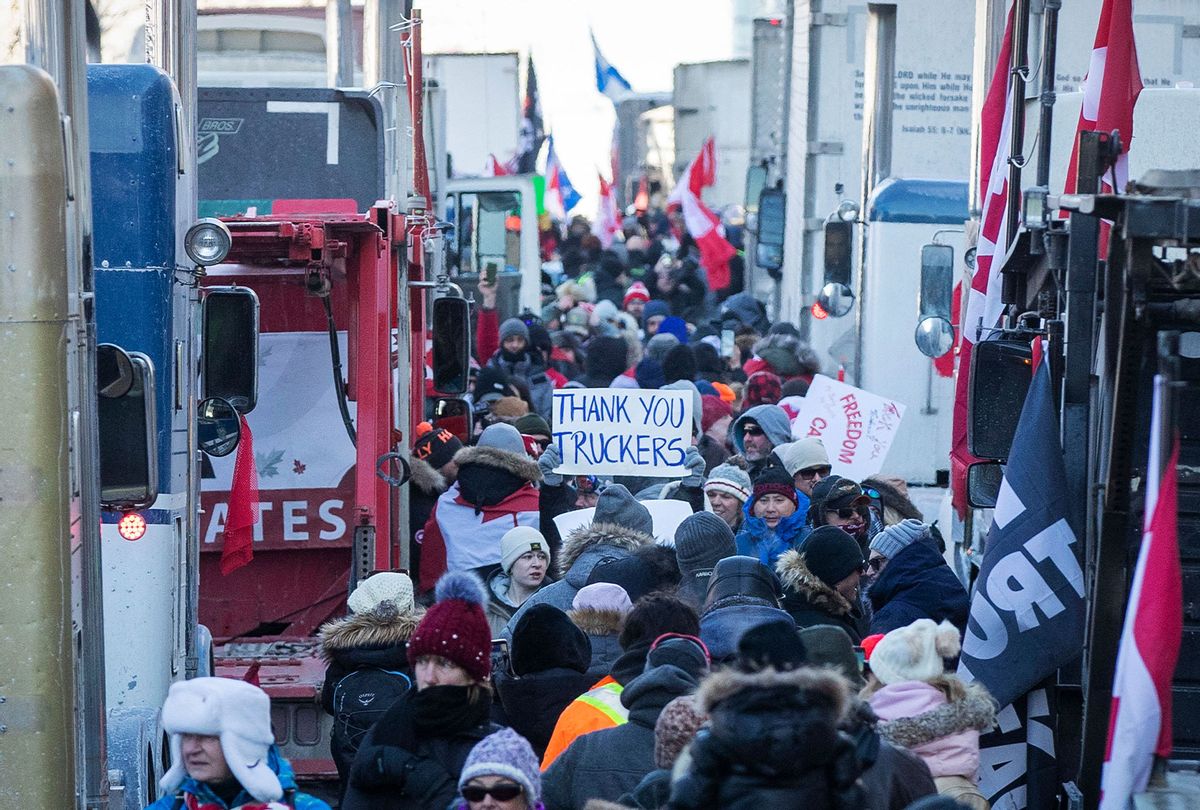 Supporters arrive at Parliament Hill for the Freedom Truck Convoy to protest against Covid-19 vaccine mandates and restrictions in Ottawa, Canada, on January 29, 2022. - Hundreds of truckers drove their giant rigs into the Canadian capital Ottawa on Saturday as part of a self-titled "Freedom Convoy" to protest vaccine mandates required to cross the US border. (LARS HAGBERG/AFP via Getty Images)
--

Canadian police are attempting to clear a blockage of the Ambassador Bridge caused by anti-vax protesters attempting to prohibit entryway into the United States. The disruption of passage through North America's widely used crossing has been a problem of great concern for the past six days.

The call to action was set in motion on Friday when an Ontario judge granted an injunction to allow Canadian police to begin their work in clearing the bridge. Current protesters at that time were given until 7 p.m. Friday night to clear out, and the numbers were said to steadily decrease at that point, according to CNN, but roughly 50 trucks, and a smattering of steadfast protesters remained until the early hours of Saturday morning.

"We urge all demonstrators to act lawfully & peacefully. Commuters are still being asked to avoid the areas affected by the demonstrations at this time," said Windsor police in a statement posted to Twitter.

Canadian police further warned that protesters refusing to clear their station on the Ambassador Bridge will be subject to arrest, and their vehicles may be towed. Additionally, those who remain face a $100,000 penalty, and a one year prison sentence.

"One by one, we'll start towing the cars if required," Windsor Mayor Drew Dilkens said in a statement.

These protests began last month when new rules were put in place that required Canadian truckers crossing the U.S.-Canadian border to be completely vaccinated against COVID-19 or to quarantine for two weeks upon their return. After news of the new measures broke, blockades began to appear at various border access points.

Canadian police attempting to clear the Ambassador Bridge this morning are hoping to do so peacefully. According to The New York Times, the first wave of officers on the scene Saturday morning were not equipped with shields or riot gear, but do have reinforcements standing guard close behind in case things do get out of hand.