S.F. cops may have "regularly" used DNA taken from likely rape victims to incriminate them in other crimes 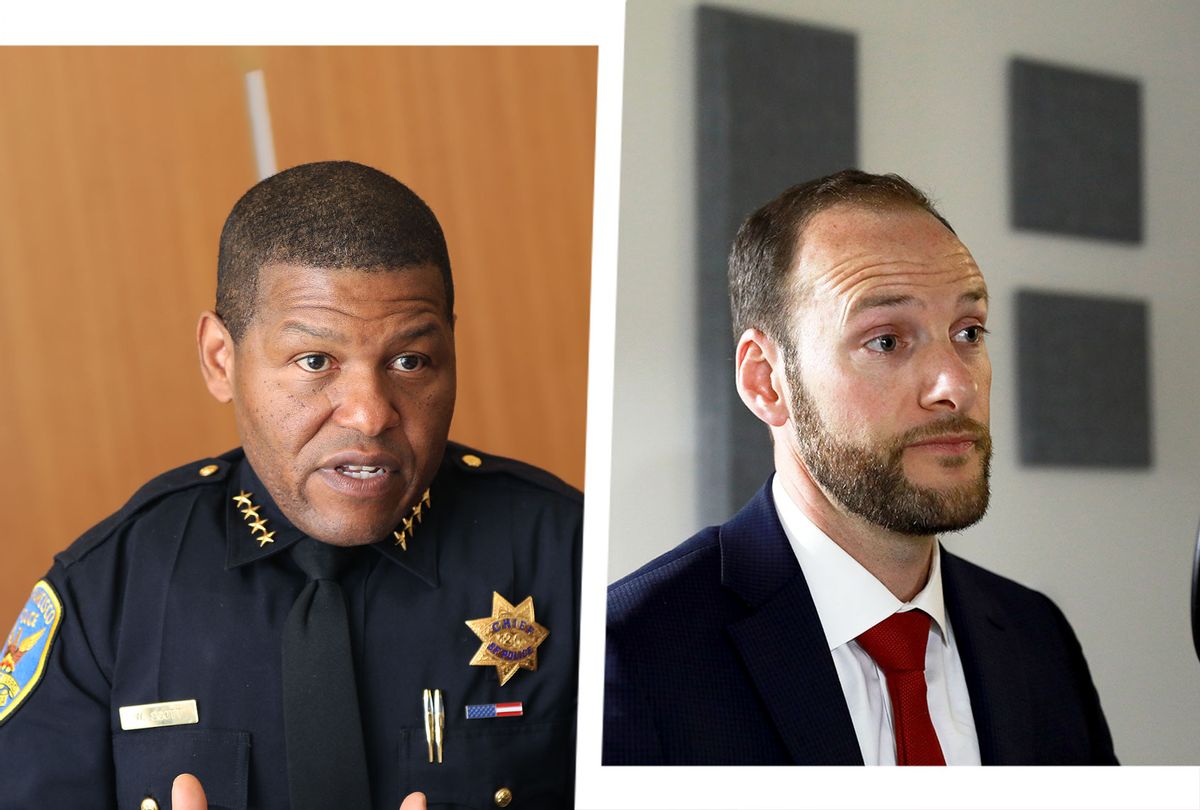 Boudin said that the San Francisco Police Department crime lab had entered DNA obtained from likely victims of sexual assault into a crime database in an "attempt to subsequently incriminate" them in other cases entirely unconnected to the alleged rapes.

"I am disturbed that victims who have the courage to undergo an invasive examination to help identify their perpetrators are being treated like criminals rather than supported as crime victims," he said in a statement. "We should encourage survivors to come forward — not collect evidence to use against them in the future. This practice treats victims like evidence, not human beings. This is legally and ethically wrong."

Boudin said the practice may violate the California state constitution and called on police to immediately stop the practice, urging lawmakers to introduce legislation banning such tactics.

Boudin did not provide details, and did not say how many such cases there may be. He said he learned of the practice a week ago when a woman was arrested on suspicion of an unrelated property crime based on DNA collected years earlier in a domestic violence and sexual abuse investigation, according to the San Francisco Chronicle.

The department's report said that "during a routine search of the SFPD Crime Lab Forensic Biology Unit Internal Quality Database, a match was detected and verified. Direct comparisons with the samples listed below were performed," listing the sample from the victim's 2016 rape kit, according to the Washington Post.

Boudin told the outlet that the language suggested that the practice was "routine and not an isolated incident," and the head of the crime lab confirmed to his office that such searches are "done regularly."

Boudin said that the waivers signed by alleged victims of sexual assault before their DNA is collected do not disclose that the DNA may be entered into other databases.

"Even if it were mentioned somewhere in the fine print, is that an appropriate waiver to seek from a victim who's just come in and reported a sex assault?" he told the Chronicle. "Absolutely not."

San Francisco Police Chief Bill Scott said in a statement that the woman may have been identified as a suspect "through a DNA hit in a non-victim DNA database."He said his office would review the matter and the department's DNA collection practices and policies. Scott said that the department's policies have been "legally vetted and conform with state and national forensic standards" but added that his office will work with community and legal groups to "pursue any changes necessary."

"We must never create disincentives for crime victims to cooperate with police, and if it's true that DNA collected from a rape or sexual assault victim has been used by SFPD to identify and apprehend that person as a suspect in another crime, I'm committed to ending the practice," Scott said.

San Francisco Supervisor Hillary Ronen said she is working with the city attorney's office to draft legislation to prevent DNA evidence or any other evidence from a victim's rape kit to be used for anything other than investigating the rape.

"There are already enormous barriers for victims of rape to come forward to report the crime," Ronen said in a statement. "Any DNA evidence collected from victims of rape must not be used for any other purpose than investigating the rape itself and of course must never be used against the victim herself."

State Sen. Scott Wiener, a San Francisco Democrat, said he would work with Boudin's office on any necessary legislation.

"Sexual assault is one of the most traumatic experiences anyone can undergo," Wiener said in a statement. "Coming forward after a sexual assault to provide a rape kit can be re-traumatizing. Too many people decide not to take that step, given the trauma. Yet survivors can at least be assured — or so they thought — that the sample they provide for a rape kit will only be used for the sexual assault investigation and not misused for other purposes."

Boudin, a progressive prosecutor who has focused on reducing the jail population and holding police more accountable, currently faces a recall campaign led by critics who accuse him of implementing policies that have led to an increase in crime.

Tensions have mounted between Boudin and the police department. Scott earlier this month announced that the department would no longer cooperate with Boudin's office on investigations of officer-involved shootings, in-custody deaths and other "use of force" incidents as laid out in a 2019 agreement between the DA's office and the department. The move came after Scott accused Boudin's office of withholding exculpatory evidence against an officer charged with beating a suspect, though one such withholding came before Boudin took office and a judge found that none of the information was unknown to police, according to SF Gate.

"It is disappointing but no coincidence that SFPD chose to withdraw from this agreement during the first-ever trial against an on-duty San Francisco police officer for an unlawful beating," Boudin's office told the outlet. "SFPD's decision comes a week after an SFPD fatal police shooting in which police falsely characterized the decedent as being in possession of a firearm and weeks after a criminal case was dismissed after officer excessive force came to light. San Franciscans deserve to be safe — including from unwarranted police violence."

Scott vowed that the tensions with Boudin would not affect the department's handling of the rape kit allegations.

"Whatever disagreements District Attorney Boudin and I may have, we agree that this issue needs to be addressed," he said. "At the end of the day, our respective departments exist to do justice for victims of crime. The last thing we should ever do is discourage their cooperation with us to accomplish that."