In the end, "Peacemaker" is the villain-turned-hero worth crossing the TV galaxy for

A certain bounty hunter may have legacy on this side, but John Cena's buffoon made a killing by trying to be good 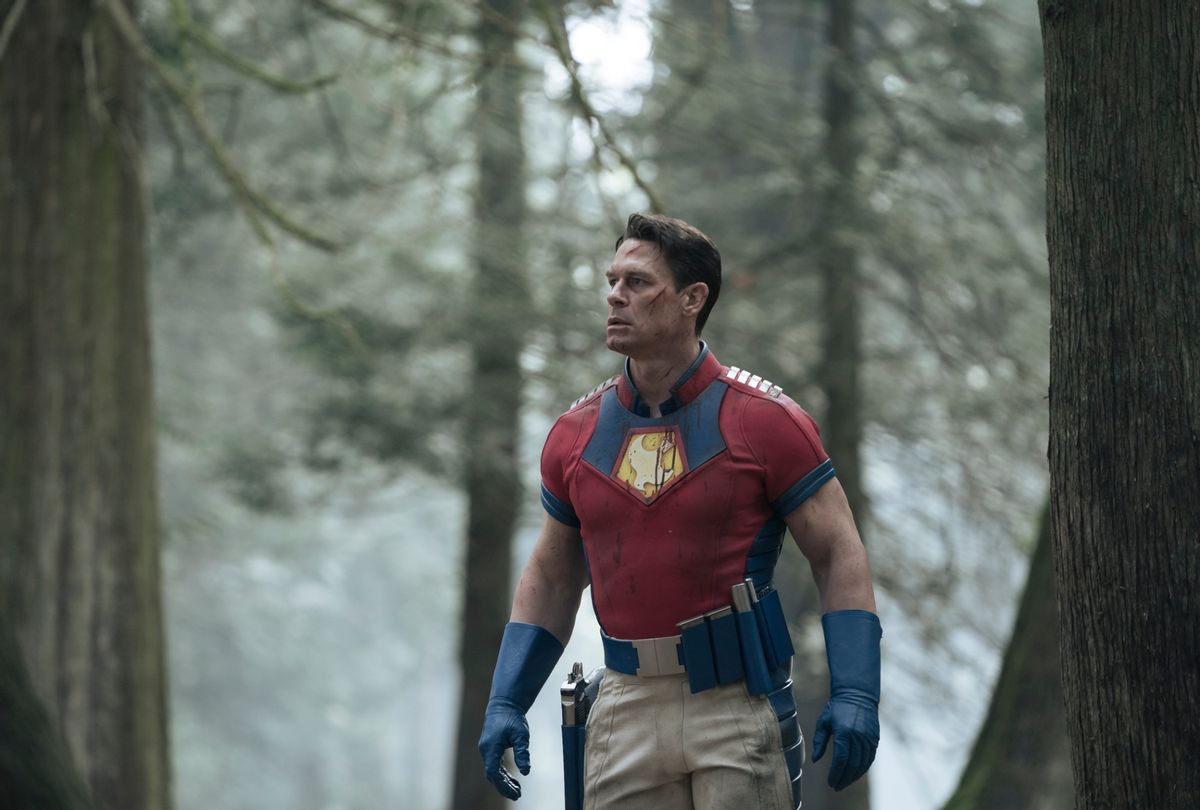 The following contains spoilers for the "Peacemaker" season 1 finale.

There was never any official competition between "Peacemaker" and "The Book of Boba Fett," even though they share a few common traits.  Each is part of sprawling genre franchises bent on dominating popular culture via interrelated films and TV shows. Each revolves around a main character on a quest for redemption. And each of those men wears a bucket-shaped helmet.

But if you had asked anyone a couple of months ago which would emerge as the hero of 2022's midseason, their money probably would have been on the fabled "Star Wars" bounty hunter. Between Boba Fett and John Cena's Chris Smith, aka Peacemaker, the space mercenary has decades of legend, mystery and good will on his side, most of which his TV series squandered over its brief season.

Peacemaker, the lowest-regarded surviving member of the Suicide Squad, had nowhere to go but up in our estimation. Thanks to the combined comedy talents of Cena and James Gunn, who wrote every episode and directed most, that's what happened. The eight-episode first season of "Peacemaker" is a pure pleasure because it kept the story as simple as its hero's logic. Mostly.

Two thirds through the finale (titled "It's Cow or Never") Gunn flipped over everything we assumed about our hero's mission, reminding us yet again that most comic book morality is never clean-cut. It also established that between the two helmets, while the Mandalorian armor's may look cooler, Peacemaker's various lids are far more fearsome.

Through the previous episodes, Cena's Peacemaker and his team Leota Adebayo (Danielle Brooks), Emilia Harcourt (Jennifer Holland), John Economos (Steve Agee) and their accidental ally Vigilante (Freddie Stroma) engaged in a fairly straightforward quest, hunting a legion of aliens called "butterflies" that have infiltrated all levels of society by taking over human bodies.

According to their commander Clemson Murn (Chukwudi Iwuji), the butterflies' goal is world domination. In their view, Murn tells them, humans are an inferior species unworthy of this planet. In that respect the bugs appear to share many sentiments with Peacemaker's white supremacist father Auggie (Robert Patrick), a true supervillain who decides to murder his son for consorting with anyone who isn't white, straight or Christian enough.

But once Peacemaker is in striking distance of the butterflies' food source – a gigantic, larval beast they call "the cow" – their leader Goff (Annie Chang) proposes that he assist her in teleporting the "cow" to another hidden location, explaining they have the same goal. The butterflies came to this planet to save themselves after they'd destroyed their own, and Goff only wants to stop humanity from suffering the same fate. Just as he purports to want peace, so do they.

Heroes and villains have grappled with such quandaries since the dawn of comics, of course. It's what keeps their arcs endlessly interesting.  Wouldn't we lose interest in Magneto if there weren't something tragically noble about him? Conversely, and perversely, was Thanos wrong about the universe being completely overpopulated and out of balance? What is he, if not an overly zealous urban planner?

Placing this choice in Peacemaker's hands, though, is particularly fun. As the season progresses Gunn deepens his friendship with Leota, the only member of the team who has faith that this idiot who murdered a lot of people in fulfillment of a vow to only kill for peace can truly change for the better.

Leota also frames him, as part of following orders given to her by her mother, Amanda Waller (Viola Davis) but even this leads to a breakthrough for both. At first he doesn't accept her apology but, being the immature oaf that he is, Chris gets back at her by using her as human torpedo to destroy their gooey, disgusting alien target.

Putting all intellectualizing aside for a moment, the main reason "Peacemaker" succeeds is because it remembers to have a good time while delivering a satisfying wallop to people that we can universally agree are terrible. The action sequences were tightly choreographed, ferocious and frequently as hilarious as the furious storm of punchline exchanges.

Gunn's writing humanized every single character – even Vigilante, a psycho unable to comprehend simple human cues like sarcasm, but who nearly collapses into tears when he realizes he may have failed his friend and hero. Best of all, he gifted us with the handsomest savior in the DC Universe, Eagly.

And the finale's cameo appearances by Jason Momoa and Ezra Miller, along with Davis, are an unexpected treat, closing the loop on the make crude jokes and rumors Peacemaker made about Aquaman and other A-list supers, which Momoa and Miller gamely played along with.

But if, by the end of this season, everyone on the team is more open than they've ever been – including Leota, who goes public about their stopping the alien invasion and the existence of Waller's Task Force X (the Suicide Squad's official name) that also puts them and the series on the path to new questions about morality and purpose.

It also makes "Peacemaker" a jollier and more complicated view into the DC world than those we see in the movies because Chris Smith isn't merely human, he's average. He lives in a trailer and doesn't have massive wealth to fall back on or endless resources; in the finale he points out that the only main who can replace his gear is his father, who he murdered.

He's a man of low social standing, unlike Bruce Wayne, Diana Prince or Clark Kent, whose social nobility somehow infers a level of trustworthiness. (And when you think about it, the butterflies have plenty in common with Kryptonians, the difference being that one alien race has god-like strength in its favor while the other has the numbers.)

Every single "hero" on this black ops team murdered somebody, including at least one innocent man who begged for his life. This is the difference between a yarn like this and all movies "Justice League"-related. Comic book logic being what it is, some deaths hold more weight than others: No one will mourn the demise of Auggie, aka the White Dragon, and his murderous, racist goons. Gunn designed them to be gun fodder, which they were. The fact that Chris shot his father between the eyes was not shocking or in any way a moral turn; given how devoted Auggie was to murdering his son, it's easy to consider it self-defense.

Want health and science stories in your inbox? Subscribe to Salon's weekly newsletter The Vulgar Scientist.

It's also a tortuous kink in his road to absolution. With so many heroes' origin stories linked to their parents being killed, Chris Smith is a rare one forced to murder his dad to survive and, possibly, find peace. That last part doesn't happen, but it wouldn't have if he spared him either. Auggie created Peacemaker, in no small part, by drilling it into him that he's worthless.

This only made Chris Smith stronger, more rebellious, bisexual and glam rock-happy. (The hair band playlist for this season, by the way, is simply outstanding.) But even in death, Auggie won't leave him alone. That's sure to slow down his self-improvement efforts – a problem for another season, which the show is officially getting.

That's happy news. Chris Smith may be a dim bulb, but he's trying to cross Peacemaker over into the light to burn brighter. Certainly he's far from the greatest American hero. But at this point in our existence, maybe his story the one that makes the most sense.

All episodes of "Peacemaker" are currently streaming on HBO Max.