"The Suicide Squad" is a grim portrait of real-life U.S.-Nazi collaboration

The fictional land of Corto Maltese holds up a mirror to haunting, post-WWII realities in our world 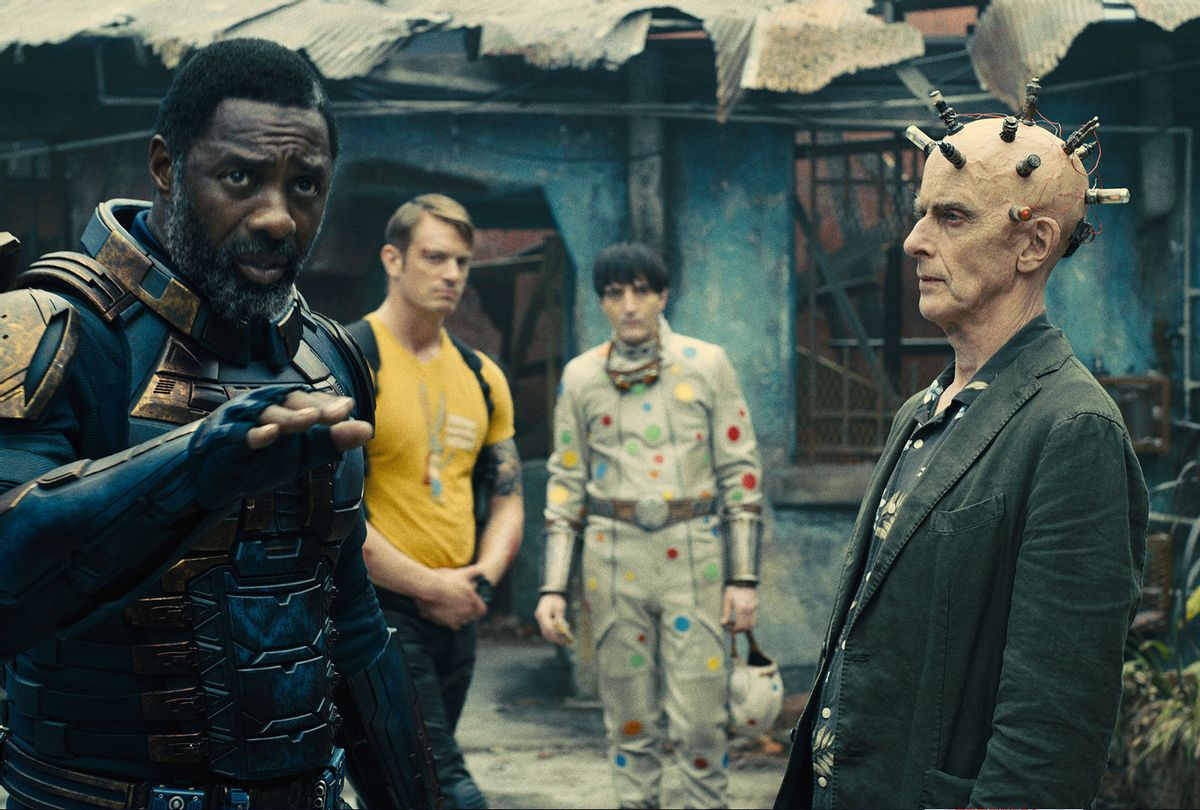 Now streaming on HBO Max and playing in theaters, DC's "The Suicide Squad" may have opened to dismal box office numbers, but is drawing praise from critics who point out its unconventional heroics. As the sequel to the 2016 hit, similarly named "Suicide Squad," this latest contribution to the increasingly predictable superhero genre is uniquely critical of the U.S. government and military, at times invoking the darker features of the country's checkered past.

In the film, antiheroes of Task Force X – or the suicide squad of dangerous, violent criminals selected to take on missions so dangerous as to be "suicide" – form two squads to take down the Nazi science lab Jötunheim and its mysterious Project Starfish experiment on the fictional South American island of Corto Maltese. Margot Robbie reprises her role as beloved antihero Harley Quinn, while Idris Elba portrays the rebellious and surprisingly heroic Bloodsport. John Cena is Peacemaker, a smartly named, dangerously patriotic member of the second squad. Daniela Melchior is the rat-controlling Ratcatcher 2, and Viola Davis is Amanda Waller, the Task Force X leader with a secret agenda.

In the DC Comics, the island Corto Maltese is first introduced in the 1990s comic Time Masters #4 as yet another site of Cold War conflict. The U.S. supports the island government and sends Superman to deal with the Soviet-backed rebels, marking the beginning of another nuclear battle between the two global superpowers.

This is the same Corto Maltese we encounter in 2021 in James Gunn's "The Suicide Squad." Sure, the island — and, for that matter, the movie — is fictional, but it draws on disturbing, relatively recent histories. In the movie, Corto Maltese was a safe haven for Nazis at the end of World War II, attracting many Nazi scientists in particular who eventually set up Jötunheim for human experimentation on prisoners on the island.

Similarly in our world, Argentina, Brazil, Chile and other South American countries saw an influx of thousands of escaped Nazis seeking refuge — in some cases, with the help of the U.S. government – post World War II.

While much of the real world's South American Nazi resettlement efforts took place through forged passports and backdoor dealmaking between countries like Argentina and Germany, which had deep ties at the time, the U.S. government was complicit in at least one case involving the Nazi Klaus Barbie, and his resettlement in Bolivia.

Barbie, who had been the Gestapo chief in Lyon, France, and was responsible for the deaths of thousands of French Jews and members of the French Resistance, was secretly recruited by the U.S. Counter-Intelligence Corps to help with anti-communist efforts ahead of the Cold War.

Project Starfish recalls one of the real-life Operation Paperclip, which saw the U.S. government secretly recruit and employ more than 1,600 scientists from Nazi Germany after World War II primarily to help the U.S. military in its Space Race with the Soviet Union.

The resemblance between this secret history and the dark, fictional revelations of "The Suicide Squad," which sees the U.S. government partner with Nazi scientists obtain a dangerous alien being from space on which to conduct covert human experimentation is almost uncanny. And there are even more unfortunate parallels between Corto Maltese and the real-life U.S,-South American political history. Across the fictional island, political dissidents and their families are routinely disappeared and imprisoned. This is perfect for the Thinker, who seizes the opportunity to use these prisoners for his Project Starfish experimentation.

And in real life, autocratic governments across South America, especially during the Cold War era when many of these regimes had the backing of the U.S., the disappearing, killing and torture of unsaid numbers of dissidents was an unfortunate reality for years, often with direct help from the U.S. Today, little is known about the full extent of these atrocities, such that several South American countries have tried to instate truth and reconciliation committees to determine how many people were victimized, and hold accountable those who are responsible and may still hold power.

A superhero flick with a new villain: the U.S. military

"The Suicide Squad" is being called a superhero movie unlike any other, namely for its slate of villains cosplaying as heroes. There's also its extreme, truly horrific violence and gore, which at one point displays an army of rats tearing a giant alien being's brain to shreds, and at other points shows people torn apart limb from limb. But it also diverges from the typical hero flick that portrays the U.S. military as a benevolent, peacemaking force, and if not incompetent compared with enhanced superhuman beings, at least well-meaning.

In contrast, the U.S. military in "The Suicide Squad" is the villain, and a "hero" named Peacemaker is so bloodthirsty for "peace," he'll embrace any amount of violence and imperialist, jingoistic tactics to achieve it. In a shocking twist, we learn Peacemaker is in cahoots with Waller, and he's aware of and determined to destroy all evidence of the U.S. government's involvement in Project Starfish. He is the embodiment of the real-life dangers and backdoor brutalities of American nationalism.

Few superhero movies keep it as real as "The Suicide Squad" does. Marvel Studios famously consults with the U.S. military on its projects for its portrayals of the military. In "Captain America: The Winter Soldier," we get a taste of criticism of real-life U.S. government policies around surveillance, and predictive policing of who is and isn't a "criminal" or enemy of the state before they've even done anything. But all of this can be very neatly blamed on Hydra, the fascist, parasitic group that's infiltrated S.H.I.E.L.D. and was started by Nazis in "Captain America: The First Avenger." In "The Suicide Squad," the U.S. military is evil, period.

Even beyond the grim realities that the fictional Corto Maltese and Jötunheim lab reflect, the premise of "Suicide Squad" and "The Suicide Squad" itself is eerily familiar to the realities of how we treat "criminals" like Harley Quinn and the rest of her squads, in real life. Incarcerated people's lives are treated as expendable, both in the U.S. and a fictional land called Corto Maltese — whether they're forced to give their lives to Project Starfish or in real life, risk their lives to put out California wildfires or die from lack of prison COVID safety protocol. It's the realness of "The Suicide Squad" that sets the movie apart, and finally brings something fresh to the superhero genre by setting up a new super villain: the actual U.S. government.