Poll: Americans, especially conservatives, have lost trust in scientists since the pandemic started 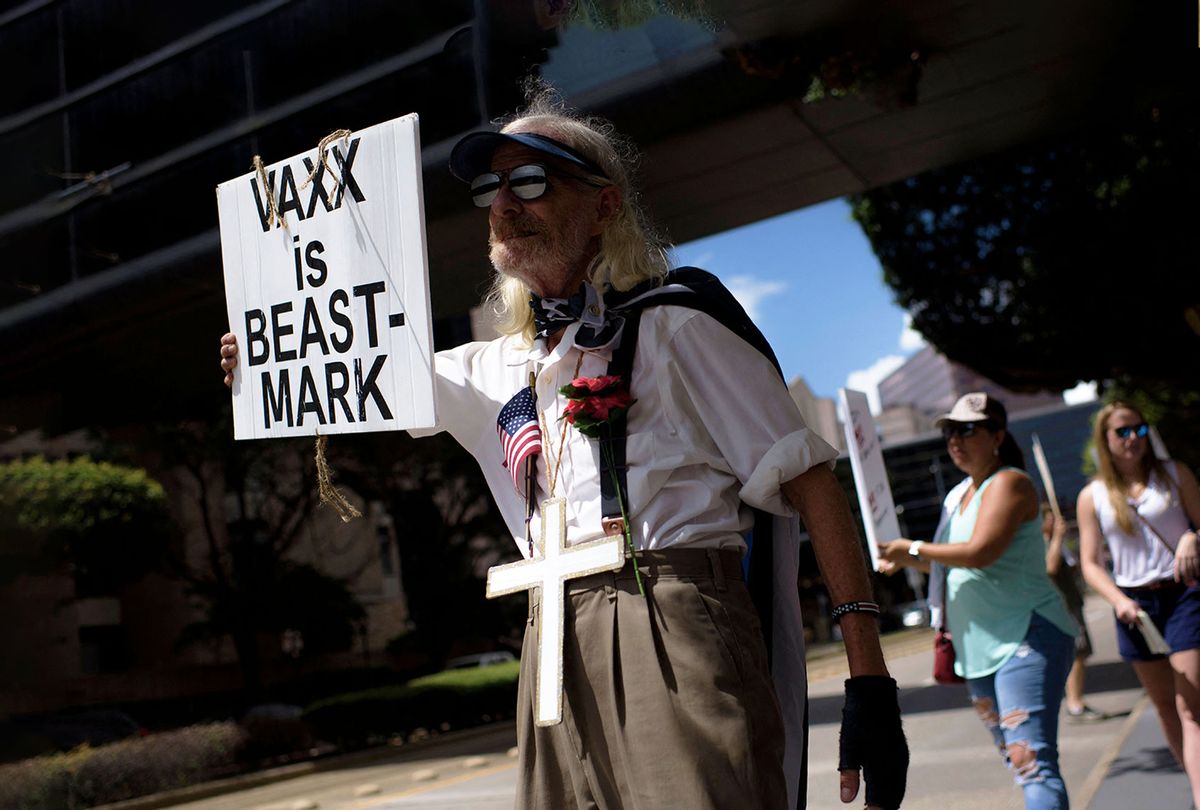 As the pandemic nears the conclusion of its second year, a new report from the Pew Research Center shows Americans' faith in medical scientists and scientists is slipping. Not only that, but Americans' confidence in all nine groups on the survey fell in the last year just as the omicron variant was first detected in the United States.

The polling also illustrated a stark partisan divide related to political affiliation and trust in science and medicine. In 2016, 16 percent of respondents who identified as Republicans or leaned Republican said they had little or no confidence in medical scientists. By December 2021, that number rose to 34 percent. In contrast, those who were Democrats or leaned Democrat saw virtually no change in their feelings towards medical scientists in the same time span.

According to Pew, this is consistent with typically low confidence in recent years for journalists, business leaders, and elected officials — but even for these groups, public confidence continues to trend downward.

Now, 78% and 77% of Americans believe that medical scientists and scientists, respectively, act in the best interest of the public. Overall, confidence in both groups spiked in the early months of the pandemic and has since been on the decline. Both metrics are 8% lower than they were in November 2020.

The polling separated respondents by political affiliation, which allows for a view into how politics has created a rift. Indeed, Republicans consistently reported declining confidence in medical scientists since January 2019 and scientists since April 2020. At the same time, Democrats with a "great deal" of trust consistently rose — that, is until the most recent survey. Confidence in both fell by 10 percent among Democrats.

Pew's findings point to polarization as the cause — at least for medical scientists and scientists. Professor of International Politics at Tufts University Daniel W. Drezner suggests this may be true of the military as well.

"What might be happening is that polarization is causing partisans to distrust any institution not entirely in sync with their ideological priors," Drezner wrote in The Washington Post.

It may well be the case that partisan polarization has eroded a historically held belief in the military as an apolitical institution. Journalists provide an apt comparison and trajectory for the military if this is the case. Once regarded as objective, journalism has become inundated with and subject to the whims of partisan politics; hence, Pew's poll found only four in ten respondents said they had "a great deal or a fair amount of confidence" in journalists.

RELATED: Why Joe Rogan's vaccine misinformation is so dangerous

Indeed, a polarized public attributes handling of the pandemic, withdrawal from Afghanistan, police brutality, critical race theory and book bans, abortion challenges, job security, and inflation to groups responsible. Ebbing faith in the objectivity of journalists and scientists are subject to public perception regarding their assumed benevolence. As with scientists in the pandemic, trends with public confidence in journalists relate to external factors. Consequently, perceptions are likely skewed.

Significantly, although it is abundantly clear that Republicans are driving the overall trend in scientific skepticism, erosion of trust is no longer strictly divided along party lines. Democrats still report confidence in both groups, but the extent to which that is true is waning. Only 10% of Democrats have little to no confidence in either — an all-pandemic-high for both. While the vast majority of Democrats are overwhelmingly hesitant to express outright mistrust of medical scientists and scientists, something shifted in the December 2021 survey.

Read more on science and misinformation: