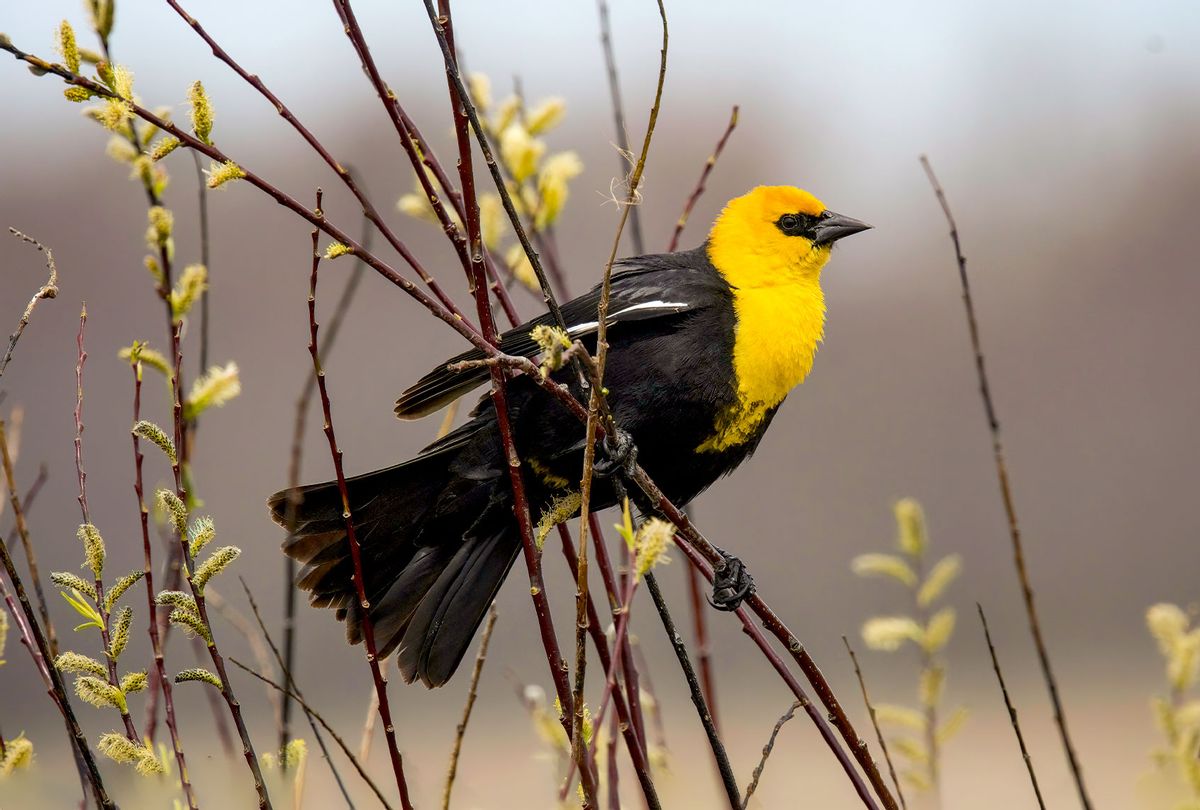 A bizarre video of birds literally just dropping dead and falling from the sky in northern Mexico has gone viral. The spooky video looks like a scene straight out of Alfred Hitchcock's horror film, "The Birds."

According to NBC News, a security camera captured the video footage of a moment when a massive flock of yellow-headed blackbirds fell from the sky, hitting the pavement en masse in Chihuahua, about 230 miles south of El Paso, Texas. While the footage showed many of the birds flying back upward in a matter of seconds, many were left as corpses on the ground.

The eerie video was covered by local media last week; at the time, local authorities could not determine a cause for the birds' sudden death and strange behavior. Unsurprisingly, this paved the way for a slew of conspiracy theories that followed.

Since the video didn't capture a possible collision, speculation is open as to the reason for the mass bird death. Yet scientists have a couple of ideas. The first, and most popular credible theory, is that the birds were running from some sort of predator — like a falcon, hawk or owl.

"This truly was an 'oops' moment for the birds," Kevin J. McGowan, an ornithologist at the Cornell Lab of Ornithology told The Washington Post. "A really big 'oops' moment." McGowan said it's "the only thing that makes sense" to justify their behavior, suggesting that in this quick escape the birds made a few mistakes along the way.

Dr. Richard Broughton, an ecologist with the UK Center for Ecology & Hydrology, told The Guardian that while a predator isn't seen in the footage, he's also 99 percent sure that it caused the eerie behavior from the birds. A predatory bird may have tussled with them mid-air and drove them towards the ground, forcing the ones flying closer to the ground to crash into it.

"This looks like a raptor like a peregrine or hawk has been chasing a flock, like they do with murmurating starlings, and they have crashed as the flock was forced low," Broughton said. "You can see that they act like a wave at the beginning, as if they are being flushed from above." Murmuration is a term that refers to when a vast number of birds all fly together in a mass, swirling pattern; often, it is used in the context of starlings or other birds that fly in mass formations with hundreds or thousands of others.

Dr Alexander Lees, a senior lecturer in conservation biology at Manchester Metropolitan University, agreed with Broughton's theory. "For my part and from one video and no toxicology, I'd still say the most probable cause is the flock murmurating to avoid a predatory raptor and hitting the ground," he said.

RELATED: Massive numbers of birds are dying in New Mexico and no one knows why

According to the National Audubon Society, yellow-headed blackbirds are often seen flying in flocks of thousands.

"There always seems to be a knee-jerk response to blame environmental pollutants, but collisions with infrastructure are very common," Lees said. "In a tightly packed flock, the birds are following the movements of the bird in front rather than actually interpreting their wider surroundings, so it isn't unexpected that such events happen occasionally."

This isn't the first time mass bird death footage has stirred the world. In 2020, thousands of birds were found mysteriously dead in New Mexico. Since they were found emaciated, scientists suspected the massive die-off could have been caused by the birds not being able to fly anymore due to malnutrition. Wildfires in California could have caused the birds to begin migration before they had enough food stored.

In 2019, 225 starlings were found dead on a road in Anglesey, an island in Wales. Similarly, the birds dropped dead from the sky, and became the subject a slew of wild conspiracy theories. Investigators ultimately concluded that "the injuries and death of the birds was caused by the birds striking the tarmac or the nearby bushes, and probably consistent with the birds avoiding either severe weather or a raptor in the area."