Climate change is not the only man-made threat that could wipe out humanity; a nuclear war would also do that 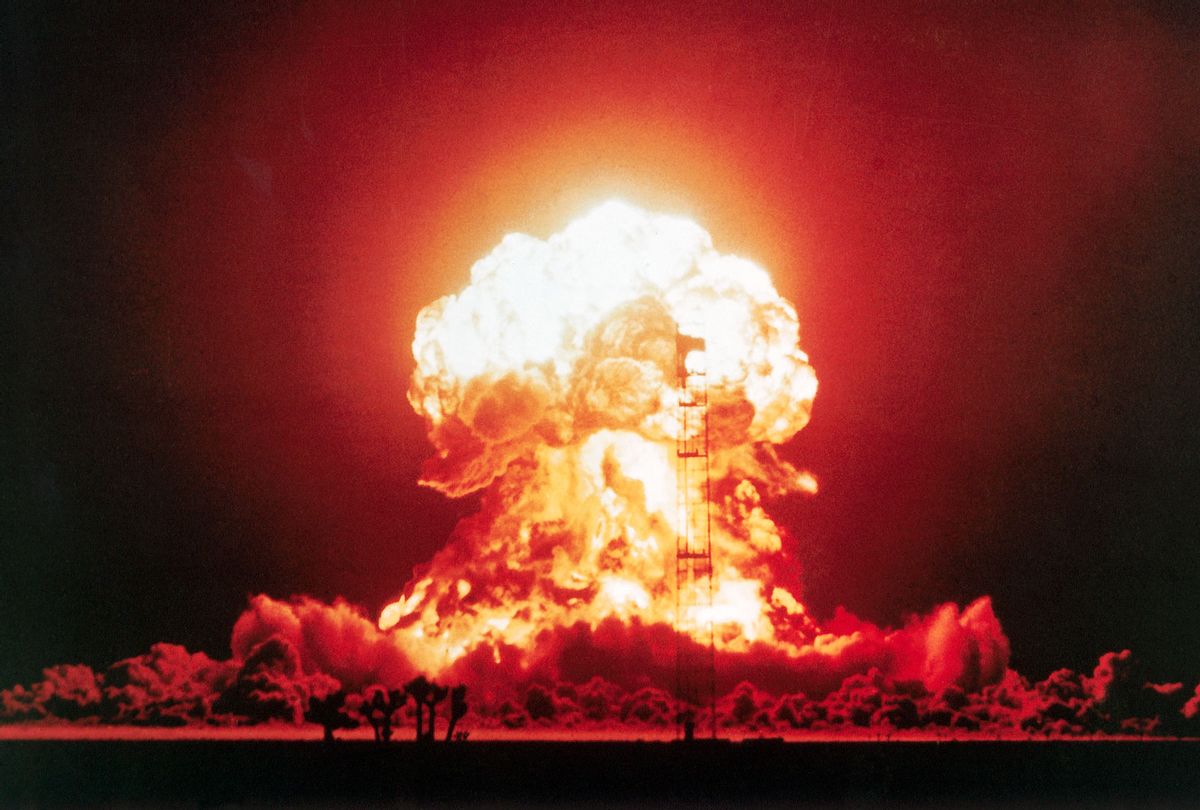 Suddenly, the threat of nuclear war feels closer than it has in decades. The Bulletin of Atomic Scientists updated their Doomsday Clock to 100 seconds to midnight, and President Joe Biden has issued increasingly ominous statements reflecting how the looming conflict over the Ukraine that could ensnare both Russia and the west into conventional war.

And, some fear, war with nuclear weapons. It is a prospect that has haunted human beings since the dawn of the Cold War. Politicians who were perceived as too open to the idea of nuclear war would pay for their hawkishness at the polls. Motion pictures from "Dr. Strangelove" to "The Day After" have depicted an uninhabitable world, filled with lethal amounts of radiation and short on necessities like food and water. As our electrical infrastructure collapsed around us, people would resort to looting and other violent methods to survive. The seeming deterioration of civilization during the early months of the COVID-19 pandemic would be nothing compared to the anarchy and destruction that would follow nuclear war.

Yet decades of living with nuclear weapons have produced a broad body of knowledge as to what a nuclear war might do to the planet, and to humanity. If even a "small" nuclear war were to break out, tens of millions of people would die after the initial blasts. A blanket of soot would wrap the rays of the Sun and cause a nuclear winter, destroying crops all over the planet and plunging billions into famine. In the northern hemisphere, there would be such severe ozone depletion from the nuclear smoke that organisms would suffer from increased exposure to damaging ultraviolet light. While things would not be as bad in the southern hemisphere, even well-positioned countries like Australia would face the ripple effects from a small nuclear war in the northern hemisphere by sheer virtue of its interconnectedness with the global community.

"The worst-case scenario is that US and Russian central strategic forces would be launched with the detonation of several thousand warheads," Hans M. Kristensen, Director, Nuclear Information Project and Associate Senior Fellow to SIPRI, Federation of American Scientists, told Salon by email. "A large nuclear exchange would not only kill millions of people and contaminate vast areas with radioactive fallout but potentially also have longer-term climatic effects."

Yet Kristensen said he does not believe the current Ukraine conflict is likely to become a nuclear war. He is not the only nuclear weapons expert who feels that way.

"First, there is little chance of that happening barring some massive miscalculation, accident or escalation of any conflict there," Geoff Wilson, the political director of Council for a Livable World, a non-profit dedicated to eliminating nuclear weapons from America's arsenal, told Salon by email. Ukraine is not part of the North Atlantic Treaty Organization (NATO) and, as such, the United States has not committed to use its military if Ukraine's sovereignty is encroached. While American policymakers can provide material aid and punish Russia through sanctions, it is unlikely that they will risk open warfare.

That said, the world's nuclear powers (which, in addition to the United States and Russia, also includes China, India, Israel, France, North Korea, Pakistan and the United Kingdom) still have vast arsenals at their disposal. In addition, President Donald Trump has overseen the development of new weapons like the W76-2 low-yield nuclear warheads. As such, the possibility of nuclear war always remains — not likely in this scenario, perhaps, but never entirely out of the question.

"The fact that the United States has started to develop these weapons again is crazy, and it sends a very poor message to the rest of the world when we have been pushing nations to end nuclear proliferation and reduce the size and scope of nuclear arsenals for so long," Wilson explained. "What's more, it sends a dangerous signal to our adversaries that we think that tactical nuclear weapons are important again, and will likely signal to them that they should follow suit."

Like Kristensen, Wilson made it clear that if conventional war with nuclear weapons ever did break out, it would end disastrously.

"Researchers have estimated that a 'regional nuclear war,' say, a couple hundred low-yield weapons exchanged between India and Pakistan, could lead to the deaths of billions people worldwide, due to the effects on global food production," Wilson explained. "So, yeah, it would not be good."

Since the United States dropped an atomic bomb on Hiroshoma in 1945, intellectuals from a number of disciplines have advocated for world government as an alternative to a possible nuclear holocaust. Andreas Bummel, co-founder and director of the international campaign for a United Nations Parliamentary Assembly and of Democracy Without Borders, has made that argument as well, telling Salon that there are no national policies which can entirely eliminate the threat.

"The only way is institutional and structural by creating a workable international system of collective security which is not only based on total elimination of WMD but also radical conventional disarmament, setting up UN capacities for rapid intervention and democratic decision-making bodies and procedures," Bummel explained by email. He added that it is "doubtful" whether this can happen in a meaningful way "while major nuclear powers are autocratic and one-party dictatorships."