Adlai Stevenson and the H-bomb: When a losing candidate mattered

When most Americans were overdosed on Cold War propaganda, a two-time presidential loser made a difference 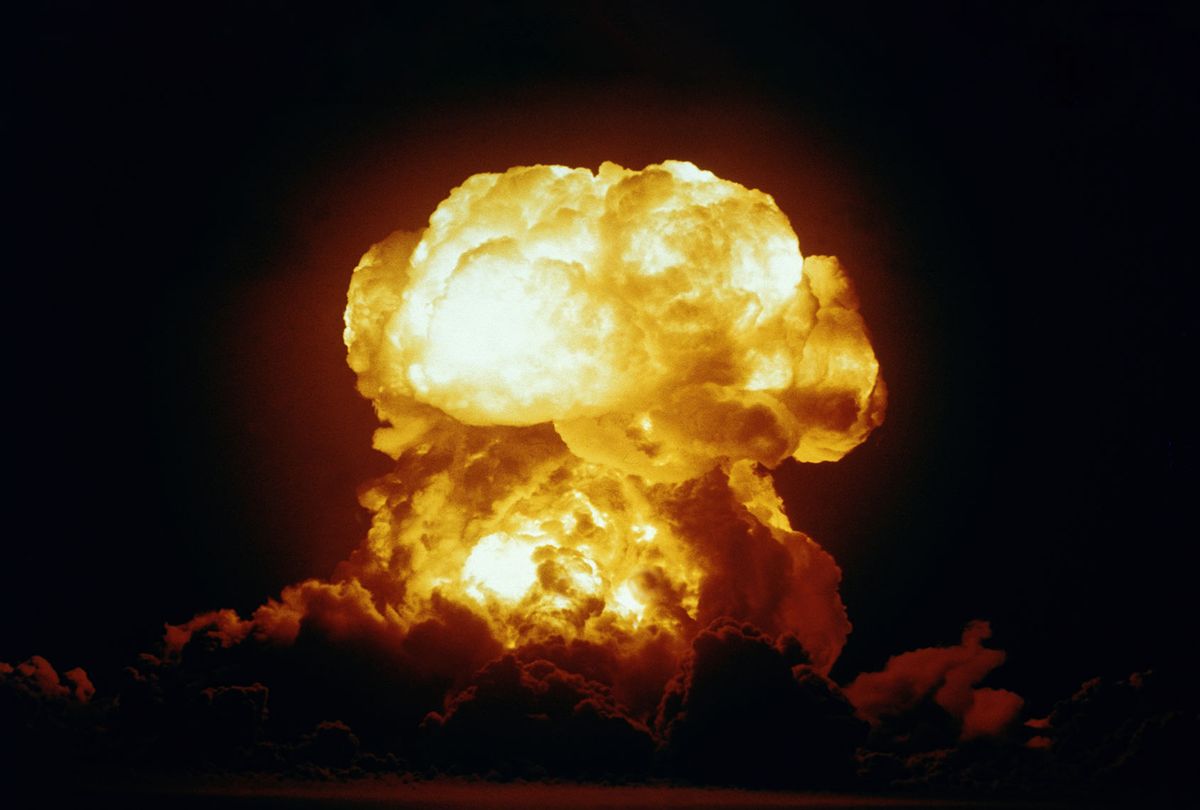 A long, long time ago in a galaxy far away, it was possible to lose a presidential campaign and take solace in an important moral victory. Given the climate of our times, that history warrants closer inspection.

The candidate I'm talking about is Adlai Stevenson, a leading American liberal of the mid-20th century who had served in various government positions under Franklin D. Roosevelt and Harry Truman. Stevenson was elected governor of Illinois in 1948, and planned to run for re-election in 1952, when Democrats seemed likely to lose the White House after 20 years in power (first under Roosevelt and then Truman). But Stevenson — who was not a declared presidential candidate — wowed that year's Democratic National Convention with a stirring speech, urging the delegates to run a principled, issue-oriented campaign, and not ignore their own party's mistakes simply in an effort to beat the Republicans.

"Where we have erred, let there be no denial, and where we have wronged the public trust, let there be no excuses," Stevenson said. "Self-criticism is the secret weapon of American democracy, and candor and confession are good for the political soul. But we will never appease, and we will never apologize for our leadership of the great events of this critical century all the way from Woodrow Wilson to Harry Truman."

RELATED: Can Democrats break the midterm curse? Maybe — consider the example of 1934

As Stevenson's biographer John Bartlow Martin later observed, Stevenson's 1952 campaign became a legendary liberal crusade in a decade when their cause was broadly in retreat. The Republican nominee was of course Dwight Eisenhower, a war hero who was politically moderate and widely admired; even his opponents generally agreed he was likable. Meanwhile, the red-baiting crusade led by Sen. Joe McCarthy of Wisconsin had created a climate of fear in which even faintly left-of-center Democrats were accused of Communism. Truman originally intended to run again in 1952, but was hampered by a flailing economy, the unpopular Korean War and his firing of Gen. Douglas MacArthur, a World War II folk hero. After losing the New Hampshire primary to Sen. Estes Kefauver of Tennessee, Truman dropped out of the race. (Truman later claimed that he had made that decision before his defeat.)

Thus it was that the eloquent, intellectual and idealistic Stevenson came out of nowhere to fill the void. Truman wanted him to run, but Stevenson was initially reluctant. There was no clear winner heading into the Democratic convention in Chicago, and after finally agreeing to declare himself a candidate, Stevenson was nominated on the third ballot — the last time more than one ballot was necessary at a national convention for either party.

In ordinary political terms, Stevenson's general election campaign was a disaster: He was not comfortable on television, then a brand-new medium, saying, "This is the worst thing I've ever heard of, selling the presidency like breakfast cereal!" Conservative newspaper columnist Joe Alsop branded Stevenson an "egghead" (today we might say "out-of-touch elitist") and the nickname stuck. Stevenson carried only nine states, losing to Eisenhower in the Electoral College by 442 to 89. Liberals loved him anyway, with many arguing (not without reason) that the circumstances of 1952 would have doomed any Democrat.

Stevenson came back for more in 1956, marking the last time that two successive presidential elections featured the same two candidates (although that could happen again in 2024). Eisenhower remained widely popular as ever among most Americans, and while liberals still admired Stevenson, it seemed evident he lacked any political secret sauce that could neutralize Ike's likability. Many Democrats favored Kefauver, who had endeared himself to the left by supporting civil rights, to the right by battling organized crime and to pop culture by donning a coonskin cap, and might have had a better chance against the aging former general. Stevenson and Kefauver fought for the nomination through a grueling series of primaries — in that sense, it was the first modern Democratic presidential campaign — which ended with Stevenson as the nominee and Kefauver as his running mate (although a little-known Massachusetts senator named John F. Kennedy was also considered after Stevenson made the unprecedented choice to throw his vice presidential selection to the delegates).

Stevenson clearly understood that his second run against Eisenhower was an extreme long shot, and in all honesty probably expected to lose. Whether this was foolish or noble or both at once, he built his campaign around an issue hardly anyone in America talked about: nuclear weapons testing, especially around the newly-developed "hydrogen bomb," the first true thermonuclear device, which had vastly greater destructive power than the atomic bombs dropped on Japan during World War II.

Although he first broached the issue of halting H-bomb testing in April 1956, Stevenson's big moment came in a speech to the American Legion that September, when he said there could be no "real peace while more than half of our federal budget goes into an armaments race . . . and the earth's atmosphere is contaminated from week to week by exploding hydrogen bombs." Millions of Americans, likely a large majority believed that the nation needed to "win the arms race" to stay safe from the Soviet Union and creeping Communism, but Stevenson refused to back down, arguing throughout the campaign that nuclear weapons testing presented an existential threat to humanity. His proposed solution was a moratorium on nuclear testing that could eventually become a lasting ban.

Stevenson couldn't have known this for sure in 1956 — although Kefauver brought it up as an unsubstantiated rumor — but in essence the Eisenhower administration agreed with him. Decades later, declassified State Department and National Security Council documents revealed that Eisenhower and his advisers had already considered proposing a moratorium on nuclear testing, but decided against it because the proposal had been Stevenson's idea. Furthermore, many Republicans — including Sen. Barry Goldwater of Arizona, who eight years later would become the leader of a right-wing revolution — strongly favored a rapid arms buildup. It simply wasn't feasible for Eisenhower to come out in favor of a test ban, even though he and his advisers privately acknowledged that it was a national security necessity.

Thankfully for our survival as a species, this story does not end with Stevenson losing to Eisenhower in their rematch — as widely expected, an even bigger landslide than in 1952 — and then slinking off into the night. Just two years later, Eisenhower and Soviet leader Nikita Khrushchev agreed to a moratorium on nuclear testing and the beginning of a test ban treaty. Those talks continued through the presidency of John F. Kennedy, who appointed Stevenson as ambassador to the United Nations. Eventually, the two-time presidential loser's ideas formed the basis of the Partial Test Ban Treaty in 1963, about a year after Stevenson had helped to avert nuclear war during the Cuban missile crisis.

Stevenson's policy influence didn't end there: During the 1956 campaign he was the first major party presidential nominee to propose a government health care program for retirees, known to us now as Medicare, and also proposed generous funding for STEM education decades before that became a buzzword. Yet his advocacy for a ban on nuclear testing stands out for its continuing relevance and planetary importance. The most obvious comparison here would be the way another defeated Democratic candidate, Al Gore, became the most significant global voice on climate change — another issue that threatens the survival of our species (and many others). Like Gore, Stevenson never became president, but despite losing, he accomplished more than most presidents ever do.