Man who posed with Pelosi’s lectern on Jan.6 given 75 day sentence 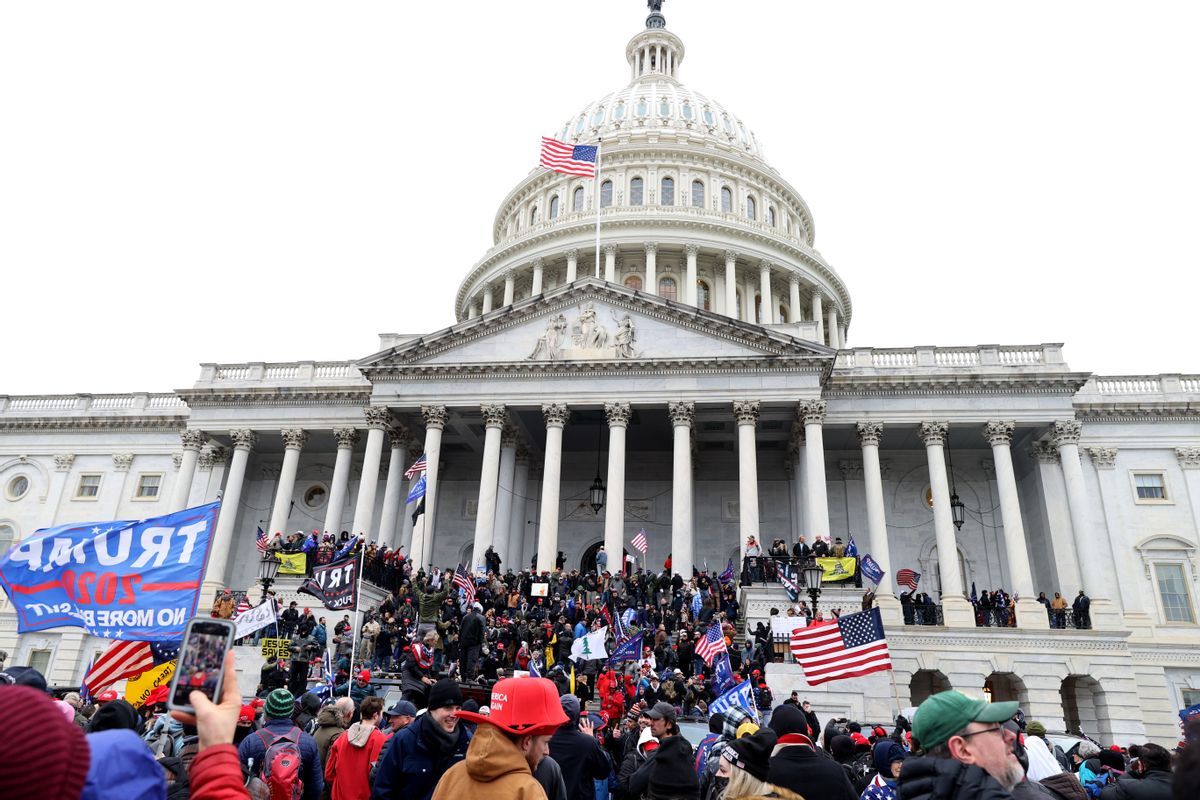 Adam Johnson, a Florida resident and stay-at-home father of five, has been sentenced with 75 days in jail and a $5,000 fine for his actions during the Capitol riot on January 6, 2021.

Photographs of Johnson smiling while posing with House Speaker Nancy Pelosi's lectern inside the Capitol building circulated widely after Jan.6, and Johnson has since been named as one of the main instigators of the attack on the building that day, according to The Washington Post.

Related: Trump takes control of the Jan. 6 story — while the media and Congress sleep on it

"A message just has to be sent," Senior U.S. District Judge Reggie B. Walton told Johnson during his sentencing. "If you're going to associate yourself with this type of behavior, and you're going to try to engage in conduct that undermines the fundamental fabric of this society, that your freedom is going to be taken away."

Johnson, who flew to D.C. on January 5, 2021 and was caught on video by a Washington Post videographer at a rally that night, yelling things indicating he did not believe Biden to have won the presidential election legitimately, was arrested on January 8, 2021.

"There were things there that happened that should never have happened," Johnson said during sentencing. "I'm ashamed to have been a part of it."

According to The Washington Post, Johnson entered three highly sensitive areas of the Capitol on January 6, 2021, and was photographed jiggling the handle of Pelosi's office suite. He was unable to enter the suite, but did take her lectern.

"Removing the lectern from the place it was taken from was a very stupid idea," Johnson said. "Foolish, and something I shouldn't have done, and I did make a mockery of a very intense and not great day."

The widely circulated photo of Johnson posing with the lectern was taken by news reporter Win McNamee.

The lectern was located in the Capitol's Rayburn Room when it was hauled off by Johnson, and was eventually returned.