The Bundy takeover is now complete: How the GOP has embraced pro-terrorist politics 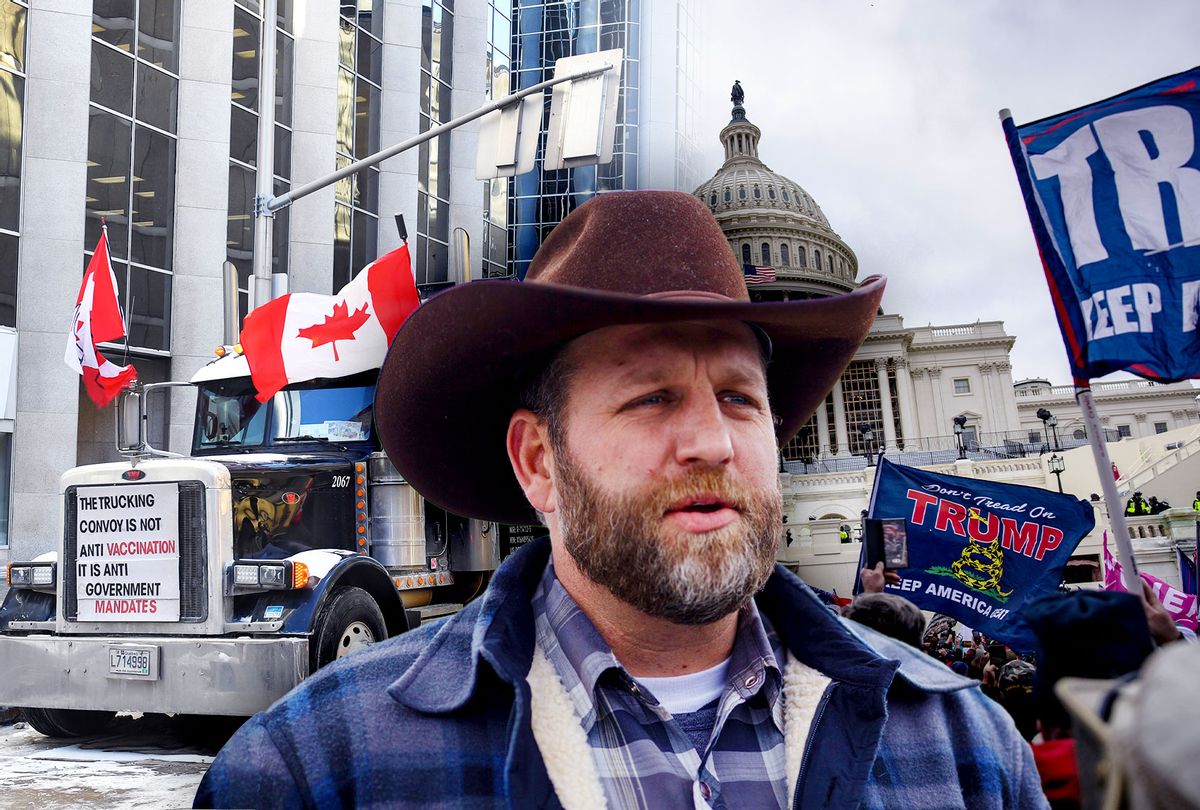 In the weeks after the January 6 insurrection, the Washington Post published a disturbing piece that hinted at how everyday Republicans had come to embrace the politics of terrorism. In Oklahoma City, the Post noted, the memory of the Alfred P. Murrah Federal Building bombing has become a flashpoint, as both Republican politicians and ordinary citizens bully anyone who tries to draw a line between Timothy McVeigh's crime and Donald Trump-incited storming of the Capitol. The link is obvious, however. Both crimes were committed by white nationalists who refuse to accept a multiracial democracy — but woe on those who say as much in Oklahoma. When Oklahoma's Department of Education shared information from the bombing memorial linking McVeigh's attack with the domestic terror attack on the Capitol, their Facebook page was flooded with vitriol.

"How in the world is this even remotely the same as the Oklahoma bombing??!!!" one teacher wrote. Another derided the education department as the "Oklahoma Dept of Socialist Indoctrination." An angry dad clashed with other parents who argued that McVeigh's radicalism and the anti-government rhetoric at the Capitol were "the very definition of the same context."

One angry Oklahoman even shared the right-wing slogan about the "tree of liberty" needing to be "refreshed" with "blood" in the comments, seemingly unaware that the same phrase was on the T-shirt that McVeigh wore the day he murdered 168 people.

RELATED: Republicans have dropped the mask — they openly support fascism. What do we do about it?

This incoherent insistence on treating McVeigh's insurrectionist violence as somehow different than the Capitol rioters illustrates an ugly shift that's happened in Republican politics since 1995. Back then, most Republicans rejected the view that a white nationalist is entitled to commit violence to protest democratic outcomes he doesn't like. Now, McVeigh's ideology is the mainstream view in GOP politics. Sure, they rarely come right out and say it. But this insistence on minimizing the Capitol riot and continuing support for the man who instigated it — Donald Trump — speaks loudly enough. And ugliness in Oklahoma City in the days after the 2021 insurrection demonstrated that this pro-insurrection view was fixed on the right within days, if not hours, of the event itself.

We see this, as well, in the celebratory attitude that right-wing media — especially Fox News — is taking towards the Ottawa trucker blockade.

As Zack Beauchamp of Vox notes, the uprising that brought that part of the Canada-U.S. border to a standstill and has terrorized the city of Ottawa "is on the fringe, including among Canadian truckers — some 90 percent of whom are vaccinated." It's a group of right-wingers who "are angry because they have lost" and are trying to gain by force what they cannot through democratic means. And yet, it's become a cause célèbre on Fox News, causing comically overwrought claims like it's "the single most successful human rights protest in a generation."

Fox News doesn't like the blockade despite its widespread unpopularity — they support it because it's unpopular.

As with the January 6 insurrection, the trucker tantrum is viewed by right-wing media as a model for how the embittered white conservative majority can impose its will without getting public support. Both the insurrection and the trucker tantrum are a far-right minority expressing a belief that they entitled to rule, no matter what. And while the Ottawa demonstration has so far not been as violent as the January 6 insurrection, it is still about using force — by taking the economy hostage and intimidating the residents with the threat of violence — to obtain what conservatives cannot gain fairly.

This shift from being anti- to pro-terrorism among Republicans can really be traced back to Nevada rancher Cliven Bundy's 2014 standoff with the Bureau of Land Management(BLM) and his sons' subsequent 2016 occupation of the Malheur National Wildlife Refuge. That's when a group of far-right extremists, led by brothers Ryan and Ammon Bundy, seized control of a visitor's center at an Oregon national wildlife refuge, spouting a bunch of incoherent demands that amounted to a belief that a democratically elected government had no right to pass laws restricting the right of white men to wreak as much environmental damage as they damn well pleased. The fight quite literally started because the occupiers didn't believe the government had a right to convict two men who had set fire to federal lands to protest not being allowed to graze their cattle there.

RELATED: How the fringe ideology of anti-government cranks is becoming the GOP mainstream

The occupiers were domestic terrorists, trying to obtain through violence what they couldn't through fair engagement in politics. But while Republicans formally condemned the violence, they were also tripping over each other to validate the asinine complaints of the occupiers. Multiple GOP congressmen even drew on arguments that came from fringe authoritarian writers who believe in things like turning the U.S. into a Christian theocracy. Even more troublingly, the occupiers were found "not guilty" at their trial, suggesting that by October of 2016, enough Republicans were pro-terrorism enough to make it impossible to put together a jury to convict in a case that should have been a slam dunk. So that Trump was able to cobble together enough votes the next month to win the electoral college should not, in retrospect, have been a surprise.

The Department of Justice under Barack Obama had been slow and cautious in its response to the occupation, fearing another debacle like the Branch Davidian fire in Waco, TX in 1993. Instead of storming in, they let the occupiers feel safe enough to actually leave the property for a media event, where they were then easily captured on an open highway. It was a decision heavily criticized at the time, with lots of people rightfully pointing out that people of color who commit acts of terrorism don't get the kid glove treatment. Others, including myself, defended the feds, arguing that the fact that only one person died in the process justified the strategy. Now I'm beginning to doubt that view.

It may be that Democrats just need to get stiffer spines when dealing with right-wing bullies and terrorists, even when doing so means the right will react with violence. As Brian Beutler of Crooked Media argued in his newsletter last week, it's reasonable to worry that the utter failure of the Department of Justice to arrest Trump or his allies for their many crimes "is driven by fear" of a violent backlash. Certainly, Trump has been using intimidation recently, promising pardons for people who commit violence for him and demanding ugly reactions from his followers if he does face a consequence.

But this failure of nerve on the part of Democratic leadership is going to screw us all over in the long run. As Beutler argues, the system "can't function if one side gets a hostage-taker's veto over the rules of fair play," and without imposing real consequences for crime and violence, "he public will just grow desensitized to right-wing tactics or, worse," even start to sympathize with the hostage-takers and violent terrorists.

We see this in the shift in GOP circles from 1995, when McVeigh's villainy was indisputable, to our modern time, when people who share McVeigh's views and stormed the Capitol are described by the Republican National Committee as merely engaging in "legitimate political discourse." The RNC did walk that lie back a little bit, but notably only for the people who got arrested. That only underscores the validity of Beutler's argument: Consequences matter when it comes to public opinion.

The ongoing failure of Democrats to bring the hammer down on the ringleaders of the coup signals strongly to the public that the coup was no big deal — and indeed, opens the door to arguing that the coup was justified. Republicans are walking right through that door right now.