The musician, who announced he now has some deafness, has an opportunity to make an invisible disability visible 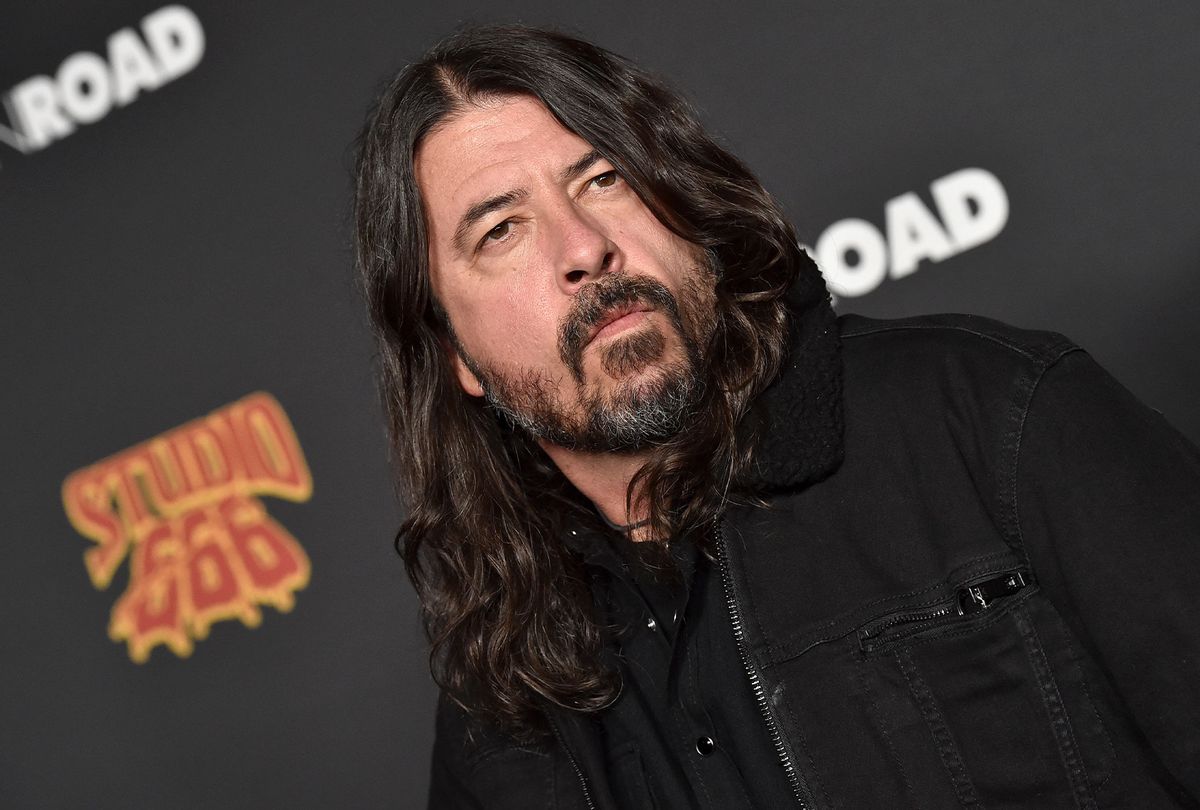 One of the most intense moments of the pandemic came when I was shopping for a Mother's Day present. At a neighborhood store, I paused over a bracelet, responding to a question from the cashier. She asked me to repeat myself, then apologized, explaining she was partially deaf.

Above both our masks, our eyes filled with tears. She asked if I wore hearing aids or signed. I explained that I wasn't great at American Sign Language (ASL), and she said she wasn't either, not having been exposed to the language when she was young. We talked briefly (and yes, with some difficulty) about how isolating the pandemic has been, with masks dampening the little we can hear and preventing lip reading. When I left the store, I was shaking over the intense recognition of finding someone like me. Of being heard.

That's why I was moved when I learned Dave Grohl is deaf like me too. Except, of course, not like me.

Related: What "Hawkeye" gets right about deafness – and what it glosses over

Grohl, frontman and guitarist for the Foo Fighters and former drummer of Nirvana, described himself as deaf in a recent interview with Howard Stern, the result of years of playing loud music with little or no ear protection. According to Grohl, noise at high volumes damaged some of his hearing, including his ability to hear in one ear and led to the onset of tinnitus.

But I was born this way. And over the years, I've struggled with how to identify myself (Grohl went with the simple, if perhaps not precise, "f***ing deaf").  Most people in the disability community don't like the phrase "hearing impaired" as it implies that there is something wrong with us. The same can be said of the phrase "hearing loss"— a phrase which doesn't make sense for me at all, as I've always been the way I am. I didn't lose anything.

Hard of hearing is perhaps medically correct on some level, but it prioritizes hearing as the default, and suggests that a person like me has failed at it, like it was a test I could study for and pass. What's actually hard for me is dealing with ableism.

I've come to refer to myself as half deaf, which is what I am physically. Emotionally, I also feel half in two worlds, not fully a part of the abled world, whose spoken conversations exclude me on a regular basis, but nor did I benefit from being raised in or exposed to a real-world Deaf community. My first language was spoken English. I did not start to learn ASL until I was an adult — growing up, as I fought to keep up with spoken conversations, I didn't realize signing was an option for me — and I am still a beginner in the language.

That's not uncommon for deaf and Hard of Hearing children born into hearing families, as I was. Even before the pandemic, I often felt alone, especially in large group settings, or in crowded or noisy rooms where I wasn't included in spoken conversations, a difficulty Grohl echoed. "In a crowded restaurant, that's the worst now," Grohl said, adding that he has the most trouble listening to someone right next to him in a noisy space.

But the pandemic has brought on whole new kinds of difficulties and loneliness for people like me. And Grohl.

Without the ability to lip-read, I don't feel confident I can communicate with hearing people on the street (I know I can't). I've become more of a homebody, and it's not only the fear of illness keeping me inside, but the dread of a conversation that ends in frustration — or usually, much worse.

I was mocked by a post office employee for not being able to hear her. The only reason I was able to get my driver license renewed is that my partner came with me to interpret. (Bureaus of motor vehicles are not known for their acoustics or their accessibility.) Due to pandemic-imposed attendance limitations to one family member, I haven't been able to be there at multiple school functions or meetings for my son. In situations like these, it's always my hearing partner who must go, because the events are rarely captioned, amplified or accessible.

The pandemic also places deaf and hard of hearing people at greater risk because, when informed we can't hear, some hearing people have tried to communicate with us by pulling their masks down and shouting, rather than writing on a phone or notepad. We would all benefit from learning to sign, not just those of us who are deaf.

Perhaps this is what led Grohl to disclose, frustration that his way of communicating, rough though it has been — "I've been reading lips for like, 20 years," he said — is over, a frustration I share. My way of getting by is gone. So is my passing.

Deafness is often an invisible disability, whether or not we want it to be, but the constraints of the pandemic have forced me to be open about it always. Grohl explained to Stern how he identifies himself during this time of mask-wearing: "When someone comes up to me . . . [I say] I'm a rock musician . . . I can't hear a word you're saying."

And now, thanks to the interview, everyone knows about Grohl.

He has an opportunity here. Hard of hearing is a label often falsely ascribed only to people who are elderly, as a purely aged-related disability. It's part of the reason people discount that a younger, so-called healthy-looking person like me could be deaf (and perhaps why they yell at me in anger or embarrassment when I let them know I can't hear them). Not only is Grohl still youthful, still rocking out (and bringing the next generation of drummers along with him), he's a star.

In the interview, Grohl dismissed wearing in-ear monitors, which would protect his hearing while he performs, in part because of the physical difficulty (they keep "popping out," he said) — but also because he doesn't think they look cool. "I don't want to look like a praying mantis with these things all over my head." If anyone can make assistive or preventative technology look cool, it's Grohl. He could help kids not only want to be musicians like him, but feel comfortable in their disabilities. Feel seen and supported by their hero.

Grohl also expressed hesitation about going to see a specialist about his hearing, an anxiety I understand, especially given rampant medical ableism from the very people supposed to help us. But he has options of which he may not be aware. Should he choose to go that route, there have been remarkable advances in technology over the years — some of my friends who wear hearing aids or cochlear implants call themselves "cyborgs" — and as someone with wealth and influence, Grohl could help pave the way for more.

Over 37 million adults in the United States have some hearing differences. As the country's population ages, that number will only grow. Grohl is not alone.

And I'm not either. Although I never met another deaf or Hard of Hearing person until I was nearly an adult, doing so changed my life. It was through the internet, and through finally writing openly about my disability, that I made friends like me who accept me as I am, relate to my frustrations as a disabled person in an ableist world — and have introduced me to disabled joy. We're great the way we are, and we're together, not only surviving but thriving.

Grohl may have "lost" part of his hearing — but he's going to gain a whole new community, one who happens to love music and one who will cheer him on.