Foo Fighters' Dave Grohl has been reading lips since losing hearing, but the pandemic made it worse 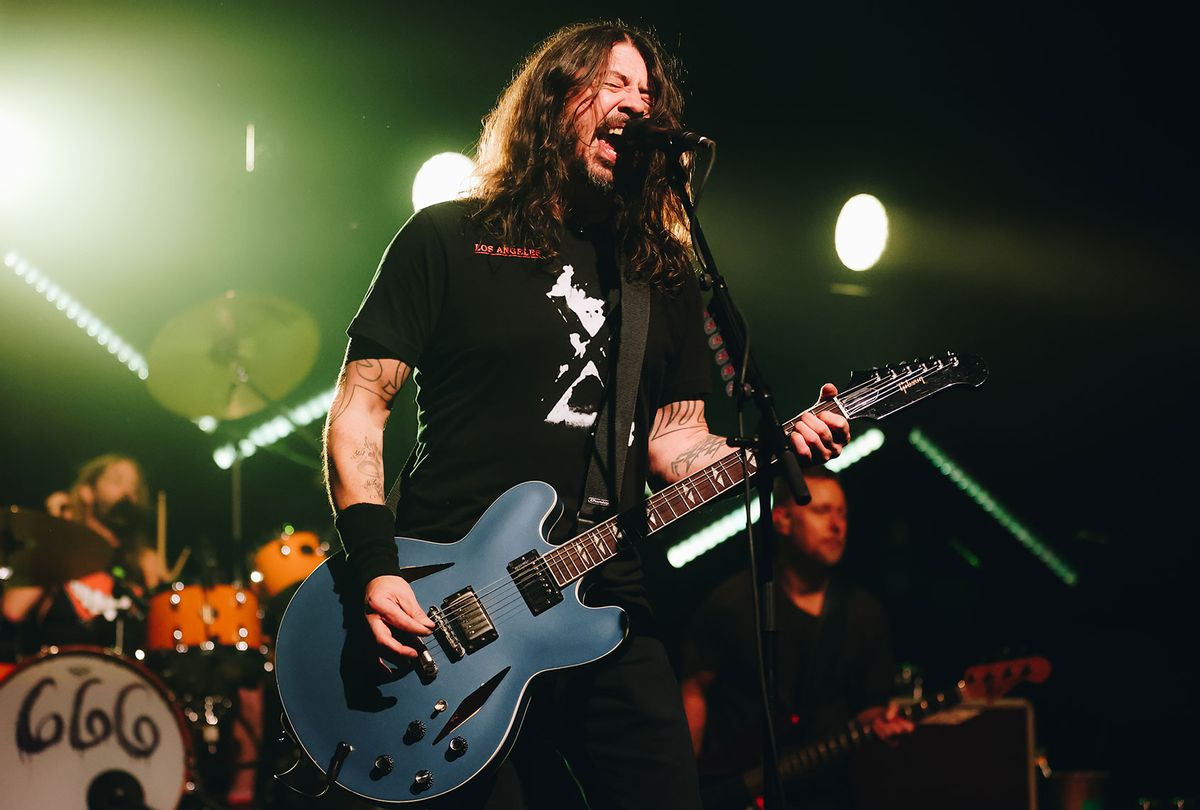 Dave Grohl of Foo Fighters performs onstage at the after party for the Los Angeles premiere of "Studio 666" at the Fonda Theatre on February 16, 2022 in Hollywood, California. (Rich Fury/Getty Images)
--

Dave Grohl's hearing has taken a major hit after years of rocking out on the big stage.

In an appearance on "The Howard Stern Show" last week, the Foo Fighters frontman and guitarist said he's "f**king deaf" after downplaying the severity of his own hearing loss. Although he can hear the music while performing live or in the studio, Grohl explained that it's incredibly difficult for him to hear people in public, crowded places.

"If you were sitting next to me right here at dinner, I wouldn't understand a f**king word you were saying to me, the whole f**king time," he told host Howard Stern. "In a crowded restaurant, that's worse. That's the worst thing about this pandemic s**t, it's like, people wearing masks. I've been reading lips for like, 20 years, so when someone comes up to me…I'm like, 'I'm a rock musician. I'm f**king deaf, I can't hear what you're saying."

RELATED: Rocking the f-bomb: How a rock star of vocabulary learned to embrace the four-letter word

Despite the impairment, Grohl said he hasn't gone to the doctor in a while to get his hearing checked simply because he knows that the diagnosis for tinnitus — ringing or buzzing in the ears associated with hearing loss — is predictable. He has, however, gone to the doctor to get his ears cleaned out, which he described was "a f**king mess."

"I know what they are going to say, 'You have . . . hearing damage, tinnitus, in your left ear, more so than your right,'" he said. "My left ear is kind of worse than my right because of my snare drum and my stage monitor when I play the drums."

Grohl said he has tried wearing an in-ear monitor, which protects ears from high volumes of sounds, while performing live but ultimately ditched it because of how removed he felt from the "natural atmosphere sound."

"I wanna go out there and go nuts."

Stern pointed out that Grohl is knowingly damaging his hearing and the rock musician agreed.

"Yeah, I mean . . . we've been playing shows like this for so long. There's not much I want to change," he admitted. "And to be honest, when we go in to make a record and we're mixing an album, dude I can hear the slightest little things.

"My ears are still tuned in to certain frequencies, and if I hear something that's slightly out of tune, or a cymbal that's not bright enough or something like that, in the mix, I can f**king hear the minutiae of everything that we have done to that song, I really can."