What "Hawkeye" gets right about deafness – and what it glosses over 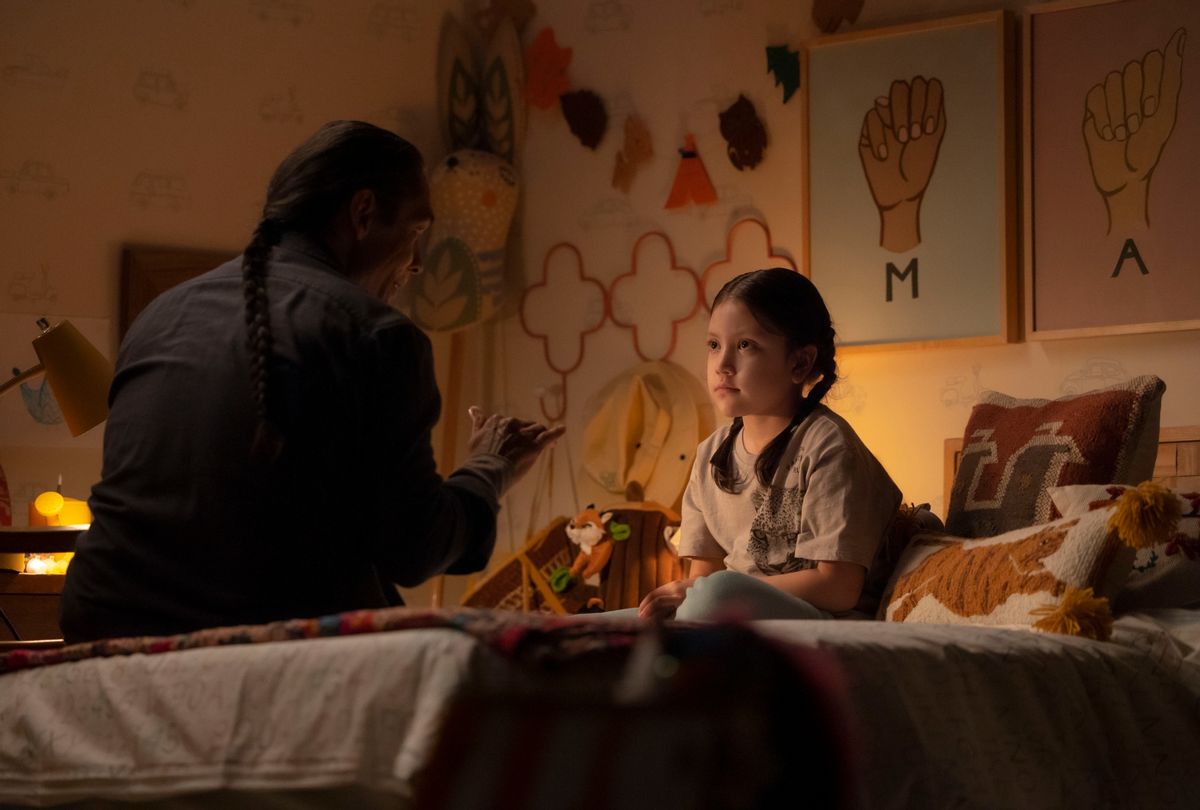 On the third episode of "Hawkeye," the Disney+ show about the Marvel archer, kidnapped Hawkeye/Clint Barton (Jeremy Renner) and aspiring Avenger Kate Bishop (Hailee Steinfeld) meet villain Maya Lopez/Echo, and have an interesting conversation. Maya, who is deaf on the show and portrayed by Alaqua Cox who is also deaf, does a decidedly kind and un-villainous first action: She cuts the tape binding Clint's hands.

Echo has noticed Clint wears a hearing aid in one ear. Clint is deaf too, or partially so, but unlike Echo, Clint is late-deafened, the result of years of explosions, violence, and general superhero stuff alluded to in a great, brief flashback. Echo signs to Clint, who immediately apologizes in oral English and signs to her that he is Hard of Hearing, not fully deaf. When she signs again, he can't follow. He signs "More cookie, please. Thank you" — rudimentary signs that perhaps his youngest son, learning American Sign Language (ASL) in support of his dad, might sign to him.

Echo turns away, dismissive of him due to his ignorance, and her interpreter, Kazi (Fra Fee) binds Clint's hands again. "You rely too much on technology," Echo says through her interpreter. "You might find you're better off without it." Clint looks at Kate, who is hearing, before answering orally: "Yeah, sometimes I think that very same thing."

The conversation moves on. But it is not over.

This episode, titled "Echoes," has been mostly welcomed by the Deaf community for its mostly accurate representation of deafness. Along with the casting of Cox, stunning in her debut role, Renner himself identifies as Hard of Hearing, which lends authenticity to his subtle but nuanced performance.

After Echo crushes his hearing aid in a fight, Clint can't hear anything. He doesn't realize Kate has spoken (and Renner doesn't make the mistake of turning to her), yet repeats some of her spoken thoughts, indicating that they're on the same page — she's the Robin to his Batman. Clint moves to the opposite side of Kate as they walk on the street so he can hear her better. He removes his repaired hearing aid from his ear while at lunch with her — and earlier in the series, at a Broadway-musical version of the Avengers — to give himself a break from hearing. Or, from the Captain America-heavy dance numbers.

Listening fatigue is a real phenomenon. The intense concentration required for deaf people to navigate a hearing world, including trying to follow spoken conversations, have situational awareness, and handle noisy situations, causes physical pain such as headaches. I'm not sure I've ever seen a story purportedly about deafness that includes this detail, nor even begins to make the argument, like Echo seems to be doing, as to why deaf people might not want to or need to physically hear all the time.

Disclosure time: I am half deaf, and have been since birth. I don't wear hearing aids or any assistive technology; originally, because I was told my condition couldn't really be helped by them. But now, like Echo, I am happy the way I am. Like Clint, I hear some, I read lips some, and I sign some.

For me as a deaf person, the most accurate scene of deafness in "Hawkeye" comes early in the "Echoes" episode: Maya as a young, deaf child (the luminous Darnell Besaw) in a "mainstream" school, with no deaf classmates, no deaf friends. An outsider, excluded, she simply puts her head down and does all her work, to the amazement of her hearing teacher. She is totally alone.

Later, when Maya asks her father, played by the always wonderful Zahn McClarnon, why she can't go to a deaf school (the family can't afford it — a realistic detail about life as a disabled person which I hope is explored more), her father explains that she will simply have to learn to "jump between two worlds, the hearing and the deaf . . . just by watching."

It was at that moment my partner, who is hearing, reached across the couch to seize my hand. "It's you," he said.

As someone who is partially deaf, kept from sign language as a child, mainstreamed but unable to pass as hearing: I don't think I've ever seen my identity portrayed on screen this way.

Being both/neither can be difficult. Jumping between worlds, or trying to, means you have no central world to call your own, no home. What reads as very real to me about Echo is her loneliness, loneliness that comes off Cox's performance in waves — and loneliness that Clint, as a character who went deaf later in life, doesn't exactly have in the same way.

An aspect of being deaf is that people exclude you constantly. One way I learned to handle that myself was to retreat, to put my head down, to do all my work, to the amazement of my hearing teachers. It makes sense that Echo seems to be a loner, that she is hyper-capable, vigilant, observant, and tough. She's had to be. 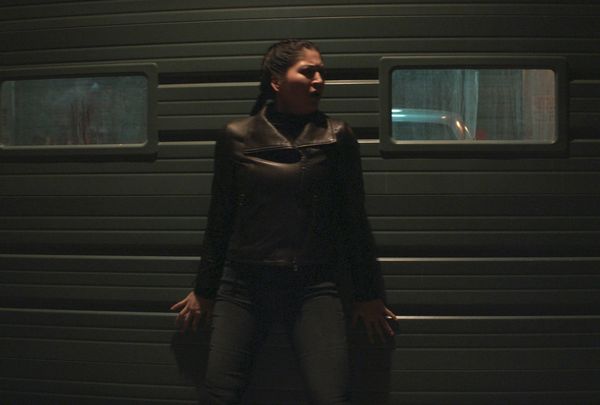 Some aspects of deafness in the show do not seem as realistic or nuanced to me. Clint's hearing aid works perfectly — said no deaf person ever. It squeals when he puts it in, but otherwise, the show fails to convey how hearing aids turn the whole world up — not simply one conversation — which can be overwhelming and deadening. His hearing aid destroyed, Clint still manages to hear a Tracksuit henchman behind him. And the specifics of Clint's deafness remain fuzzy, which is sort of in line with the source material, where deafness played an essential, if not always consistently remembered, role.

These inaccuracies may stem from the fact that no writers of "Hawkeye" identify as deaf, though the show did have deaf consultants, including, according to co-writer Katie Mathewson, a representative from the disability nonprofit RespectAbility.

Unlike most media that includes representations of deafness (or any disability), ableism doesn't run rampant through "Hawkeye." Kate accepts Clint's deafness instantly. She doesn't expect him to hear her or get annoyed when he doesn't. The Tracksuit Mafia, the bad guys that Echo leads, portrayed as bumbling meatheads, have not learned ASL to communicate with her, but her hearing father did. Importantly, Clint's deafness is not played for laughs. It's not a joke and it's not his whole identity, nor a superpower, as it is not for Echo. Deafness is simply part of them, one part.

The deaf actors in "Hawkeye" are a great first step, as is the constant awareness of deafness that runs through the show. But "Hawkeye" needs deaf writers too. Along with acknowledging the existence of deaf lives, Marvel needs to acknowledge the existence of deaf talent, talent that extends beyond disabled actors performing roles written by abled creators (possibly Echo's planned spin-off is a platform to start doing this). "Nothing about us without us," a slogan with roots in disability justice, is one Marvel would do well to study, perhaps just as much as "Avengers assemble."