Russia appears to be planting false stories about U.S. bioweapons in Ukraine – and conservatives are falling for it 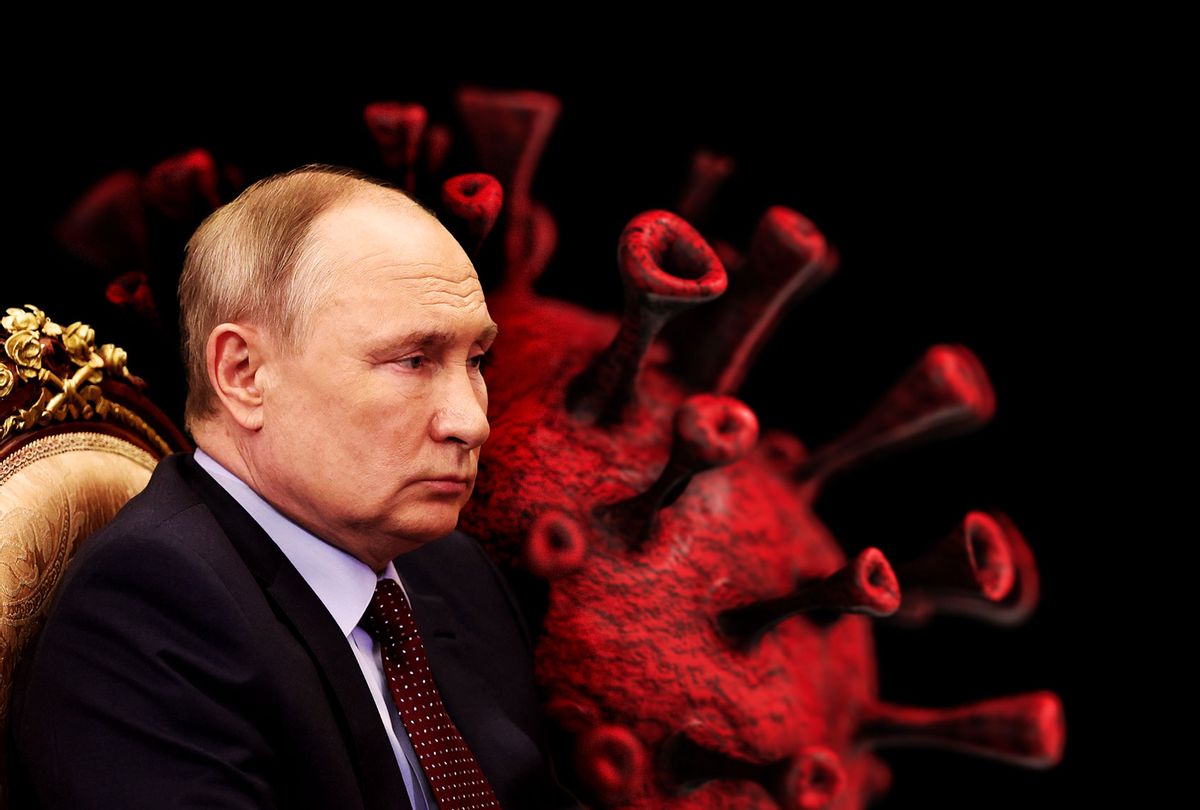 The theory, reported by Media Matters, was publicly presented during a Tuesday Senate Foreign Relations Committee hearing in which Sen. Marco Rubio, R-Fla., asked Under Secretary of State for Political Affairs Victoria Nuland whether Ukraine has access to "chemical or biological weapons."

Nuance responded that Ukraine has "biological research facilities" that the State Department is concerned might fall into Russian hands.

RELATED: Vladimir Putin is losing the war — at least on social media. Here's why that matters

Later, Rubio noted that "Russian propaganda groups" are spreading "information about how they have uncovered a plot by the Ukrainians to unleash biological weapons in the country."

To that point, Nuance acknowledged that "it is a classic Russian technique to blame the other guy for what they are planning to do themselves."

While U.S. intelligence officials have repeatedly denied possessing bioweapons in Ukraine, members of QAnon have spread the theory near and far – and now, it's getting validation from mainstream conservatives with massive followings.

On Wednesday, Fox News host Tucker Carlson suggested that Nuland, who suggested that Russia might be using disinformation tactics, was in fact the one waging a propaganda campaign against Russia.

"So what you are saying, Victoria Nuland, if, for example, you were funding secret bio-labs in Ukraine but wanted to hide that fact from the people who were paying for it in whose name you are doing it, then you might lie about it by claiming the Russians were lying about it," Carlson ranted. "In other words, you might mount a disinformation campaign by claiming the other guy was mounting a disinformation campaign. Is that what you are saying, Victoria Nuland?"

Ex-Trump advisor Steve Bannon echoed a similarly meandering line of thinking that same day, instructing Florida residents to ask Rubio whether the CIA and Defense Department gave him specific questions to stick to in the hearing.

"What are they creating?" Bannon asked of the agencies. "Are we involved in any way? Have we financed it? Are we partners? Do we actually know what's going on?"

Trump national security adviser Mike Flynn was even more to the point, declaring that the U.S. had somehow admitted to developing bioweapons in Ukraine.

"I was told that biolabs in Ukraine was a conspiracy theory yet here we are," Flynn wrote over Telegram. "They are now admitting it openly."

While it is true that the U.S. has biolabs in Ukraine, there is no evidence that the U.S. is building bioweapons with them. In fact, the U.S. operation of these labs stems from a 2005 agreement between Ukraine and the U.S. to secure old Soviet-era weapons that were left behind in the aftermath of the Soviet Union's disintegration, CNN noted.

"The US Department of Defense's Biological Threat Reduction Program works with the Ukrainian government to consolidate and secure pathogens and toxins of security concern in Ukrainian government facilities, while allowing for peaceful research and vaccine development," the U.S. embassy explained back in 2020.

According to CNN, the theory that the U.S. is holding bioweapons in Ukraine typically flares up during times in which Russia is under intense international scrutiny. Kremlin agents have been known to plant pro-Russia stories in fringe media outlets, which results in conspiracy theories percolating to more mainstream personalities with larger audiences