Vladimir Putin is losing the war — at least on social media. Here's why that matters 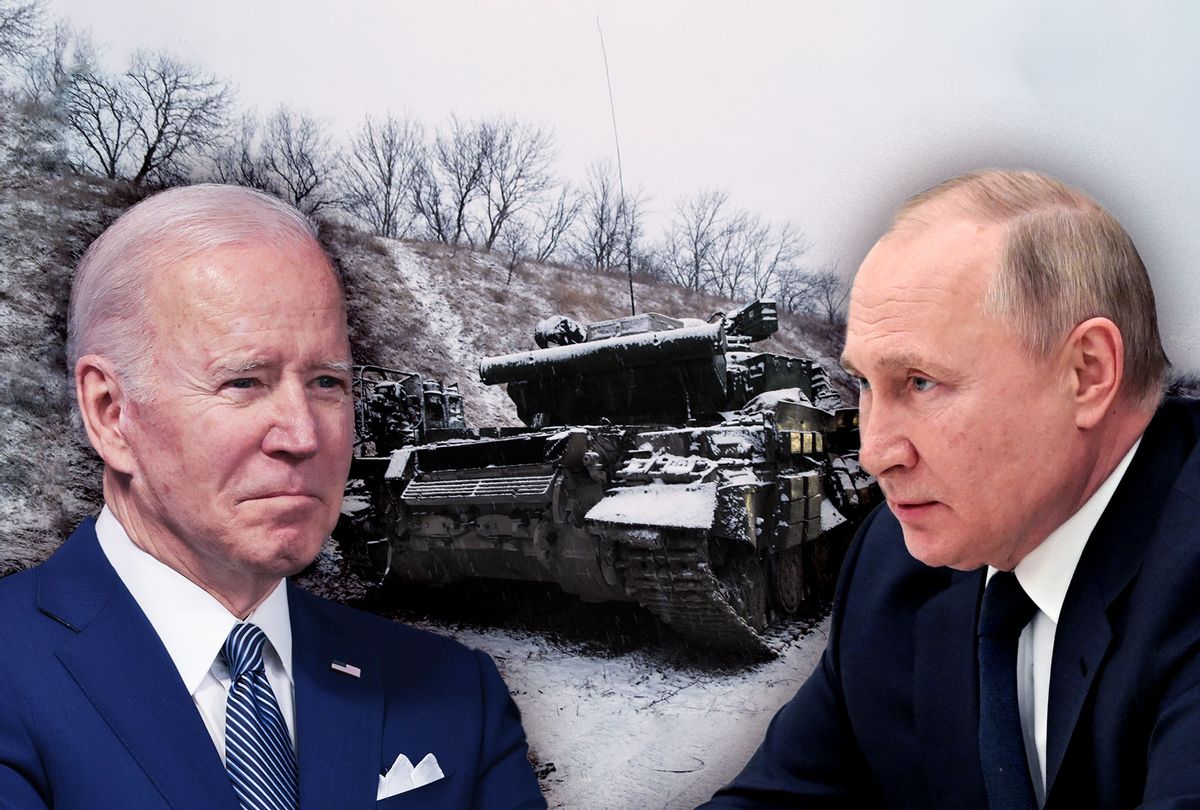 In the end, future historians may well label this the first "social media war," just as Vietnam was the first televised war and the Gulf War of 1991 was the first cable news war.

And as Vladimir Putin's "chosen war" against Ukraine enters its third week, fear and outrage continue to spread across the globe like gangrene. It's increasingly apparent that social media is driving the coverage and providing key information.

Some in the United States, including many members of the Republican Party, are trying hard to make this war about President Biden — and in doing so to spread more fear. They want to blame him for the invasion, blame him for rising gas costs and blame him for the deaths in Ukraine. These include the fact-deniers, the delusional dilettantes of destruction and devout worshippers of "alternate facts" who dwell in a shadowy world of misery, misinformation and malignancy. They're using social media to do so.

The value of Biden's efforts to solve the most complicated international crisis since the end of World War II is unrecognizable to those who support the arrogant, obnoxious efforts of Putin-wannabes who thrive in the dark cesspool of American politics. These are the devotees of spreading disinformation who declare they defend democracy while cheering the insurrectionists of Jan. 6.

Biden has been crystal clear about his intentions: He means to economically strangle Putin into submission, avoid a wider conflict and strengthen our European democratic allies — leaving Russia weaker. His experience on the international stage during a lengthy career in public office has provided him with a unique perspective, and the skills to get this done.

There are many in this country who decry experience, or say it doesn't matter. Biden's experience is proving otherwise, although the amount of bile that passes for political straight talk makes it next to impossible for the average uninformed American to understand the nuances of our current international crisis.

Putin has weaved a web of lies to defend his invasion of Ukraine and all of them have been unraveled by social media and American intelligence, and plainly presented to the world by Biden from the White House. This has even led to protests in Russia. Putin has tried to scare the rest of the world into giving him Ukraine by threatening nuclear war and trying to make it look like a showdown between the U.S. and Russia. He has failed. He has also failed in trying to disarm and destroy NATO — though he had a valuable ally in that effort, former President Donald Trump, before Biden entered the Oval Office.

Biden has ignored Putin's threats and refused to let the U.S. become directly involved in the conflict. Some of the very same people who support a "no fly zone" over Ukraine are those who say they most fear a nuclear confrontation based on a war with Russia. Putting American pilots in a position to shoot down Russian jets would not only play into Putin's attempts to widen the conflict, but place us even closer to a conflagration whose outcome plays out to the tune of R.E.M's "It's the End of the World as We Know It." But in reality, nobody will feel fine when nuclear winter descends.

Some in the press see this through a different lens. Joy Reid of MSNBC, focusing on the refugee issues, said: "There is a lot of soul-searching we need to do in Western media about why some wars, and lives, seem to matter more than others, and why some refugees get the welcome mat, while others get the wall."

True. I've seen refugees on our southern border treated as some would treat cattle. The empathy we show European refugees is far more than we show African or Latin American refugees. But this war waged by Putin supersedes those concerns because it is far more drastic in its potential. We cannot lose sight of the fact, for one second, that Putin's march into Ukraine brings with it the seeds of global destruction.

Some in the mainstream media don't understand this — especially in the White House press corps. Some of us there, especially those sitting in the first two rows of the Brady Briefing Room, are so self-absorbed that they believe a press briefing is an opportunity to engage the Biden White House in a one-on-one discourse while the rest of us sit or stand and watch in quiet respect for the stolid questioner. That blew up on Monday, when the 40 or 50 people in the room who don't normally get to ask press secretary Jen Psaki a question rebelled after the AP's Josh Boak pulled the plug after only 39 minutes. Steve Nelson of the New York Post criticized the front two rows for monopolizing the time, and said there were more questions from the back of the room. Others agreed. Finally White House Correspondents Association president Steve Portnoy had to stand up in the middle of the briefing room and moderate. His was an example of statesmanship many politicians could learn from.

Nelson was right, of course — and some of the stupidest questions I've ever heard have come out of the press corps since Biden took over.

RELATED: Putin's threat to the world grows — and much of our news media is not up to the challenge

It has been social media, which routinely engages in such lunacy that you have to wonder if you're watching an SNL skit, that has risen to the occasion — showing the world the scenes of destruction inside maternity hospitals and neighborhoods, and highlighting potential Russian war crimes.

Darnella Frazier, the teenager who recorded a comprehensive video of the killing of George Floyd, was recognized last year by the Pulitzer Prize board. She was 17 and awarded a special citation for "a video that spurred protests against police brutality around the world, highlighting the crucial role of citizens in journalists' quest for truth and justice."

Much the same thing is going on in Ukraine as those suffering from Putin's chosen war are recording it, posting it on social media and, like Joe Biden, exposing Russian propaganda for what it is. That has helped raise awareness and led to worldwide condemnation of the war.

Some mainstream media reporters, like former White House reporter Trey Yingst, last seen walking with fleeing refugees in Kyiv while telling the stories of tragedy and Russian hegemony, are doing the same thing. That's what covering a war is about. Show. Don't tell.

Watching this war on social media has naturally led to more stress in the world, just as we emerge from two years of stress imposed by a worldwide pandemic. All this has affected our mental health. People across the world are rightfully frightened. You can hear it in restaurant chatter, PTA meetings and social gatherings. "Is this the beginning of World War III — and how do we prevent it?"

Headlines on how to volunteer to fight in Ukraine and how to survive a nuclear war were in my news feed Saturday. Oh, and Aaron Rodgers was in the news again, getting the attention only an NFL diva can garner.

A source inside the Ukraine government told me Wednesday that more than 1.8 million people have fled the country, but also said resistance to Putin has continued to harden — and that each day "gives us all hope that the aggressor will ultimately fail."

This is where you have to give some credit to Biden. With his depth of foreign knowledge and experience, he has thus far outplayed Putin on the international chessboard. Putin has failed to widen the scope of the conflict. He has not been able to cast this as a U.S. versus Russia battle — and it has been social media that has effectively underpinned the arguments made by NATO and Biden. The scenes of destruction and the shots of President Zelenskyy broadcasting from a cell phone have galvanized the world — not the words and images of the mainstream media.

It is social media, at this point, that is making the difference. How do you keep a nuclear power from successfully invading a non-nuclear country? How do you curb a dictator's enthusiasm for greed, avarice and power? The altruists and the most naïve among us have often said, gosh, if we just stood up and held hands and refused to accept aggression, it could end today.

But it will be through the camera phones of ordinary people struggling against a violent, unprovoked invasion that we may come to understand how much we all have in common — and how much we all have to gain by standing up to aging autocrats whose only desires are greed, avarice and power. Not to mention how little their desires have to do with life, and how detrimental it is to the survival of the species.

In short, the camera phone is revolutionizing resistance by cutting through the clutter of propaganda and showing that Putin and his efforts are a "tale told by an idiot full of sound and fury, signifying nothing," with apologies to Shakespeare.

Joe Biden is demonstrating how to lead this fight without thumping his chest and contributing to that sound and fury.

Read more on the conflict in Ukraine: