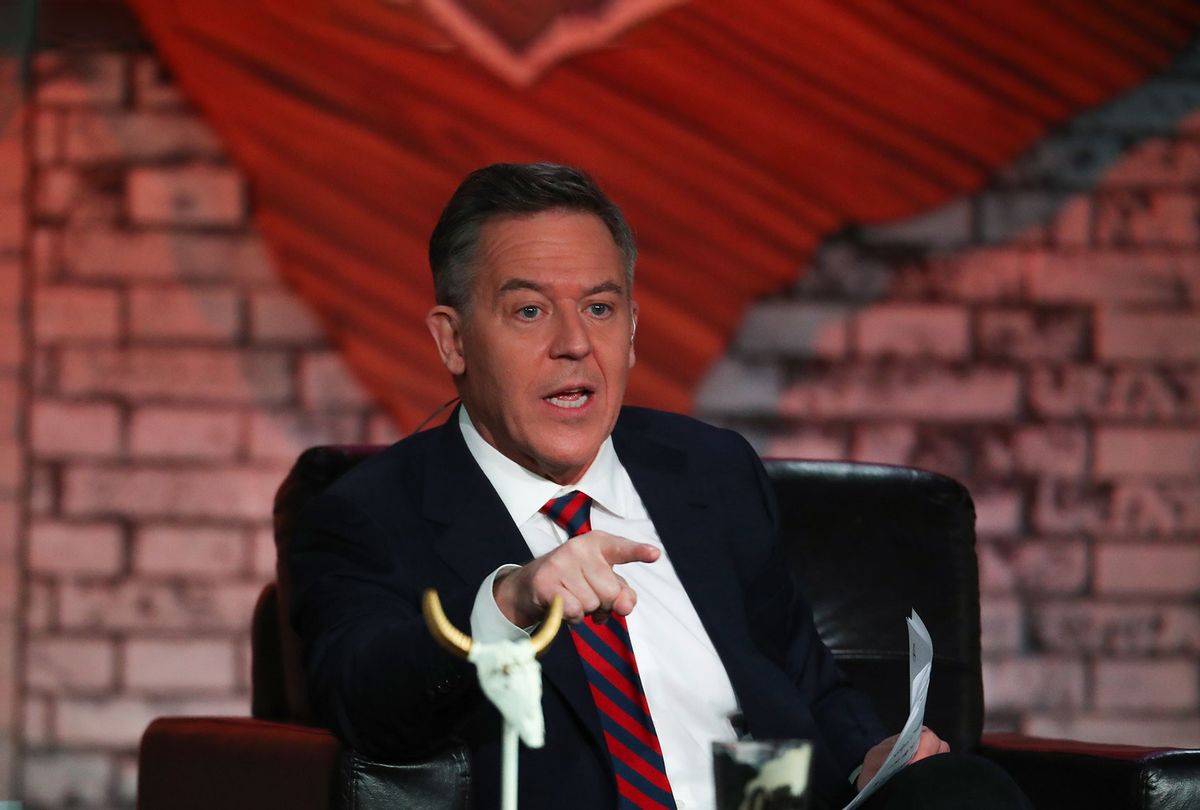 Fox News reporter Benjamin Hall on Tuesday rejected his colleague Greg Gutfeld's argument that the media's coverage of the crisis in Ukraine is trying to elicit an "emotional response" from the public.

Gutfeld, one of the hosts of "The Five," complained about the "prevailing narrative" about Russia's invasion of Ukraine, which has already led to thousands of deaths and the fastest-growing refugee crisis since World War II.

"I can feel the galvanizing force of these stories that kind of have sped up and are accumulating to create a narrative," Gutfeld said. "However, I can't help but feel that this is a lot like other stories that we've gone through in the digital age in which an image is taken and then played over and over and over again to create some kind of emotional response out of you, because that makes a profit for news companies."

After a commercial break, Hall, reporting from Kyiv, took exception to Gutfeld's comments.

"Speaking as someone on the ground, I want to say that this is not the media trying to drum up some emotional response," he said. "This is absolutely what's happening."

Hall pointed out that major cities like Kharkiv and Mariupol "are being absolutely flattened" by Russia's attacks.

"It is an absolute catastrophe and the people caught in the middle are the ones who are really suffering," he said.

Images from Kharkiv, the second-largest city in the country with a population of 1.4 million people, show residential areas decimated by missile strikes. In Mariupol, a city of more than 400,000 people, residents have been left without water or electricity and attempts to evacuate civilians have been repeatedly halted after Russian attacks on evacuation routes, according to Ukrainian officials.

"In the city of Mariupol, people are drinking from puddles because the Russian forces haven't allowed them to get out. When they have tried to get out, they're shelled," Hall said before playing a video showing desperate residents trying to flee bombarded cities.

"There is more video than we know what to do with," Hall added. "We will continue to cover it for you here on the ground, but it is only set to be worse."

Gutfeld after the segment accused Hall of taking a "cheap" shot at him.

"Should I address Benjamin Hall's cheap attack on me, or be a good co-worker and let it slide?" Gutfeld asked his co-hosts. "I will be the better man here. As I said before, when this started, we want the quickest end possible. My concern has always been, when a narrative creates a story that bolsters one side, that is out of its element, will you create more suffering? That is the simple point I'm making, is that could this have been prevented if there was a reality-based decision made and not the David and Goliath narrative that could prolong this and lead to more suffering and more humanitarian crisis."

Hall isn't the only Fox News reporter to push back on Gutfeld and the network's coverage of the invasion. Longtime national security correspondent Jennifer Griffin, who largely reports from the Pentagon, has shot down several assertions made by hosts and guests since the invasion began.

Ahead of the invasion, Gutfeld claimed that the Biden administration had "manufactured" the Ukraine crisis.

"First of all, I need to level-set with the conversation I've just been listening to," Griffin pushed back. "What we are witnessing right now is not something that just changed in the last 24 hours. … This is something we've been watching [for at least two weeks]."

After Gutfeld again asserted that the administration was overhyping the thread, Griffin shot back that this was not some "wag the dog action."

"Right now, every American should be watching this and knowing that this is deadly serious," she said.

Last month, host Harris Faulkner questioned why the Biden administration did not do more to prevent the invasion, noting that generals she has spoken to said "sanctions weren't going to work because they were baked into the cake as assets were put into place."

"Well, Harris let me, I need to follow up on that because what you are talking about, if it's more than sanctions, you are talking about sending U.S. troops to Ukraine," Griffin replied, adding that if NATO troops were sent to the region ahead of the invasion it would have given Russian President Vladimir Putin "a pretext to go into Ukraine."

"Sean, how we got to this point is a long story and it predates the Biden administration," Griffin said. "It goes back and includes mistakes made by every U.S. president since the Soviet Union fell apart."

Griffin has also called out the network's guests, including retired Brig. Gen. Don Bolduc, a Republican New Hampshire Senate candidate who has spread conspiracy theories that the 2020 election was rigged. Bolduc told host Steve Hilton that the U.S. should increase its military presence in Ukraine.

Griffin appeared on a later segment and took issue with Bolduc's remarks.

"I have to respond to something your previous guest, Brig. Gen. Bolduc, said, because he really was way off the mark in terms of talking about what the U.S. could do on the ground," she said, explaining that the U.S. doesn't have troops in Ukraine over concerns that it would trigger a nuclear war with Russia.

"Clearly, Brig. Gen. Bolduc is not a student of history. He's a politician, he ran for Senate in New Hampshire and failed," Griffin continued. "He's not a military strategist, and to suggest that the U.S. would put indirect fire or special operations or CIA on the ground to give Putin any sort of excuse to broaden this conflict is extremely dangerous talk at a time like this."

Griffin also took issue with comments made by retired Col. Douglas MacGregor, a former Trump adviser, who defended Putin and suggested that the U.S. should stop sanctioning Russia and providing aid to Ukraine.

"I feel like I need to correct some of the things that Col. Douglas MacGregor said, and I'm not sure that 10 minutes is enough time to do so because there were so many distortions in what he just said," Griffin said in the following segment, accusing MacGregor of sounding like a Putin "apologist."

"The kind of appeasement talk that Col. MacGregor, who should know better — when he was in government, he was the one who was advising Trump to pull all troops out of Germany," she said. "That projection of weakness is what made Putin think he could move into a sovereign country like Ukraine."

Griffin's fact-checking hasn't sat well with some of her colleagues. Fox News host Tucker Carlson, who repeatedly defended Putin before the invasion, and since then has acknowledged he was wrong but still blames the Biden administration for the war, last week appeared to dismiss Griffin as a "so-called" reporter who is "acting secretly as a flack for Lloyd Austin at the Pentagon."

Griffin discussed the attention her pushback has gotten in an interview with fellow Fox News host Howard Kurtz last week.

"I cover the news. I've been part of the news division since those beginning days," she said. "I'm here to fact-check facts, because I report on facts. And my job is to try and figure out the truth as best as I know it. I share those facts internally so that our network can be more accurate. That's what I've always done."