"Remember that Zelenskyy is a thug," Cawthorn said, claiming that he is trying to lead the U.S. into war 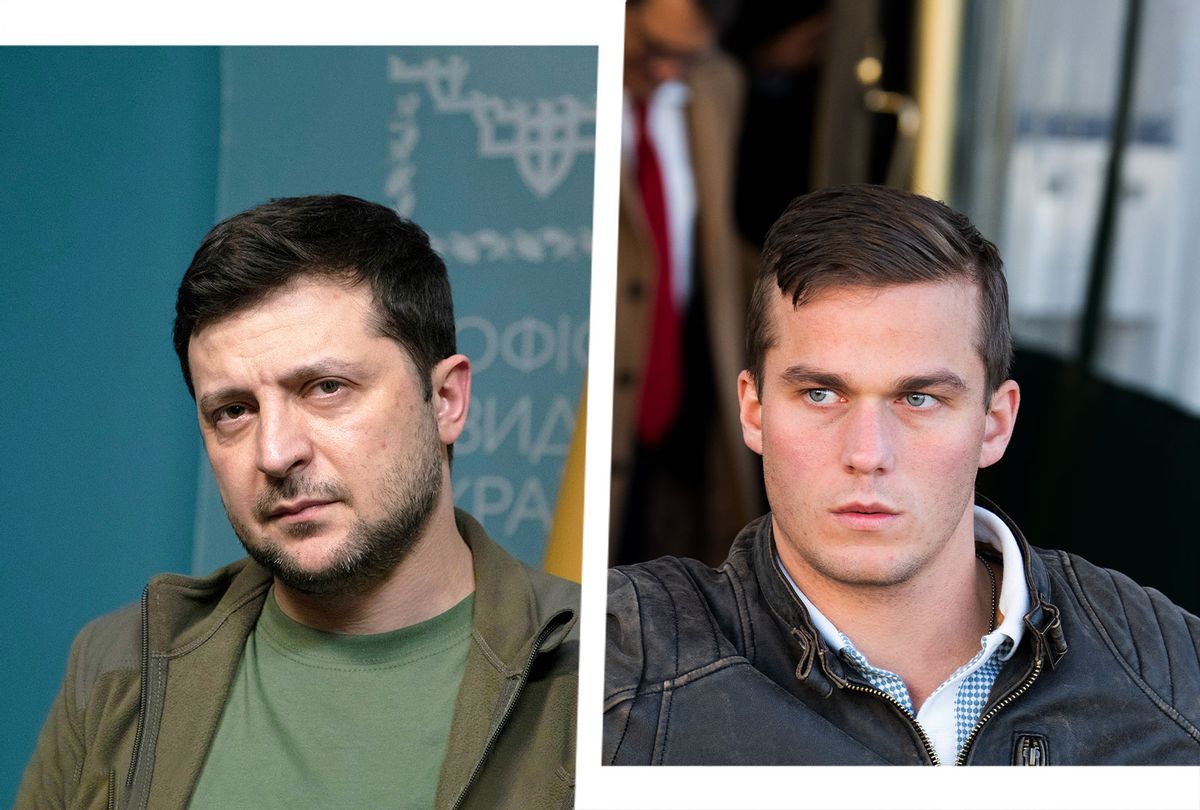 The comment, reported by longtime Republican operative Karl Rove in The Wall Street Journal on Wednesday, is even harsher than the rhetoric of most of his right-wing colleagues, who, over the past several weeks, have slowly praised Zelenskyy as they hesitantly condemn Putin.

Even Trump, who has long praised Putin and initially called his incursion "genius," has finally called Russia's invasion of Ukraine "appalling."

It remains unclear what Cawthorn's line of reasoning was last Saturday. But a spokesperson for the lawmaker told Insider Cawthorn "supports Ukraine and the Ukrainian President's efforts to defend their country against Russian aggression, but does not want America drawn into another conflict through emotional manipulation."

"The Congressman was expressing his displeasure at how foreign leaders, including Zelensky, had recently used false propaganda to entice America into becoming involved in an overseas conflict," the spokesperson added.

On Thursday, Cawthorn appeared to follow-up his remarks by claiming that while "Putin's actions of Putin and Russia are disgusting," Zelenskyy is also attempting to entice the U.S. into waging a military intervention with a concerted propaganda campaign.

"Leaders, including Zelenskyy, should NOT push misinformation on America," he tweeted. "Pray also we are not drawn into conflict based on foreign leaders pushing misinformation.

RELATED: There is no "Putin wing" of the GOP: Why almost no Republican backs Ukraine over Russia

According to The New York Times, Ukrainian officials have spread dubious videos and made unverified claims about the war. But by and large, the outlet reported, that propaganda "is largely focused on its heroes and martyrs, characters who help dramatize tales of Ukrainian fortitude and Russian aggression."

"If Ukraine had no messages of the righteousness of its cause, the popularity of its cause, the valor of its heroes, the suffering of its populace, then it would lose," said Peter W. Singer, a strategist and senior fellow at New America, told the Times. "Not just the information war, but it would lose the overall war.