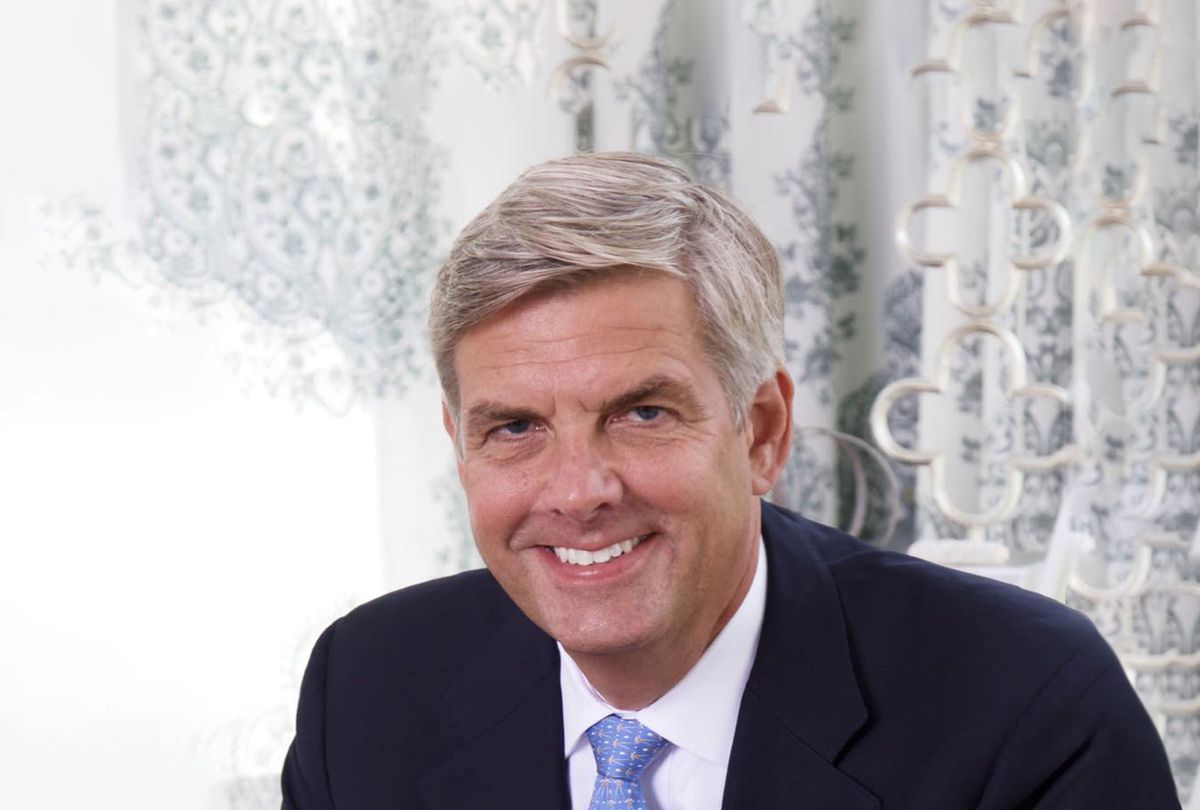 Bob Stefanowski, a Republican candidate for governor in Connecticut, has bragged about his former role at the financial giant UBS, but two reports from a watchdog group found that his bank managed assets that were linked to human rights and environmental abuses while he played a central role there.

Stefanowski, who served as chief financial officer of UBS between 2011 and 2014, makes scant mention of his time at the Swiss-based investment bank on his current website. But his previous failed gubernatorial campaign  distributed mailers boasting that he "managed $500 billion in assets" while at the company. Two reports from the German-based nonprofit watchdog group Facing Finance found that some assets that Stefanowski managed were linked to companies with a "disregard for the environment and human rights."

The watchdog group found in 2013 that "UBS continues to finance controversial companies." That report noted the company's "financial ties" to Nestle, which had "several cases of child labor" in its cocoa supply chain, and to "other companies with tainted human rights records." The 2014 report by Facing Finance found that despite the company's new environmental and human rights policies, the bank "has been repeatedly accused of involvement in investments violating human rights" and that the "investment portfolio of UBS contains other companies associated with human rights violations."

Stefanowski, who also served as an executive at General Electric and payday lender DFC Global, frequently touts his business experience on the campaign trail, where he has sought to cast himself as a financial leader and "turnaround expert." Stefanowski, who pledged to spend $10 million of his own money on his campaign, lost to Democratic Gov. Ned Lamont by just three points in 2018 and the Republican Governors Association has targeted the Connecticut race as a top pickup opportunity in 2022.

According to Finding Finance, the pattern of UBS investments show that the bank's "business operations lack a definition of binding environmental, social and governance (ESG) assessment criteria." Although UBS published an "environmental and social risk framework" that marks "an important step towards improving transparency," the report continues, it still needs "to define minimum standards for ESG risks and publish internal sector guidelines for risk in the assessments of controversial sectors."

UBS "has financial ties to 24 of the 26 companies highlighted in this report," the group said, describing the companies mentioned as controversial "because of their disregard for the environment and human rights."

The report noted that UBS had "more financial ties to Nestle than any other company" it examined, and cited multiple cases of child labor violations in Nestle's supply chain. UBS also had financial connections with to "other companies with tainted human rights records," including the mining companies AngloGold, Ashanti, Barrick Gold, Jindal and Vale.

UBS in 2013 managed or owned an investment worth roughly $73 million in Barrick Gold, which has been linked to killings, beatings and gang rapes, as well as dangerous environmental pollution, according to human rights groups. While UBS continued to work with the company, at least 10 other financial institutions excluded Barrick Gold from their investment portfolios "due to the company's long history of security, environmental, and human rights-related abuses," according to Facing Finance.

UBS also had hundreds of millions in financial ties to Anglo American, including $151 million in loans, $242 million in underwritten shares and bonds, and $48.5 million in managed shares and bonds. The mining company faced international protests in 2013 after it was accused of jeopardizing the health of 13,000 people who lived or worked near its mine in Colombia. Miners who worked for Anglo American claimed it had destroyed over 12,000 hectares of tropical forest, displaced five nearby villages and moved rivers to expand its coal mining operation. Many of the villages were home to the Wayuu people, The Guardian reported at the time, an indigenous group who lived in the area well before the Spanish conquest, as well as people of African descent who had fled slavery on the Colombian coast. The company's security forces had also been accused of firing rubber bullets at employees at a mine in South Africa, injuring nine workers, according to Facing Finance.

UBS also provided $53 million in loans to AngloGold Ashanti, another mining company accused of "using highly toxic chemicals, polluting water sources, intensifying deforestation, and expelling local populations from their land," according to Facing Finance. Local news reports at the time said that Tanzanian farmers had been displaced by one of the company's gold mines, one of the largest in the country, with no compensation and forced to "live like refugees" in camps resembling those in war-torn Darfur.

Stefanowski's campaign did not respond to a request for comment.

"Bob Stefanowski was either too ignorant and uninformed to know the money he controlled was going to human rights abuses, or he simply didn't care," Alexandra De Luca, a spokesperson for the Democratic PAC American Bridge 21st Century, said in a statement to Salon. "The latter seems more likely, but in either case, it's clear he is unfit to lead Connecticut."