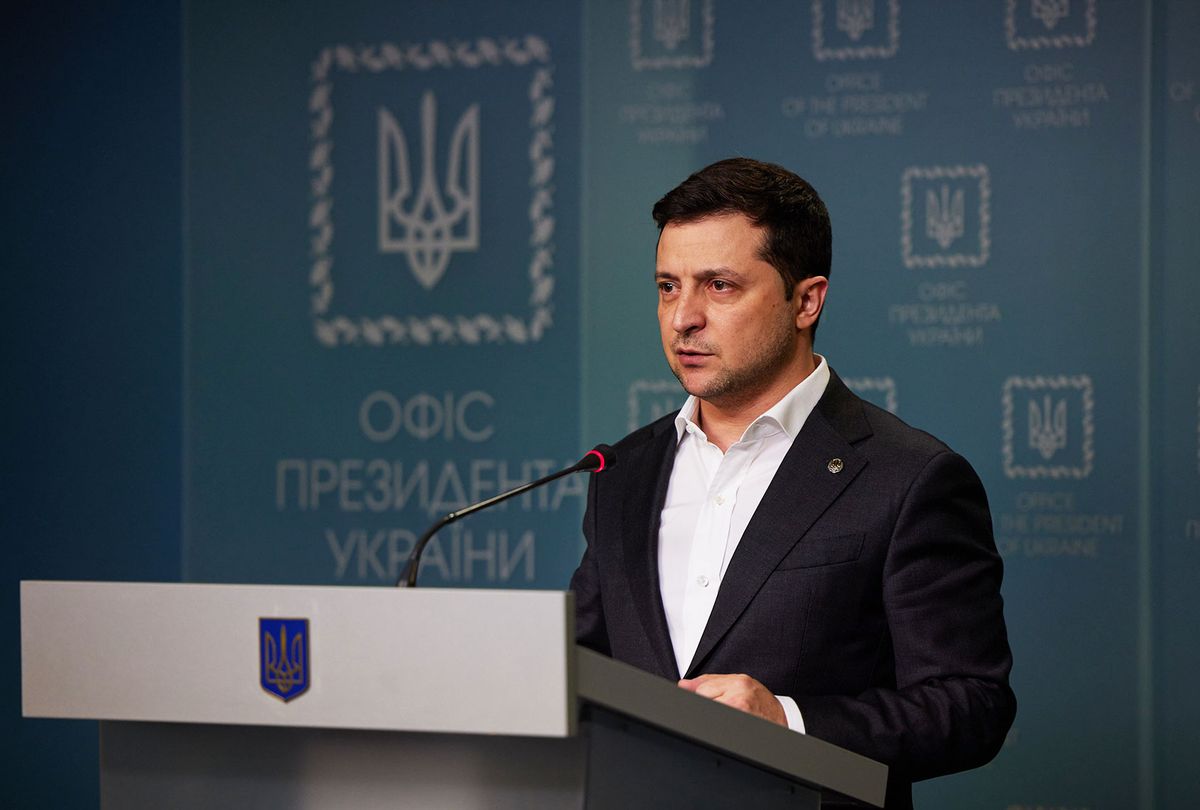 President of Ukraine Volodymyr Zelenskyy holds a press conference in regard of Russia's attack on Ukraine in Kiev, Ukraine on February 24, 2022. (Ukrainian Presidency/Handout/Anadolu Agency via Getty Images)
--

Ukraine's parliament has released the news that the mayor of Melitopol, Ukraine, Mayor Ivan Fedorov, was abducted by Russians on Friday in what the Ministry of Foreign Affairs of Ukraine is calling "a war crime under the Geneva Conventions."

In a statement made by Ukraine's parliament obtained from NPR, it's revealed that approximately 10 people nabbed Fedorov in the city center, and put a plastic bag over his head.

"The fact of the abduction of the mayor of Melitopol, along with hundreds of other facts of war crimes by Russian occupiers on the Ukrainian soil, are being carefully documented by law enforcement agencies. The perpetrators of this and other crimes will be brought to the strictest responsibility," the ministry wrote in a statement posted to its official Facebook page.

"Russian troops, who have been launching missile and bomb attacks on civilian facilities and infrastructure in Ukraine, including children's hospitals and schools, over the course of two week, are cynically accusing the mayor of 'terrorism,'" the ministry added in their official statement.

The State Service of Special Communications and Information Protection of Ukraine obtained footage of what appears to be the moment the abduction took place. Watch the footage below: