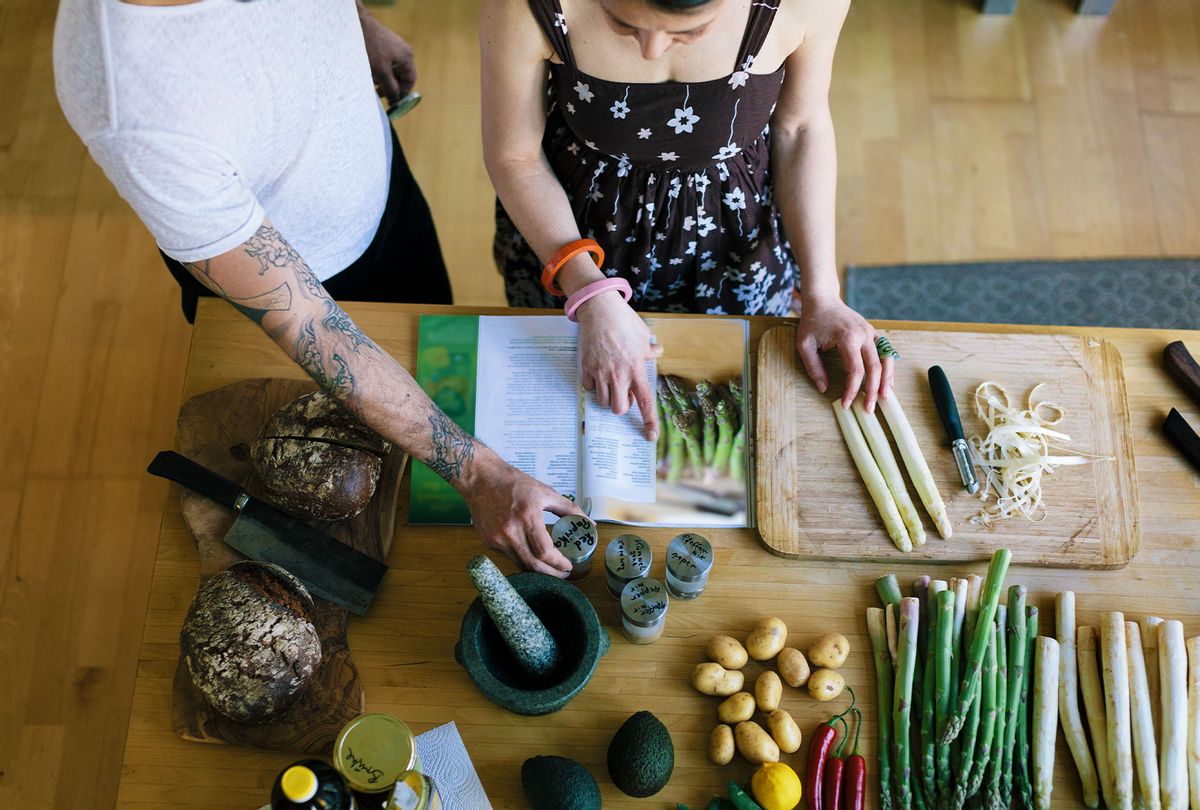 Spring is just around the corner, and with it comes the release of a bunch of new cookbooks that I'm really looking forward to reading. They cover everything from reducing food waste, to creating bodega favorites at home, to making a cheeseburger-kimbap combination. Here are five that I'm most looking to scooping off the shelves when they arrive.

Recipe developer and "Sweet Heat" host Rick Martinez embarks on a 20,000-mile journey across Mexico — and you're invited along for the ride. He'll explore the culinary masterpieces found in 156 cities across 32 Mexican states, chronicling his connections with both the places and the people who cook there.

Expect recipes like Oaxacan Algbóndigas en Chipotle, herb and cheese meatballs bathed in a smoky, spicy chipotle sauce; tender tamales packed with shrimp, chiles and roasted tomatoes; and carne asada stuffed in a cheesy, grilled quesadilla. Woven throughout all that goodness are poignant essays that lend cultural context and a personal touch to the diverse food of Mexico.

Food has always been a central part of Eric Kim's story. In his debut cookbook, the New York Times staff writer offers a primer for what Korean-American pantry looks like, how Korean cooking is interwoven throughout the history of America (especially in Atlanta where he grew up), and how he developed his "Korean-ish" meals for one —like Gochujang-Buttered Radish Toast and Caramelized-Kimchi Baked Potatoes.

"To The Last Bite" by Alexis de Bochenek (April 19)

Something that I'm plagued by in my own kitchen — especially as I try new cookbooks and develop recipes of my own — is the food waste that is inherent to buying a specific ingredient, only to use just a portion or pinch of it.

In Alexis deBoshnek's new cookbook, "To The Last Bite," the Catskill Mountains native shares a lifetime of knowledge about preventing food waste. All the recipes in this book are designed to use or repurpose the entire ingredient, saving you money and preventing that feeling of tossing away something because you simply didn't know how to get through the whole thing before it went bad.

Buy a whole chicken for Alexis's juicy, delicious Spatchcock Paprika Chicken with Carrots and save the bones for a stock, which you can add to braised leeks with white wine and thyme. Her Greens Skillet Pie uses any herbs you haven't gotten around to in the crisper drawer (we at Salon are also big proponents of greens — and beans! — here are some of our favorite recipes here).

"Bagels, Schmears and a Nice Piece of Fish" by Cathy Barrow (March 15)

As Pearse Anderson wrote for Salon, Cathy Barrow's newest cookbook, "Bagels, Schmears and a Nice Piece of Fish," delivers on its promises. As the title suggests, there are bagels to knead and proof (Montreal, pumpernickel, gluten free, to name a few); cream cheese to make from scratch or whip with add-ins (cherry cheesecake schmear, anyone?); and, of course, pickles, kippers, carrot salads, capers and more to build out a substantial platter. Barrow even menu-plans bagel platters for shiva, Yom Kippur and a two-person brunch — events which maybe too many of us have attended during the pandemic.

"My America: Recipes from a Young Black Chef" by Kwame Onwuachi and Joshua David Stein (May 17)

Many know Kwame Onwauchi from his book, "Notes from a Young Black Chef: A Memoir," which he co-write with Joshua David Stein. As Salon's D. Watkins, wrote in 2019, "since he tried on his first pair of chef whites, Onwuachi,  a 'Top Chef' contestant  and the 2019 winner of the James Beard Foundation's Rising Star Chef of the Year Award, which is given annually to a chef age 30 or younger for exceptional talent and character, has been confronted with racism in the food industry."

That book chronicles his challenges and his rise to acclaim; this book is a celebration of the food of the African Diaspora, as handed down through Onwuachi's own family history, spanning Nigeria to the Caribbean, the South to the Bronx, and beyond.