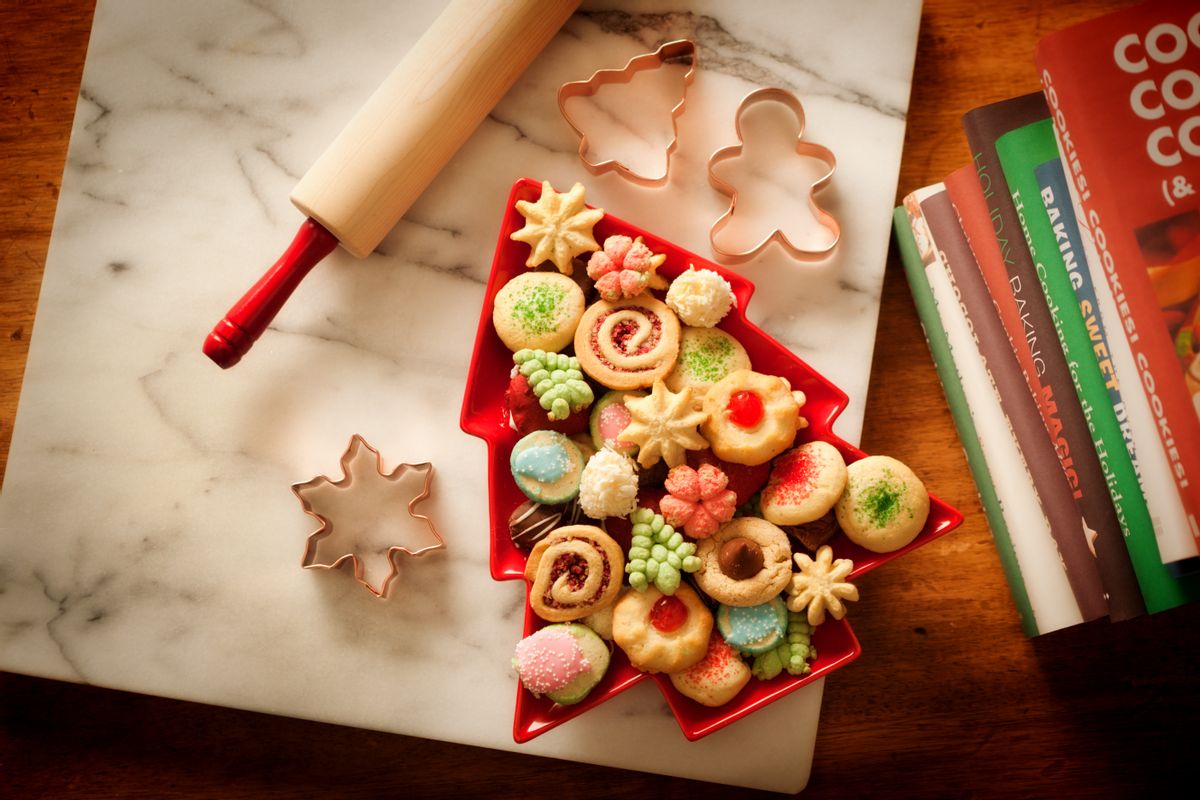 If the team at Salon Food had one small piece of holiday advice to impart, it would be this: Buy cookbooks for everyone on your shopping list. In terms of affordability and practicality, they really are the ideal gift, but there's also something deeply personal about purchasing the right cookbook for the right person.

It's a simple way to say, "I see what makes you truly you." The right cookbook can help someone adapt to new ways of eating, feel at home in a new city or country, further connect to their culture or step outside of their comfort zone in the kitchen. A cookbook really is a gift that keeps on giving — every time the recipient cooks (or mixes a cocktail) from it, they'll think of you.

Our editorial staff collected some of our favorite cookbooks from the past year, all of which are guaranteed to provide culinary inspiration well beyond the holiday season. In alphabetical order, here are nine cookbooks that make great (last-minute) holiday gifts for the foodie in your life:

For Christmas last year, I received a fancy baking cookbook. After thumbing through it once, I immediately regifted it. After all, how much is there left to say about brownies and snickerdoodles? Jesse Szewczyk changed my mind. The Kitchn columnist's beautiful, thoughtful and incredibly inventive debut reimagines beloved desserts using novel techniques and ingredients in ways that are fresh, approachable and never gimmicky. Drawing upon the flavor groups of "Chocolaty, Boozy, Fruity, Nutty, Tart, Spiced, Smoky and Savory," Szewczyk delivers exactly what you want from a book that definitely won't get regifted — that sweet spot of comfort and novelty. I can't stop thinking about his boozy fudge squares and meltingly delicious brown butter brownie cookies. — Mary Elizabeth Williams

"Imagine you're a rookie bartender and this is your handbook." That's how this show-stopping doorstopper opens, leading into more than 600 recipes alongside best practices, recipe-building notes, the mechanics of building a cocktail menu and all the indispensable knowledge any bartender, amateur or pro, could ever want to level up to Death & Co standards. The book itself, oversized in deep black cloth hardcover, is gorgeous. David Kaplan's introduction, detailing the East Village craft cocktail powerhouse's long journey to expansion — now in Denver and Los Angeles — and the ups and downs that 2020 wrought on the industry will make you ache for beloved bars that didn't make it through the pandemic and extra-thankful for those that did. Hundreds of recipes are thoughtfully organized and labeled with handy symbols to differentiate between low-prep and "project" cocktails, plus easy identifiers for low- and no-ABV drinks, an essential for mindful drinkers and thoughtful hosts. Pair this with a set of Nick & Nora cocktail glasses or a powerful handheld citrus press. — Erin Keane 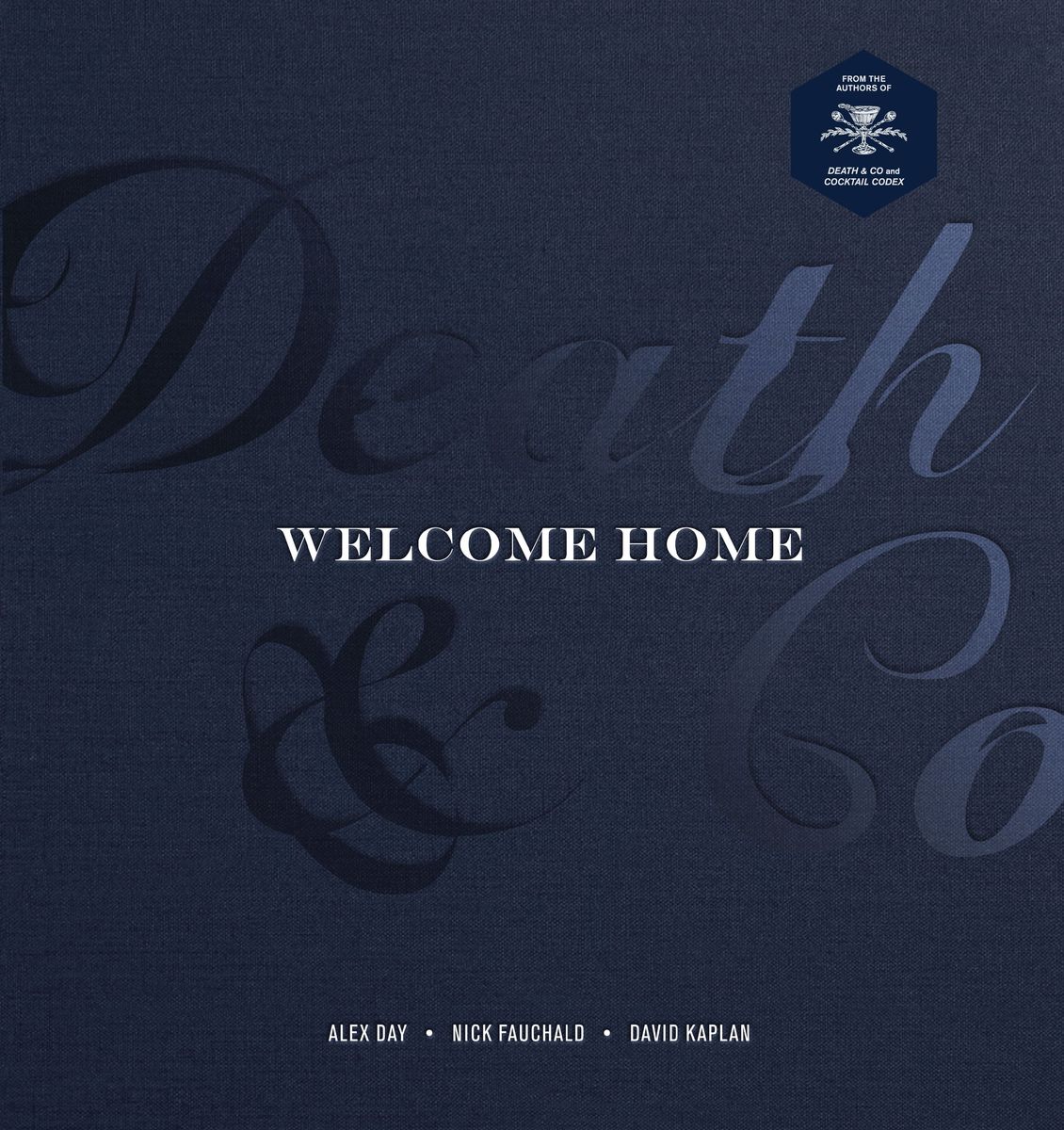 More than 600 recipes from the bestselling team behind "Death & Co: Modern Classic Cocktails."

The ultimate guide to choosing ingredients, developing your palate, mixing drinks and leveling up your home cocktail game.

While Mallory O'Meara's new deep dive, "Girly Drinks," isn't a book of cocktail recipes, it is a perfect gift for anyone interested in learning more about what, how and why we drink. O'Meara, New York Times bestselling author of "The Lady from the Black Lagoon," a true-detective story slash feminist film history of the life and work of a Disney animation pioneer and classic horror film creature creator, pairs deep research with engaging and witty prose in this rigorous history that doesn't read like schoolwork. "Girly Drinks" is a necessary addition to any booze enthusiast's bookshelf, alongside such histories as Iain Gately's "Drink: A Cultural History of Alcohol" and David Wondrich's "Imbibe!". You'll learn that Hildegard of Bingen was the first person to write scientifically about hops, that women were the first sake brewers in Japan and all about celebrity bartender Ada Coleman, who became the first female head bartender of the American Bar in London's Savoy Hotel in 1903. Pair this with a cocktail kit. I suggest the French 75, a classic "girly drink" that never disappoints. — Erin Keane 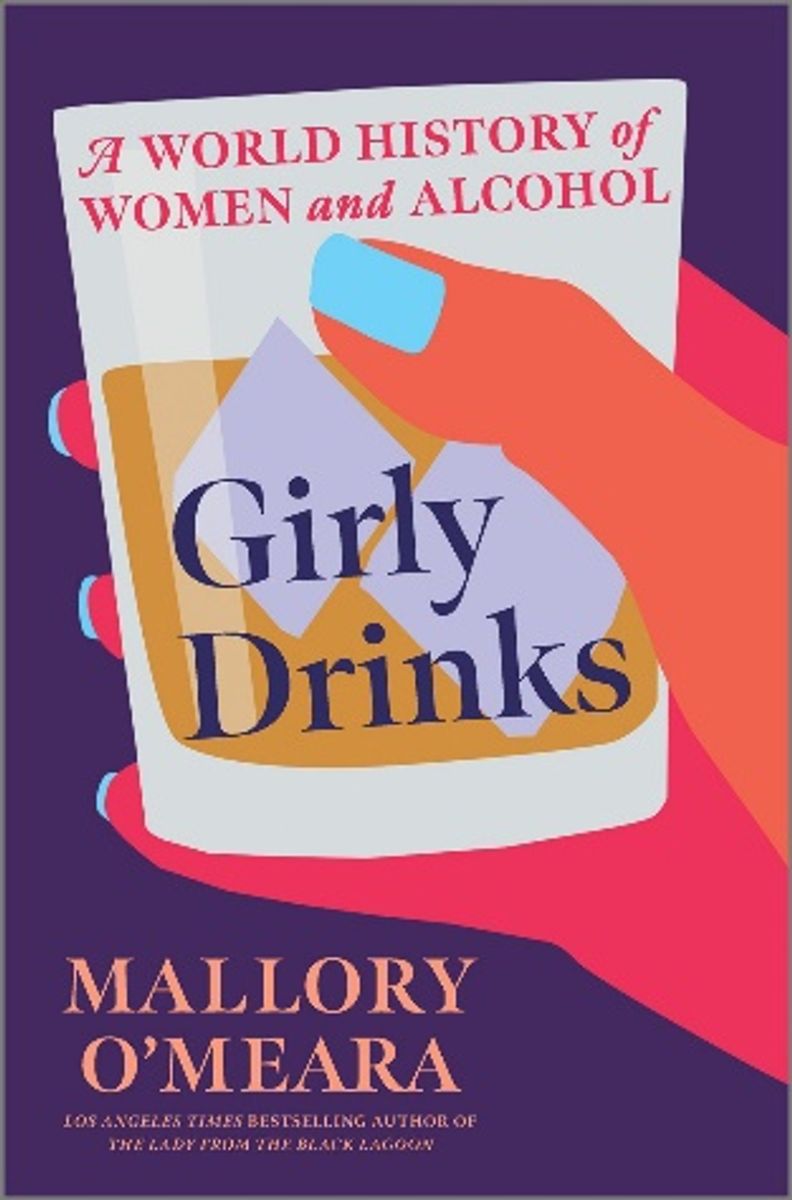 A lively and engrossing feminist history of women drinking through the ages.

4. "The Japanese Art of the Cocktail" by Masahiro Urushido and Michael Anstendig (Mariner Books)

Katana Kitten mastermind Masahiro Urushido shares his precision-meets-playfulness philosophy in "The Japanese Art of the Cocktail," a gorgeous full-color volume of recipes, techniques and essays on the flavors, history and culture that power his award-winning Greenwich Village bar, which "embodies the Japanese approach to the cocktail, filtered through a distinctly American sensibility." Divided in three parts, the recipes begin with Katana Kitten drinks (highballs, cocktails, boilermakers), then move to more of Urushido's favorite Japan-inspired drinks, plus contributions from mixologist friends, and finish with Katana Kitten's lauded bar snacks like anori-tossed crinkle fries and mortadella katsu sando. Pair this with Suntory Toki whiskey, a glass beer mug (Katana Kitten tip: keep both in the freezer) and a bottle of highly carbonated soda water for perfect at-home highballs. — Erin Keane 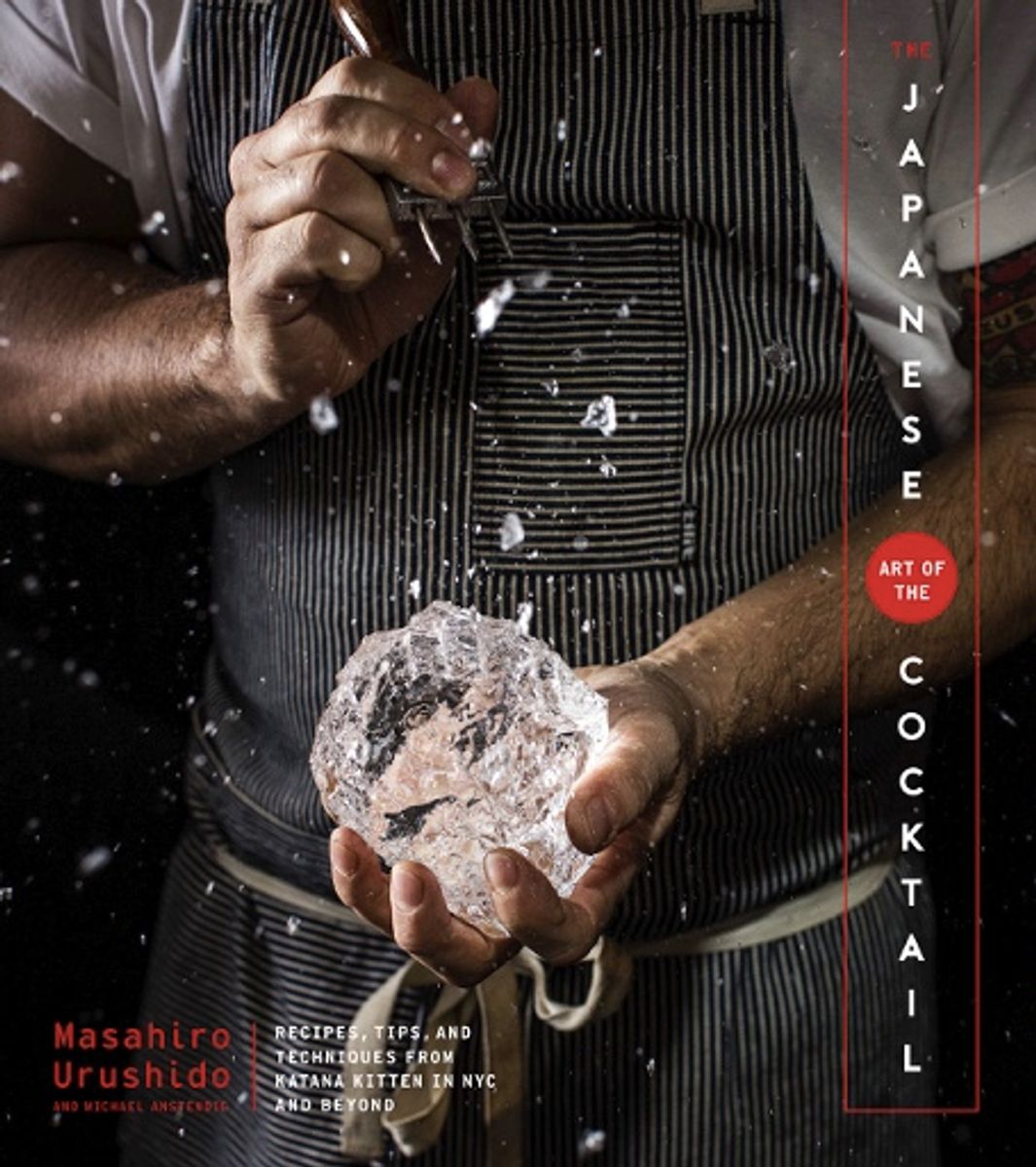 "The Japanese Art of the Cocktail"

The first cocktail book from the award-winning mixologist Masahiro Urushido of Katana Kitten.

Urushido shares his immense knowledge of Japanese cocktails with 80 recipes that best exemplify Japan's contribution to the cocktail scene.

He had me at "meatball salad." Or was it "pasta with chickpeas and a Negroni"? Sam Sifton, who has been preaching the gospel of relaxed, flexible cooking for years now in his New York Times columns, offers low maintenance and big, intense flavors along with plenty of encouraging tips and modifications for home cooks. His strategies often involve just looking at what you have and thinking about it in new ways — like, you know, meatballs and salad. I love his supportive endorsement for rotisserie chicken and his understanding that breakfast food is "any time" food. This is a book for people who already love to cook or wish they did and want to know how to get there. The secret might be more peanut butter and pickle sandwiches. — Mary Elizabeth Williams

"Rodney Scott's World of Barbecue" also serves as a poignant deep-dive into the foodways of South Carolina and the surrounding region, as well as into the ways Black culinary traditions and barbecue are interwoven throughout American history. — Ashlie Stevens 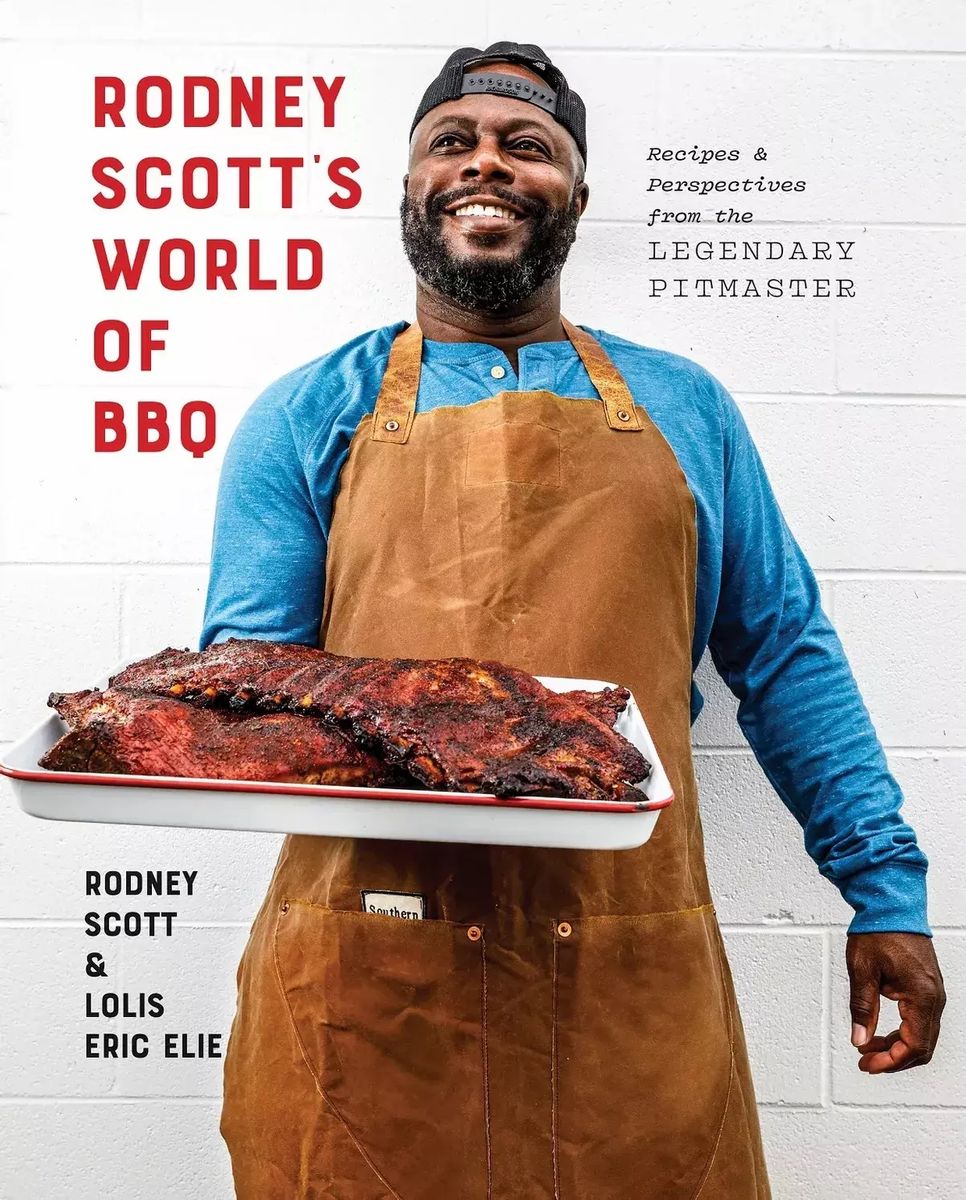 Scott celebrates an incredible culinary legacy through his life story, family traditions and unmatched dedication to his craft.

7. "My Shanghai: Recipes and Stories from a City on the Water," by Betty Liu (Harper Design)

For American eaters, author Betty Liu writes, Chinese food isn't necessarily associated with seasonality. However, Liu's book "My Shanghai" shows a much truer picture of Shanghainese cuisine as one that is dictated by what is available in the surrounding waters and fields. Ripe produce and fresh meat and seafood are used in harmony with distinct blends of spices to create dishes that are both refined and intuitive.

The recipes that shine the most from "My Shanghai" are also some of the most approachable for beginner cooks, such as Liu's hearty scallion oil noodles or silky steamed eggplant seasoned with ginger and black vinegar. — Ashlie Stevens 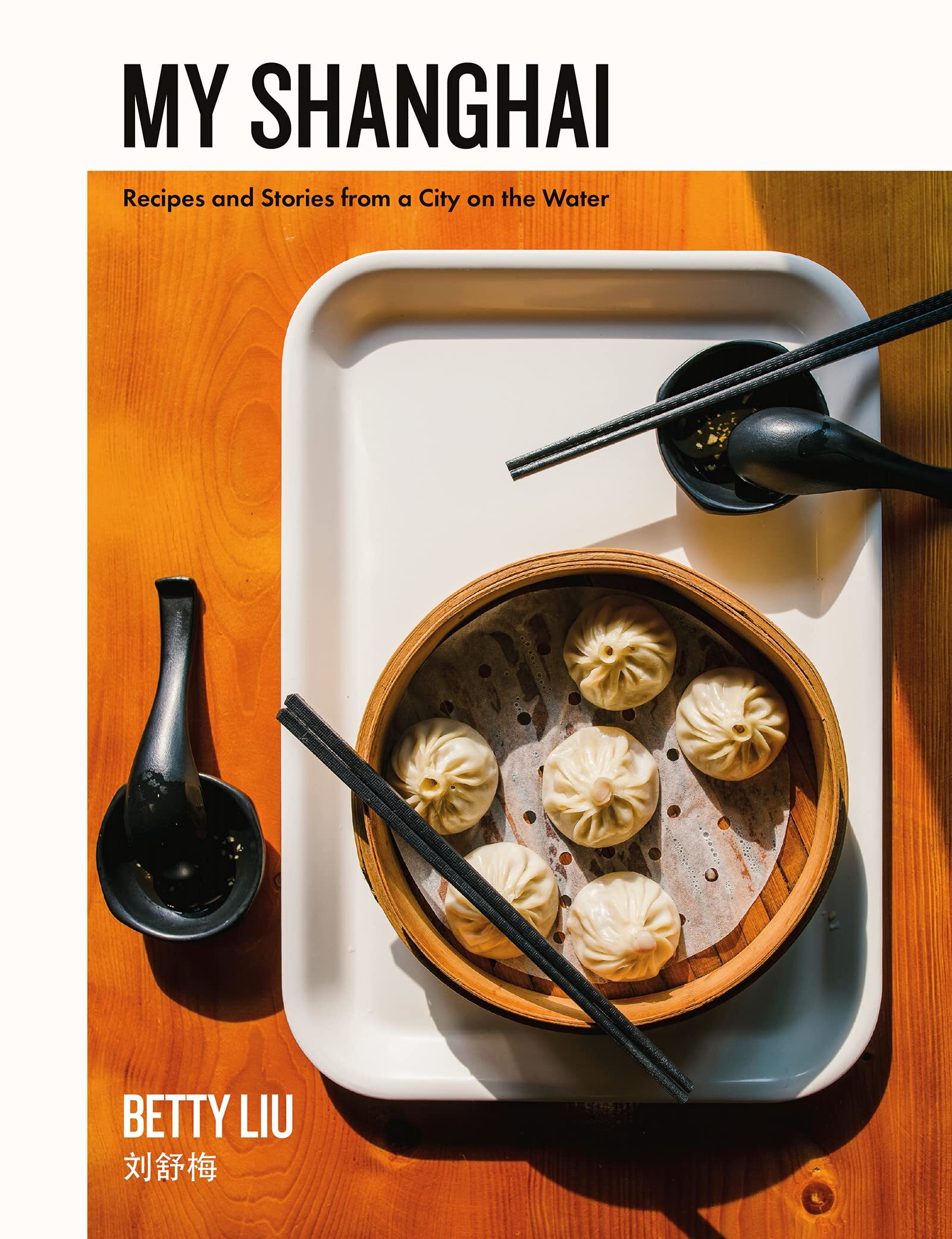 "My Shanghai: Recipes and Stories"

Experience the beauty and flavor of one of the oldest and most delicious cuisines on earth.

8. "To Asia, with Love: Everyday Asian Recipes and Stories from the Heart" by Hetty McKinnon (Prestel Publishing)

No other cookbook this year gave me more solid home runs, from condiments to main dishes to desserts. I'm obsessed with McKinnon's "reliable dumpling dipping sauce," sheet pan chow mien and hauntingly delicious, soy sauce tinged brownies — and I haven't even made everything I want to try yet. It's a collection generations in the making. "While modern cooking can be an applied science, with copious rules and predicted outcomes," McKinnon writes, "there is also so much to learn from the way our mothers, grandmothers and their ancestors cooked." In sharing her family recipes and recollections, the self-described "Chinese girl born in Australia" (now living in the U.S.) has also created a beautiful piece of storytelling, a work to equally cook your way through and curl up with. — Mary Elizabeth Williams

The pandemic has served as a catalyst for many Americans to reassess how they cook and eat at home, myself included. Bart Van Olphen's gorgeous "Veggies & Fish" is there to meet them. Van Olphen acknowledges the shift in how plates are put together in his introduction, "It was simple: When you put together a dish, you'd start by choosing your meat, game, poultry or fish, preferably in a generous portion of 6 1/2 ounces or more."

Then came the sauce, and finally, the vegetables and a starchy element. "Both were kind of filler, if anything," he writes. "Sometimes they didn't even complement each other very well." 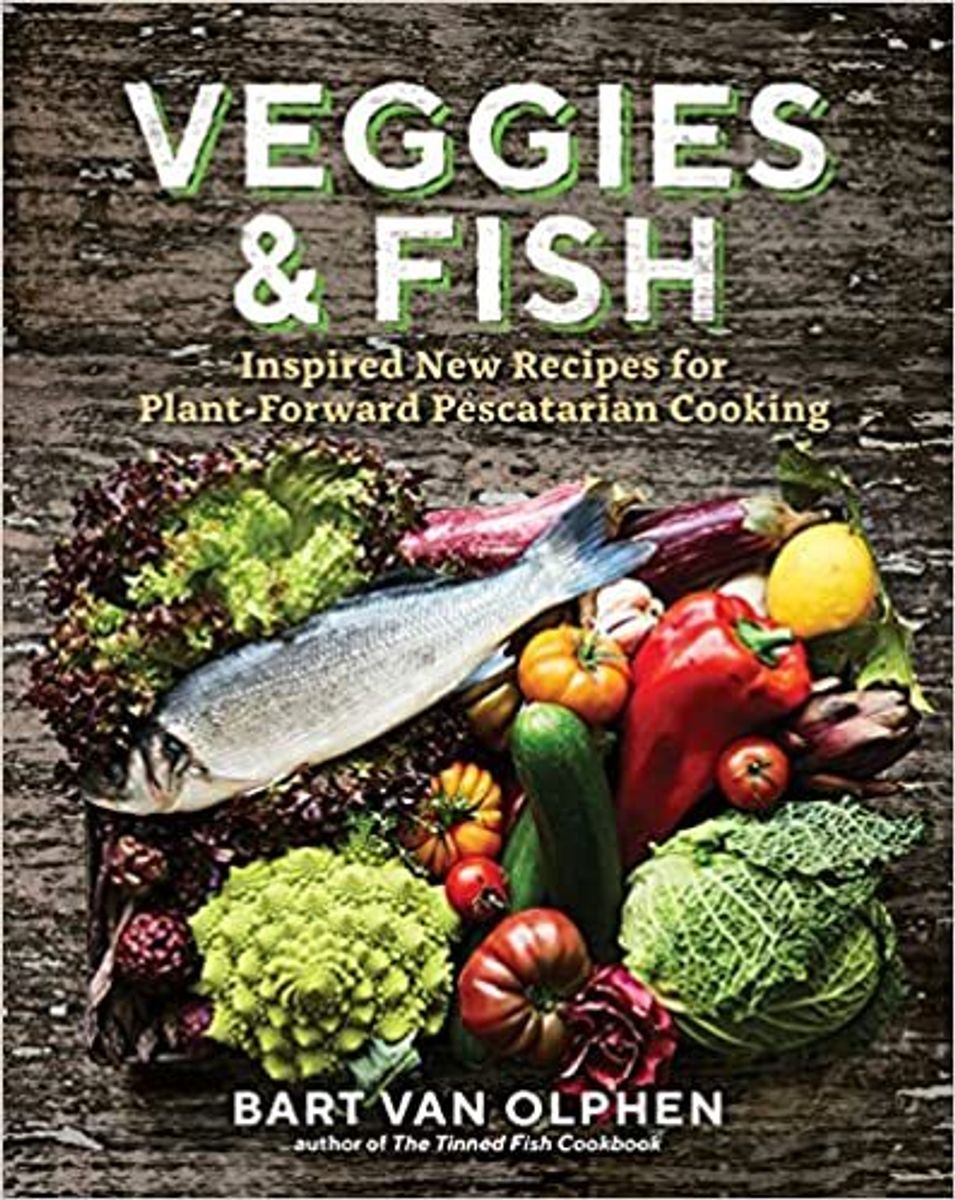 The acclaimed author of The Tinned Fish Cookbook turns to fresh, eco-friendly seafood.