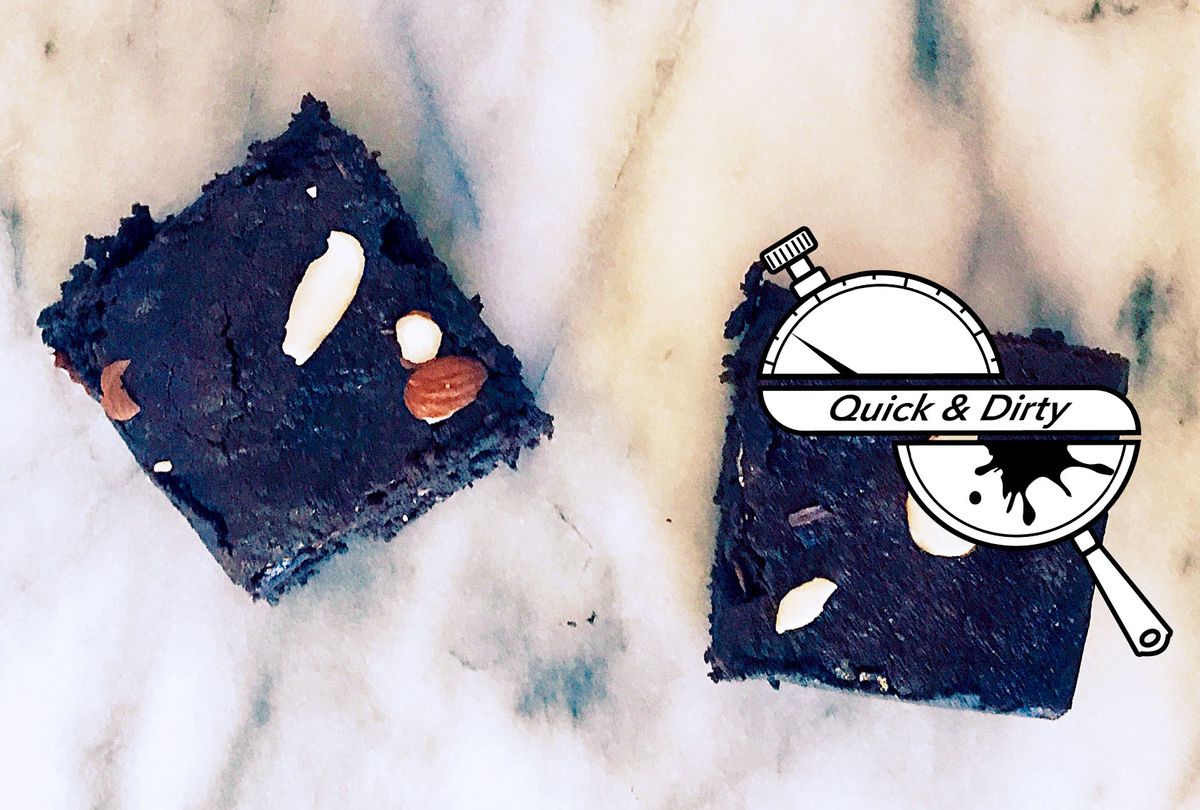 McKinnon, a Chinese-Australian writer currently raising her family in Brooklyn, creates vegetarian and vegan dishes that showcase all her influences. As she writes in her introduction, she wanted to create a book with "a strong sense of home," with flavors that are "not strictly Chinese, but they are Asian(ish)." It's unsurprising, then, that her unorthodox brownie began its life as an homage to her home country.

"I don't love sweets in general as a person," McKinnon said recently via phone, "so my food has always lent very heavily toward savory. I had a salad business in Sydney where I delivered salads on my bike, and every week I would make a sweet thing as an option. Back then, I was making brownies that I would flavor with orange zest or tahini or peppermint. When I left Australia, I basically started adding recipes on my website as a way of staying connected to my audience. One of my first was a Vegemite brownie, as a nod to Australia. That's where the idea of using soy sauce came from — that deep saltiness that always benefits chocolate."

It sounds a little unconventional, but this is no TikTok gimmick. "When I started experimenting with this brownie," McKinnon says, "I realized the soy sauce not only did the job that salt does, it added these beautiful, rich caramel flavors which tell you there's something special about the brownie. You would never say, this is a soy sauce brownie; it just adds this deep flavor that's so effortless. You don't have to do anything cheffy, there's no huge technique, it's just the soy sauce bringing those deep rich flavors." As a tip, McKinnon suggests, "It's a fudgy brownie, and because it's held together with almond flour rather than wheat, it does benefit from sitting in the fridge overnight if you can wait." But, she adds, "I've had many people say to me they've not waited and eaten the whole thing in one go and that's fine also." Having tasted these, I can entirely see why. They're difficult to stop nibbling on.

Because I don't have dishwasher, I've streamlined the number of bowls and pans McKinnon uses. I've also swapped out one tablespoon of regular cocoa powder with one of black cocoa, because black cocoa is straight up magic, but regular cocoa works just fine. You could also use a different kind of nut flour here, and I suspect you could even get away with oat flour.

Inspired by Hetty McKinnon's "To Asia, with Love"