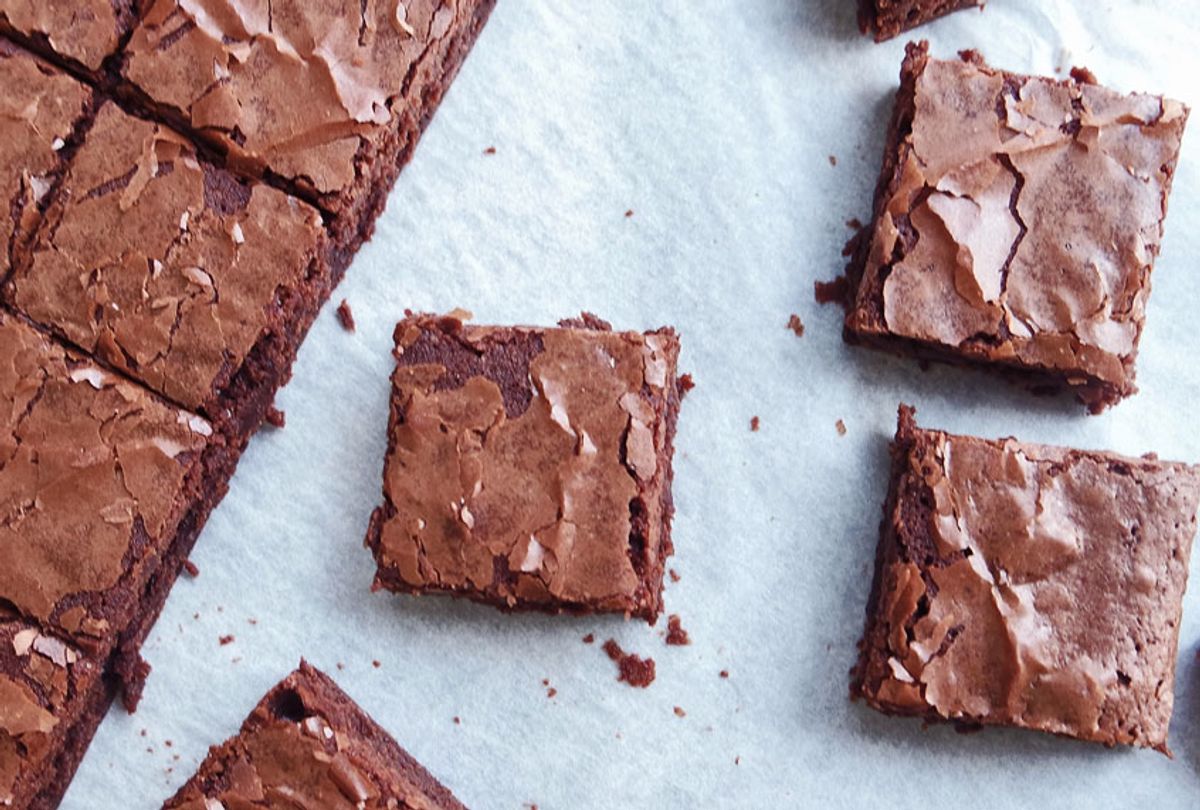 What's in a name? We can only wonder if, in a different world, Larry Page and Sergey Brin would have had taken over the Internet with a search engine called BackRub, or if a singer called Stefani Germanotta would have sold ten million copies of "Bad Romance." One thing I am sure of, however, is that I would never take a bite out of something called a "chocolate omelette." Call it a two-ingredient brownie, however, and I'm already pre-heating my oven.

I discovered it, as I do most things, out of desperation and a limited cupboard. And now that every day feels like "Desperation and Limited Cupboard Day," I find myself returning to it time and again.

RELATED: This addictive soft-serve ice cream has only three ingredients, one of which is optional

It was a wintry day about a year and a half ago. My college roommate, her wife and their daughter had decided to take an impromptu weekend trip to New York. Jill called me from the car to say they were headed into town to to do some sightseeing and would love to see us when they were done. I extended the dinner table and told them to come on over whenever they were ready.

Then I panicked. I recalled Michelle was gluten intolerant. I seemed to remember at least one of my dinner guests didn't eat red meat. And I knew that traveling with a young child in a different city meant it would be nearly impossible to estimate an arrival time.

Fortunately, I spent eight years in Catholic school, which means the more restrictions you throw at me, the more creative I will get. I pulled some ground turkey out of the fridge and made breadcrumb-free meatballs and simmered them in tomato sauce in the slow cooker. I made cornbread — real cornbread — in a skillet with no flour.

Now I just had to come up with dessert. I toyed with making the world's greatest, easiest peanut butter cookies, but I couldn't be sure where everyone stood on peanuts. I did know that Jill is a chocolate addict, and their home was never without a stockpile of frequently-dipped into Nutella.

Here is the point of the story where I'm going to assume that you likewise are a hazelnut spread prepper. I currently have three jars in my kitchen, plus a small jar I refer to as "individual sized," which is just for me. And it was a BackRub — I mean Google — search for Nutella recipes that led me to a magical formula for brownies made solely of Nutella and eggs. Seriously.

Two-ingredient recipes are often a cruel joke, something which approximates another thing just enough to make you sad you're chewing on a poor imitation. Have you had the banana pancakes? Of course you have — you know what I'm talking about. I was skeptical, but I was on the clock, and I didn't have any ice cream in the freezer, so I got cracking.

After cross-referencing the recipe on a few sites, I learned that the key here isn't the ingredient list but the technique. There are some recipes that can be regarded as a loose set of suggestions. There are others — like Gramercy gingerbread — that command you to follow orders precisely. This is the latter.

If you're going to make these brownies, you'd better be prepared to whip the living daylights out of some eggs. You are not scrambling eggs here. You are creating the entire structure of the dish. Eggs are magical and can do anything if you treat them with respect. The first time I made these brownies, I chucked the eggs in the blender, walked away for several minutes and poured myself a glass of wine. This remains my suggested method.

Likewise, pay attention to the imperative to measure out the Nutella and not just stick your jar — with the scraps from its metallic inner lid till clinging to its mouth — directly in the microwave. A kitchen fire is never a good idea, but it would be particularly unfortunate to wreck your microwave and have to call the fire department now, right? Take the extra 15 seconds. Dirty up another cup. Keep your fire extinguished unused another day.

Though the formula is the same regardless of where you search for the two-ingredient Nutella recipe, the name varies. It seems to be a 2013 mini phenomenon. I found it first described as a "flourless Nutella cake" in a Kirbie's Cravings post from March of that year. As a person whose go-to showstopper is the River Cafe's chocolate nemesis, I was naturally intrigued.

Had I begun and ended my searching when I found the phrase "chocolate omelette," though, my guests would have gone without dessert that night. To be fair, the ever-entertaining YouTube personality Barry Lewis does cover all his bases by calling the confection a "Nutella brownie cake" in his December 2013 video. He warns he's going to "pimp it" with some toppings, because he refuses "to show you how to make a chocolate omelette."

But here's the important thing: Done correctly, this is not some chocolate omelette, some tragic struggle brownie. This is not a brownie you stumble drunk into the kitchen and make because you've overridden your facility for choosing ingredients. This is a very good brownie. This is a brownie that my most Nutella-obsessed friend inhaled, then made no effort to refuse me when I offered her the leftovers. This is a crackly-crusted treat that would be good enough for guests if you had any right now. Instead, let it be an entirely luxurious, practically effortless dessert just for you. Right now, you deserve it.