This deceptively simple chocolate cake can be made without milk, eggs or butter. It fancies up easily, too 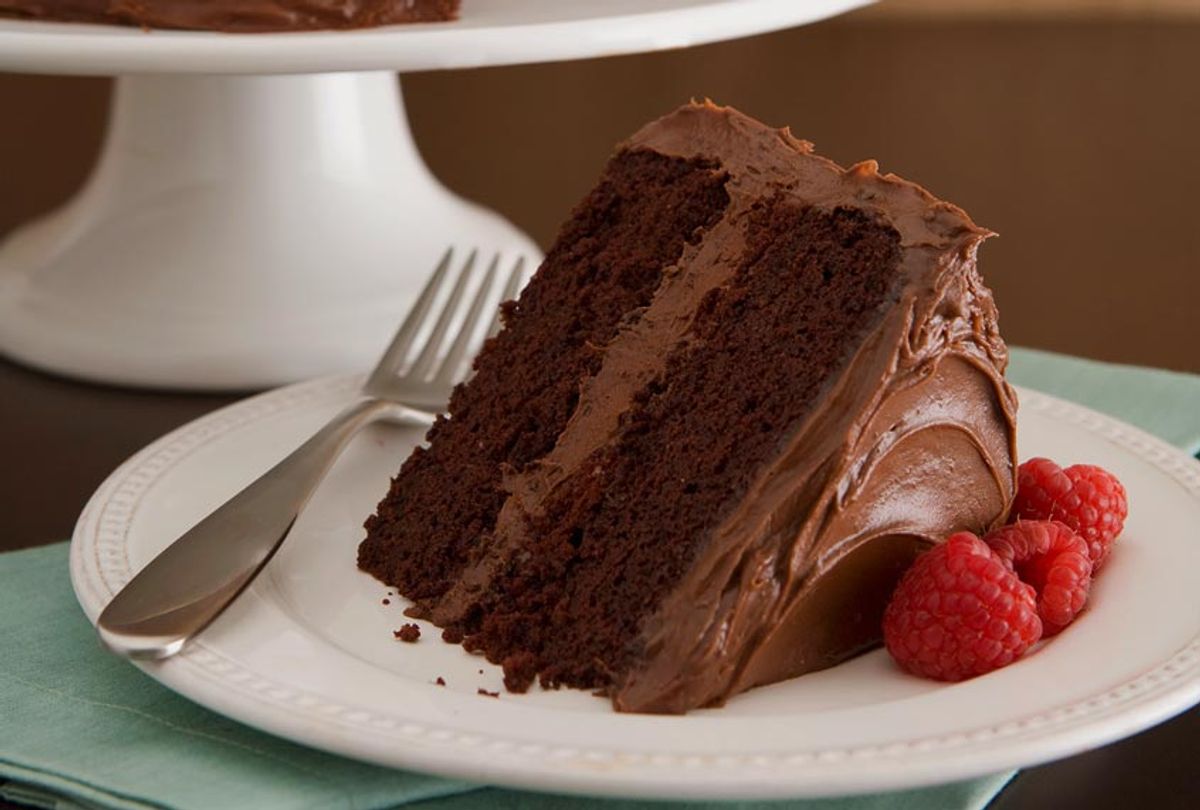 It may sound inauspicious — rude, even — to give a person you love something called a Depression cake. It may sound less than festive to throw together a birthday gift made of pantry odds and ends. I did it anyway. My friend loved every bite. When you make it, you will too.

Olive and I had become buddies by sharing the walks to and from school with our daughters. We also have birthdays that fall in the same week. On a brisk November day a few years ago, I asked her what her family had planned for her. "I don't know," she shrugged. "We didn't even get a cake." And then she added, a little sadly, "I make the cakes for everybody. Sometimes, I just wish someone would make a cake for me." Challenge accepted, I thought.

I'm a regular baker. I'm not one for fancy confections or complicated techniques, but I can knock out a batch of cookies or a crowd-pleasing cake without breaking a sweat. Except that when I got home on that particular afternoon, I discovered my cupboard was shockingly ill equipped for the task. We somehow had no eggs, no milk, and no butter.

It took a little digging on Google to find it. You can easily find cake recipes that omit one element, but it's challenge to find one that doesn't have any. And searching for vegan cakes will lead you down paths strewn with almond milk and margarine, to which I say, blech. But just when I was ready to give up in despair, I found my holy grail. It had all the ingredients I had on hand. If only it wasn't called "Depression cake."

Also known as "wacky cake" — the moniker my kids prefer — the dessert pre-dates even the Great Depression it is now associated with. One of a collection of "war cakes" popular during the first World War, it arose from the food rationing and shortages of the time. There's something beautiful to me, now more than ever, about the human impulse to take lemons and made lemon meringue. When times call upon us to "use it up, wear it out, make do or do without," as they said in the Depression, we will bake cakes with mashed potatoes and cookies sweetened with applesauce and pies with vinegar. We will keep calm and bake on.

I had low expectations the day I made a Depression cake for my friend. A single-layer cake stirred in one bowl, the recipe didn't look like much to impress, and it was suspiciously simple enough for the kids to lend a hand. But I baked it, I dusted it with confectioner's sugar, dug an old candle out of the junk drawer and brought it over to Olive's doorstep. She was touched by the gesture, but I didn't expect her to be wowed by the results. She called me an hour later to ask for the recipe.

Intrigued, I made one for my own family soon after. It was ... sensational: springy, sweet (thanks to the generous amount of sugar) and didn't taste at all like something born of compromise. Depression cake quickly went into regular rotation, the sort of thing I could whip up on a weeknight and feel like a hero to my kids.

But while I loved the cake as much for its simplicity as its undeniably winning flavor, I wanted even more from it. I'm never one to leave any recipe entirely alone.

It's that single cup of water the recipe calls for that I recognized as an opportunity to get creative. One lazy afternoon, while gathering the ingredients, I noticed a cold mug of leftover coffee in the fridge. I substituted it for the water, and wham, my already trusty recipe became a full blown superstar, simultaneously intense and elegant. Recently I went a step further, also replacing the regular cocoa with black cocoa. It was the darkest, fudgiest thing imaginable. Black cocoa can be a tricky beast, but because the amount of cocoa in the recipe is relatively small, it works beautifully here.

If you don't happen to have a stash of black cocoa in your pantry, don't sweat it. Depression cake, aka wacky cake, aka war cake, is still your friend. Because of its austere ingredient list, it's also vegan and egg-allergy friendly. You can dollop it with sweetened whipped cream (our family favorite), chocolate ganache, jam (very sophisticated) or just a puff of confectioner's sugar. It's even perfect entirely unadorned. What comes out of your oven will be so good, you won't need a skimpy larder as an excuse to make it. I encourage you to bake one tonight, for yourself and whomever else is under your roof. And when you dig in, celebrate all those who've come through lean and sad times before us. Who still never stopped baking. Who never stopped finding clever ways to share, to celebrate and to create sweetness.