This addictive soft-serve ice cream has only three ingredients, one of which is optional 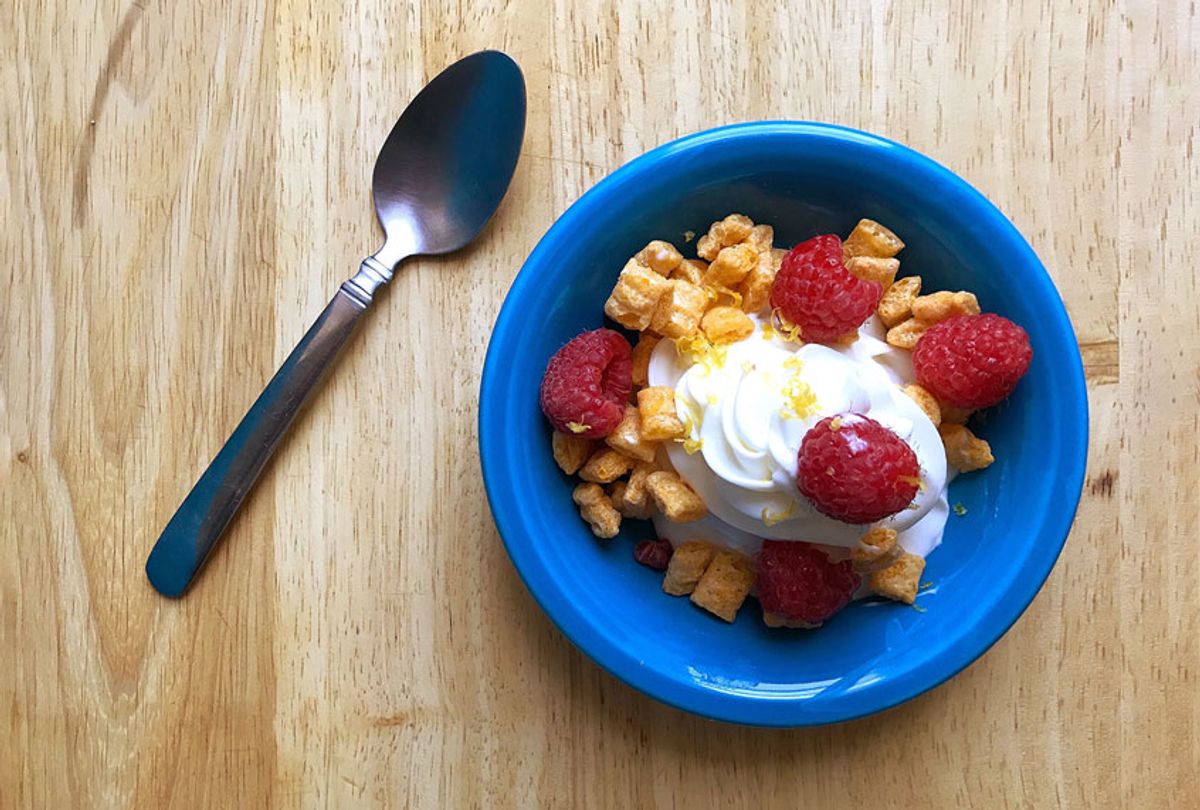 But maybe I should back up a bit here. Like every home cook, I have my own internal effort-to-outcome tipping point. When I look at a recipe, I can tell almost immediately if the number of ingredients and steps involved will translate into either a meditative and rewarding experience or one that ends with me crying over the garbage can. (The sourdough experiment has not been going spectacularly around here lately.) But the ice cream situation always defied all my rules.

My first Krups was a gift, bestowed by a family member who no doubt thought I'd find it "fun." But I eyed it skeptically from the start, like an unwanted pet for which I was now responsible. Because I've never in my adult life lived anywhere that doesn't have a minuscule kitchen, any new appliance comes with an implied burden of storage. An ice cream maker is even more demanding, requiring you to stick the base in the freezer when you want to make something, immediately knocking out a good 20% of a space that could instead be filled with . . . actual ice cream.

RELATED: These two-ingredient brownies are one baking hack that doesn't sacrifice on flavor

Yet I tried to make it work. I really did. I bought recipe books and experimented gamely, but I was never wowed by my outcomes. Custard-based recipes never yielded a truly smooth ice cream; cornstarch-based ones were less than impressive. And the whole process took forever — from the chilling, to the churning to the freezing. I strained custards, I tweaked formulas, and then I sold my Krups in a tag sale when when we moved.

A few years later, with a lot more dessert making experience under my belt, I overconfidently decided to take another stab at ice cream making and bought an old Krups off eBay. For all I know, the same La Glaciere has been circling the globe for decades, passed from failed amateur to failed amateur in perpetuity.

I soon discovered that I enjoyed my second machine exactly as much as I did the first — not at all. Until I found the thing I was willing to clear space in the freezer for, I came to terms with the notion that I identify more as a popsicle making frozen treats person.

I'd been noodling around on Heidi Swanson's beautiful 101 Cookbooks blog when some serendipitous rabbit hole led me to the fateful phrase: "A Frozen Yogurt Recipe to Rival Pinkberry's." Oh, Pinkberry! How many free bowls have I racked up over the years on your reward program? How much of the roof of my mouth has been scraped off in service of my enthusiasm for extra Cap'n Crunch? How I miss you from quarantine.

Contrary to any "Good Place" propaganda you may have seen, frozen yogurt isn't a consolation prize in the iced desserts Olympics. It's its own glorious thing, bracingly tart and smooth and a perfect foil for juicy berries and crushed cookies. It is fun, because it's usually delivered in a swirl. And it's definitely the best airport breakfast you can buy.

If you go searching online for frozen yogurt recipes — a thing I would never have previously cared to do, and maybe you haven't yet either — you'll find a lot of conflicting advice. You find mentions of eggs, or cream or cornstarch. Yet all the things that make me not want to make ice cream would ever entice me to to make frozen yogurt.

Likewise, you'll find words like "low fat" and "cottage cheese," which sound like a cry for help. The Splendid Table does have some intriguing instructions — throwing gelatin and corn syrup into the mix for a smoother blend — if you want to take things to the next level and add a few extra hours to the process. I don't.

In contrast, Swanson's recipe, which comes by way of David Lebovitz's "The Perfect Scoop," has just three ingredients, one of which is optional. There's no cooking. It's best straight out of the machine, when it has the consistency of something you vastly overestimated your internal capacity for at 16 Handles. And it's addictive.

Let me put it this way: You could be eating something really delicious and relatively soon without feeling like you've been spiritually broken by a small kitchen appliance. You could even be a person who uses their ice cream maker. (Bonus: A friend informed me this week she's been making margaritas in her ice cream maker. NOTED.)

As with almost any minimalist recipe, ingredients and technique matter. Don't even think about doing this with anything other than full-fat Greek yogurt or thick, well-strained regular yogurt. (If a spoon can't stand up in your yogurt, it's too thin.)

You could, I suppose, shake things up by substituting peppermint extract or rum extract for the vanilla. Or you could add some macerated, pureed fruit directly into the batch. I find such talk heretical as a Pinkberry purist who believes in that unadulterated pucker, but you do you. (A few drops of orange blossom water, however, does sound pretty elegant right now.)

Use regular, granulated sugar. You want something that dissolves easily and completely. Swanson says you can dial back on the amount of the sweetener, but I suggest following the directions first and then adjusting it to taste in subsequent batches. Trust me, you'll be back.

My advice is to get everything in the machine 20 minutes or so before you want to eat. Then enjoy with the fixings of your choice as soon as soon it's ready. If you're feeling fancy, you can spoon your frozen yogurt into a pastry bag with a star tip and pipe it into a cup to feel like you're at the food court, racking up more points toward that free scoop.

1. Chill the ice cream frozen yogurt maker base in freezer overnight. (Or leave it there in the back, where you stuck it in 2014 after you drunk bought it off Williams Sonoma.)

2. Mix the yogurt, sugar and vanilla (if adding) in a bowl until completely blended.

3. Store the mixture in the refrigerator until the sugar is totally dissolved, or at least an hour.

4. Freeze in your machine, according to directions. Serve immediately with toppings of your choice, or store in a shallow container (for better scooping!) in your freezer.

Click here to purchase a copy of "The Perfect Scoop" by David Lebovitz today.