None of us are getting in The Good Place: NBC's comedy exposes the impossibility of virtue today

No matter how chaste and pure our intentions at any moment, life in 2019 makes heaven impossible 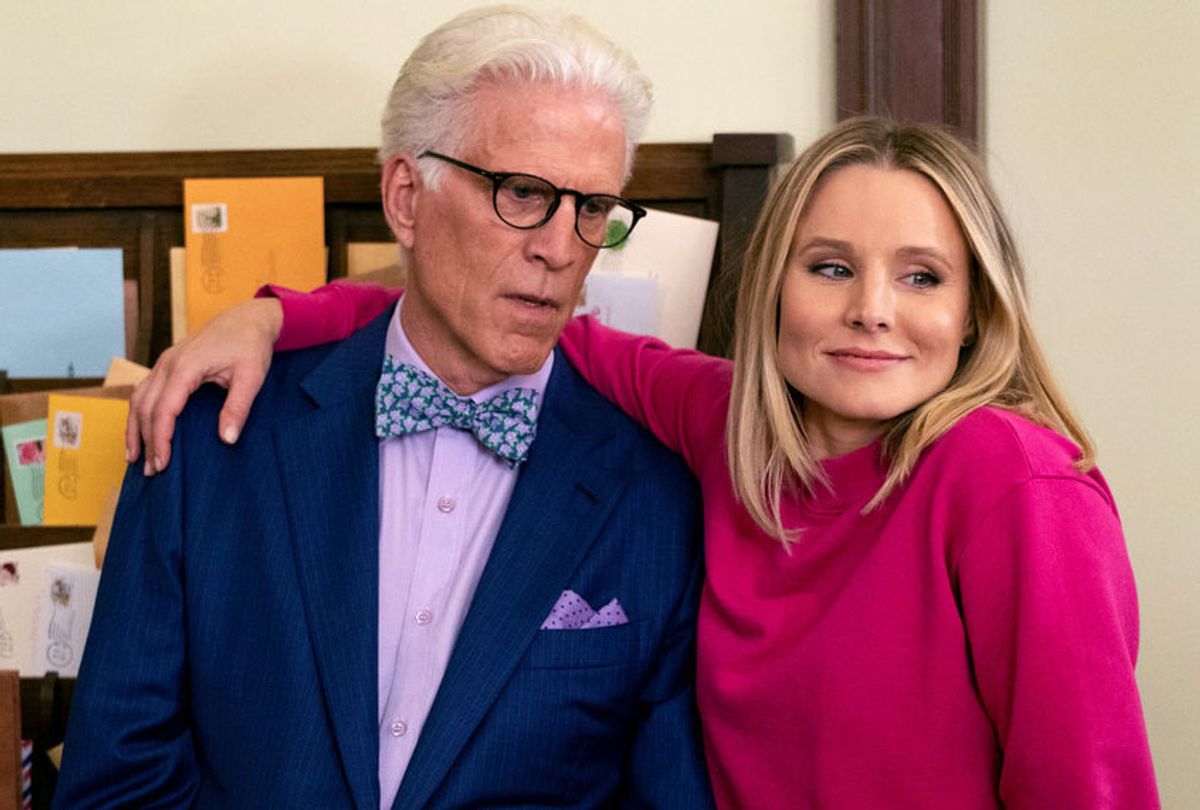 Spoiler alert: The following article discusses major plot points of the third season of NBC’s "The Good Place.” So if you’re not completely caught up, why are you denying yourself joy? Have you not seen how the world is going? It’s bad, y’all! It’s not ideal! So stop, do yourself a favor and catch up on "The Good Place” before reading this story. Past episodes are airing on Hulu.

Slyly but surely, “The Good Place” has achieved something not many would have thought possible for a prime time half-hour sitcom. It has become one of the most pointed political and social commentaries on broadcast television — on NBC no less, and in a plum weeknight slot, Thursdays at 9:30 p.m. “The Good Place” doesn’t make its critique in an outwardly obvious fashion, mind you, and for all the critical praise the comedy has received, it averages around 4.5 million viewers per week in season-to-date numbers.

But as its third season comes to a close, agonizingly too soon — don’t worry, NBC  has picked it up for a fourth — it has already run through a variety of plot scenarios involving the emotional evolution of its characters first via philosophy lessons, then moving on to the practical application of those lessons.

Along the way series creator Mike Schur and his writers have casually and comedically provided lessons on the value of forgiveness and letting go to the one who does the forgiving, more so than to the recipient of that forgiveness, all while leaping through various existences in time and space, including an Interdimensional Hole of Pancakes (yes, an IHOP).

Along the way they’ve made emotionally expansive leaps ahead, primarily in the realm of forgiveness — of themselves, and of others, passing their initial test by making each other better people when they work together.

And what, in the end, does living a spiritually holistic life earn those who strive to make an effort?

Why, an eternity in The Bad Place. Naturally.

Many a refrigerator magnet and bumper sticker has reassured the spiritually lost that life is about the journey, not the destination. But what if the final arrival is hellfire, even for the likes of Mother Teresa? What’s the point of it all?

Perhaps that will end up being the last question “The Good Place” answers or asks.  But currently the conundrum the gang faces involves the impossibility of being good.

Even, as it turns out, for those who run The Good Place.

It probably isn’t a shock to know that “The Good Place” gathers most of its viewers in the streaming space, and that its audience is the most highly educated among the main broadcast networks this season, according to Nielsen ratings data.

Hence the series’ secure embrace of moral philosophy remains accessible and pointed, but never didactic. “The Good Place” is consciously goofy, exploiting its characters' foibles to their utmost and assisted by CGI that makes the universe a colorful, depthless, dangerous and rubbery cartoon.

The show’s points-based afterlife system should be flawless and agnostic — except for the fact that it’s still a system, structured and run by eons-old individuals who are entirely out of touch with what it means to be human.

So as Michael presents to the official representatives of The Good Place the game-changer he believes he’s discovered — at first, he thinks The Bad Place has hacked the points system to their advantage — he stresses the time-crunch humanity is under. Every moment the good guys delay in finding a solution dooms millions of souls — which, naturally, greatly concerns the spiritually pure and fair beings.

However, the committee that runs The Good Place is more concerned with solving the problem the right way, a process they estimate will take several human lifetimes. Obsessing over doing the right thing, debating and questioning every move — they're beyond ineffectual.

Keepers of The Bad Place, meanwhile, desperately want this small gang of escapees, even though the broken system has been siphoning souls to their domain alone for centuries. But they can’t let these five souls  — and one not-a-soul — go; they’re entitled them, after all. Rules are rules, especially when the rules benefit one group above all others.

Drawing parallels to the show’s depiction of a broken framework of governance and our own system is easy enough; it’s been pointed out to me, more than once, that clearly the agents of The Good Place are stand-ins for well-meaning but functionally impotent Democrats while the Bad Place demons are Trumpster Republicans.

I doubt Schur intended that to be the case any more than he wanted his afterlife to resemble any specific religion’s belief of what happens to our souls after we die. Just as he invented the show’s afterlife as an entirely secular endeavor, its agents are simply as partisan as opposites are designed to be.

But over time, the riddle of What We Owe to Each Other has changed into What’s the Point of It All?, which is very 2019 in a way — but it’s also Life’s Big Question. Pure intentions may calibrate our moral compasses, but so what? Even the most righteous souls cannot escape the snares of late capitalism.

Each season of “The Good Place” hinges upon a defining “a-ha” moment, but this one is particularly sobering. No matter how much of an effort is made by people striving to be good, the show says, the consumerism model fueling it makes being ethically sound impossible.

The show puts this in concrete terms: even one purchase at the grocery store ends with a deficit of points due to its impact on the environment, because each tomato stocked in the produce aisle causes pollution via pesticides and shipping, just for starters.

Every beneficiary of convenience ensures the exploitation of others they’ll never meet. Every exploited worker, in turn, is likely contributing to the degradation of the environment. Even the single human who has figured almost everything out and devotes his life to racking up points, subsisting on radishes and filtering his urine into potable water, can never gain enough points to enter paradise.

All of this is factored in before the penalties imposed by the limitless clouds of curse words we utter on a daily basis. When the Judge (Maya Rudolph) experiences this for herself, she’s shocked. “Crap, y’all! This is bad!”

That may be true, but “The Good Place” remains a comfort, for the usual reasons — viewers love ‘shipping the improbable but realist romance that blossoms between Chidi and Eleanor — and for its illuminating central theses. Owing each other is a good thing, but finding meaning with and through those connections makes live more livable.

But now that we know we’re all headed for the down escalator, what’s the point of it all?

It’s doubtful that Thursday's season finale will answer that question, though it doesn’t need to. The latest test is a recreation of the first neighborhood Michael constructed — the one that was, in truth, a simulation inside The Bad Place, geared to trap Eleanor, Chidi, Tahani and Jason in a cycle of torturing each other, and themselves, for millions of years — with four new people.

The result of such an experiment can’t possibly be answered definitely within 22 minutes, can it? No matter; it’s about the journey after all, and it’s also a consideration of each step, and what and whom we’re stepping on, along the way. “The Good Place” draws back the curtain of societal solipsism to point this out, amusing us as it indicts — but in a friendly way, and without judgment.

We get to decide how to answer the question it poses which, in truth, is a challenge of self-governance. In the final analysis, that’s the one system any of us fully controls. And when brought together, it can shift the world.