Smart Watch: From "Murphy Brown" to "The Good Place," stick with TV you know

The fall TV season kicks off this week, but only the returning shows and known factors are worth checking out 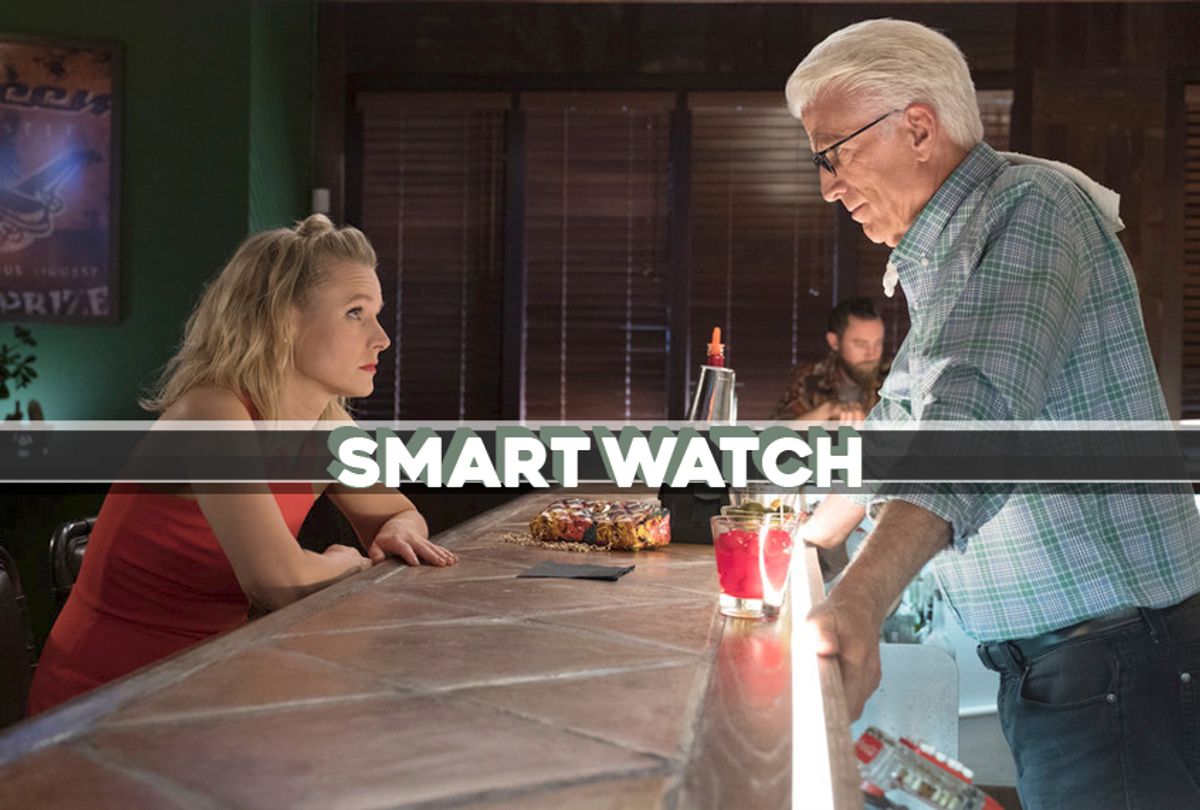 Kristen Bell and Ted Danson in "The Good Place" (NBC/Salon)
--

Marking fall as the start of the new TV season is largely a matter of the major broadcast channels honoring tradition, at this point. For years we’ve been predicting that the concept of a “season” would go away, and now that we’re firmly in the midst of the streaming age, the TV season’s fade out does seem more likely.

However, as you may have noticed from the explosion of new series debuts coming in the next few weeks, today is not the day. Neither is it likely to be the day that you stare down the next week and say to yourself, “You know what? I’ve never heard of (insert unknown title) here; I do believe I’ll give it a go!”

Frankly, the networks know this. Streaming service know this. In fact, ask most critics which series they’re anticipating the most, and odds are the show they’re naming does not live on NBC, CBS, ABC or Fox. That’s just how it is these days. (By the way, you should really check out “Maniac” on Netflix if you haven’t already — we’ll get into that some other time!)

That also explains, however, why the series that are bound to get the greatest lift this fall are returning titles, or reboots and resurrections. They’re known products, and in a landscape with hundreds of options, known factors reduce the anxiety of decision making, which, as viewers of “The Good Place” know, doomed Chidi (William Jackson Harper) to a Hell of his own making. Who needs that? Nobody.

That said, there are a few returns on CBS and NBC you’ll want to take in as the new season kicks off in addition to a couple of new shows on, again, CBS and ABC, that are kind of promising. The CW’s fall premieres don’t kick in until October, and the best series Fox has to offer doesn’t debut until midseason.

Without further ado, here’s the stuff you’ll probably want to watch this week.

“The Big Bang Theory,” Monday at 8 p.m. on CBS. Regular timeslot debut is on Thursday at 8 p.m.

Is this too obvious, choosing the number one show on television as a recommendation? I mean, maybe. For whatever reason, Salon readers still love this show. Actually, scratch that — I get it. In the way of all Chuck Lorre's broadcast series, “Big Bang” settled into a comfortable old leather reliability some time ago. And in our era of extreme unpredictability, that has value.

As its twelfth and final season kicks off, everyone in the gang is comfortably coupled up with the exception of Raj (Kunal Nayyar). Sheldon (Jim Parsons) and Amy (Mayim Bialik) are on their honeymoon. The opening episode takes some interesting pokes at the concept of wedded bliss, which is about as daring as this series gets.

The opener also contains two of what will likely be many celebrity cameos during the season’s last hurrah. No need to pull the mourning veils out of the closet just yet. Between the creatively consistent storytelling on “Young Sheldon” (debuting Monday at 8:30 p.m. and joining “Big Bang” on Thursdays) and the ample availability of “Big Bang” via syndication, you may not miss its eventual absence at all.

One hopes that the average person missed this lovable, smart, bright comedy as much as TV critics did while it was off the air. Michael Schur’s quirky examination of philosophy and morality deserves a broader audience, if only because we all deserve to feel better, and that’s medicine this series delivers.

Kristen Bell’s and Ted Danson’s performances are credited as the backbone of the show’s humor. But in these new episodes “The Good Place” proves its worth as a true ensemble piece — particularly in the hour-long season premiere: We meet the gang back on Earth, a do-over Danson’s afterlife architect Michael has designed as an experiment to see if they can, indeed, become better people.

And in this hour the best scenes belong not to Bell but to Manny Jacinto, Jameela Jamil and William Jackson Harper, all at their bumbling best as they attempt to figure out how to improve themselves as humans without knowing that their eternal souls hang in the balance.

The cast is back. Diane English, the show’s original creator, has returned to the showrunner chair. And after watching the opening episode of fall’s most highly anticipated revival, I can say that all of the excitement over Candice Bergen reprising her signature role is justified . . . with qualifications.

If you’re excited for “Murphy Brown,” that means you were already in the bag for it and that you embrace a very specific point of view. In that respect, it’s riding somewhat of a similar wave of anticipation that rose in the weeks prior to the “Roseanne” debut.

At the same time, “Roseanne” had a number of factors working in its favor that “Murphy Brown” does not. The latter has not been available in streaming or even in syndication largely due to massive issues with the music rights; Murphy’s abiding love for Motown meant a lot of legal red tape that prevented the series from enjoying an afterlife on DVD or even syndication for most of the last two decades.

Bergen hasn’t become famous for creating social media firestorms either, both a plus and a minus these days when it comes to gaining a show publicity (and English, who wrote the season premiere, pokes fun at this in the premiere).

Even so, the first episode trades in the kind of easy confidence and brash wit lacking in most comedies right now, which in itself it enough to recommend it. Check back in a few days for a full review.

By now you must know the drill with these major title reboots. As long as you can forget about what you loved deeply about the original and accept that the new series only shares names in common, you’ll enjoy the ride it’s offering.

So went “Hawaii Five-0” and, I suppose, “MacGyver.” The new “Magnum” isn’t as terrible as the latter and is at least as entertaining as the former. Jay Hernandez does a fine job filling Tom Selleck’s shoes, and anyway, he’s long joined the orthopedic set and is doing just fine giving your grandmother the lady tingles in “Blue Bloods.”

Bonus points to CBS for reimagining Higgins as a former British Intelligence officer, as a woman, and for being unafraid to destroy the odd luxury sports car here and there.

Into each fall season is born a comedy that a) is surprising how much I enjoy it and b) has a death reek about it nevertheless. There’s always a chance that I’ll be wrong. And initially, there’s not a whole lot to love about “Saturday Night Live” alumnus Taran Killam really getting into the beta-maleness of being a lost cause of an unattached dad who, by his report, has not had sex in five years because he has immersed himself in the unicorn and “Moana”-themed world of his little princess.

Keep watching, though, because the sneaky appeal of “Single Parents” isn’t the adults, even though Leighton Meester, Brad Garrett, Jake Choi and Kimrie Lewis are a lot more fun to watch than Killam's flaccid Will.

It’s the kids. Seriously, whoever cast these little too-wise for their size moppets is a genius, because even though the dialogue that emerges from their mouths is conspicuously written by adults to sound like adults, the child actors own and deliver each line like well-seasoned comedy pros with masterful timing.

All by themselves, they make this sitcom worth checking out, whether you’re a parent looking for a show to relate to, or if only to say you saw this before it went the way of last fall’s crop, most of which has long escaped the memory. If and when it disappears, don’t worry — “Full House” and “Fuller House” are still there for you on Netflix.

A conversation with the star of ABC's new series "Single Parents."