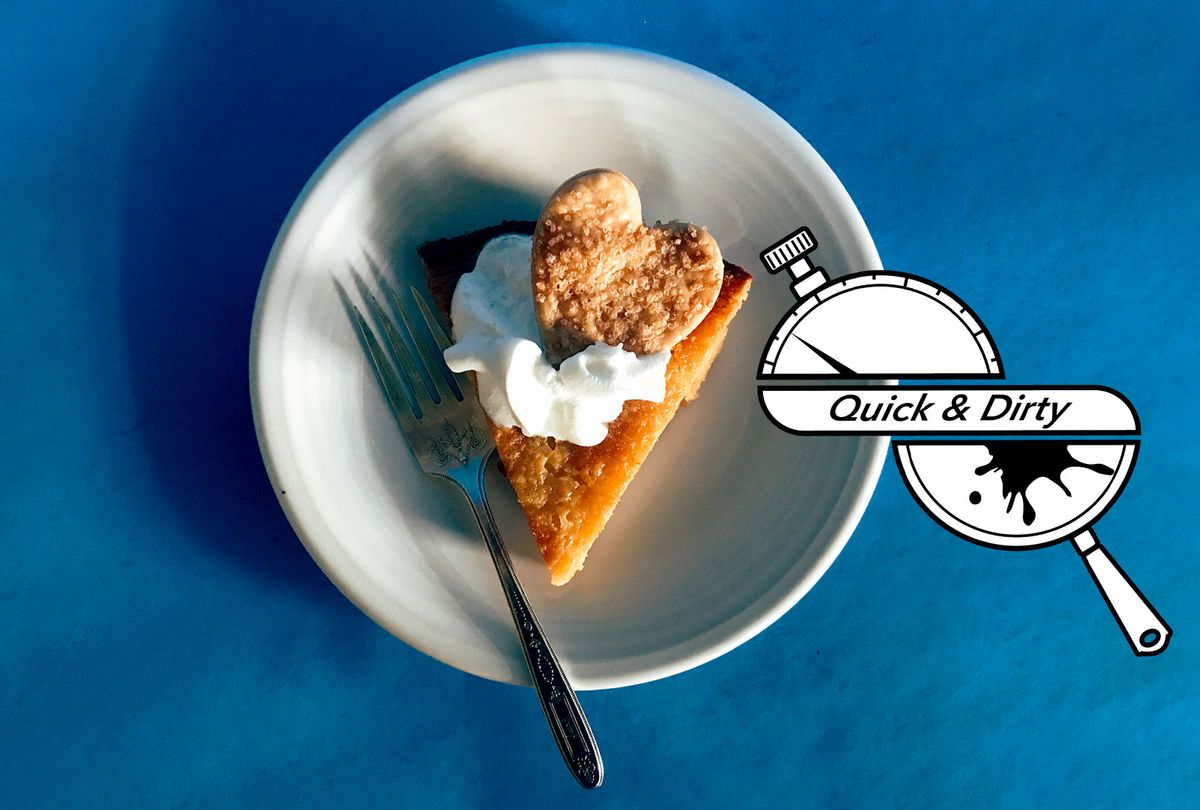 It's not often that a book full of recipes can pack an emotional wallop, but this is no ordinary book. It's a memoir. It's a conversation. It's a meditation on race, and friendship. It's got a pie I've made twice this week.

In "Black, White, and The Grey: The Story of an Unexpected Friendship and a Beloved Restaurant," executive chef and partner Mashama Bailey and managing partner John O. Morisano tell the tale of the former Greyhound Bus terminal — "complete with a space that had housed a segregated lunch counter" — that has become so much more to its Savannah community and patrons than an acclaimed restaurant.

As the book shifts between its two narrators, perspectives differ and painful memories come to the surface. There are no tidy conclusions to be made about overwhelming systemic injustice and overpowering grief, including, as the epilogue reveals, a pandemic that has turned the food service world upside down. But there's nevertheless a profound hopefulness that runs throughout — and a joyous sense of what is possible when we break bread together.

"We went into business together and we had a general understanding of what the other wasn't going to do, but we didn't really have a fleshed out understanding of how the other perceived the world," Bailey says. "What this book really did for me was open up my eyes to how Johno saw the world. And that opens up lines of communication and curiosity and just getting to know him more on a human level, on an equal level."

While it's difficult to stay connected while we're socially distant, Morisano sees glimmers of promise.

"I actually think the pandemic has created a lot of opportunity to have deeper conversation," he says. "All those Zoom bingos and sourdough bread making were for a reason — and it resulted in something. There will be a lot of that camaraderie that comes out of it and the relationships that have gotten deeper, like mine and Mashama's relationship is deeper."

As I pored over this beautiful, thoughtful book, I wanted to make nearly everything in it (and we will be returning for another recipe in a few weeks). But the dish that contained the highest volume of words that make me drool is Salted Honey Chess Pie. Created by The Grey's pastry chef Natasha Gaskill, the recipe reads like a master class in applause-generating baking.

Unfortunately, I am loathe to make pie crust, and I am loathe to blind bake — especially something that the book's own authors describe as a "pain-in-the-ass-to-make." So I just didn't do it. Instead, I skipped straight to the filling part of the story, baking the custard effortlessly crust-free. What emerged from my oven was a meltingly spectacular riff on a Southern classic, a dessert somehow simultaneously fancy and homey. Probably because of all that butter.

The pie also makes a very good breakfast — if you're a pie-for-breakfast person. Even better, gathering and mixing the ingredients took all of 10 minutes. It even gave me time for a little lily-gilding by way of some supermarket pie crust cookies.

If you're not wed to the pie concept, Bailey also suggests the following: "You can also do it in a square dish so you don't even have to cut out the crust. You can cut the crust into squares, break it off and then you can make your servings. Put the crust on the bottom, put the custard on top, add whipped cream. Then you have this deconstructed thing, but the integrity is the same."

Want an even lower effort experience? You can order the original direct from The Grey.

Adapted from "Black, White, and the Grey: The Story of an Unexpected Friendship and a Beloved Restaurant"

Tip: No cream? You can substitute half-and-half or even whole milk. The pie won't be as decadent, but it will still be quite delicious.

Bonus round: Roll out a chilled supermarket pie crust on a sheet of parchment paper. Sprinkle liberally with coarse sugar (if you have it) or white sugar (if you don't). Stamp out rounds with a cookie cutter or a glass. Bake in the oven with your pie filling on a cookie sheet lined with parchment for approximately 15 minutes. Top your pie slices with sugared pie crust rounds.

More Quick & Dirty: Have you read the first three columns?