Think of this as your rustic, American update to the classic macaron 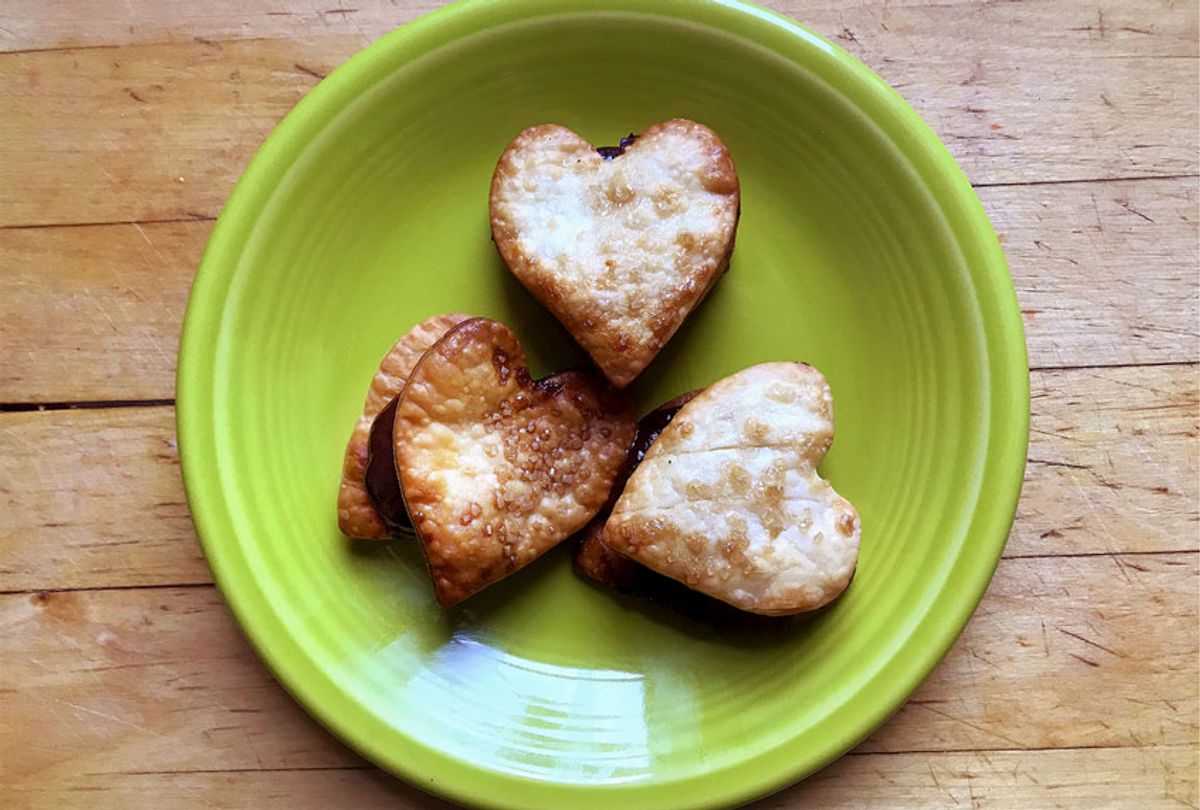 I'd been really hoping to make it to Detroit this year. My list of places to see before I die is the same as everybody else's — Angkor Wat, the Amalfi coast, Machu Picchu— but it's also full of less exotic destinations, as well.

Over the past year, I'd been on a roll of travel, which enabled me to visit a Kurt Vonnegut Museum in Indianapolis; to consume the best grilled cheese of my life in Madison; and to do a self-directed "Lady Bird" tour of Sacramento. Right before the pandemic hit, I was planning trips to Pittsburgh and Cincinnati. I was stoked to explore new places, meet new people and — importantly — eat and drink like a local. What's better than that?

No disrespect to the Eiffel Tower, but I had already carved out a detour to see the world's largest deadweight machine. So can you blame me for getting my heart set, and then broken, over a slice from Sister Pie?

The Michigan bakery with an Instagram feed to die for has been garnering raves since it officially opened its doors five years ago. All I ever needed to know is that founder Lisa Ludwinski is a midwesterner and Milk Bar veteran whose mission is creating a "good-food/do-good kind of place." Well, that and the fact that Sister Pie has a salted maple pie. They had me at "salted."

As our confinement has dragged on these past few months, I've been doing my armchair traveling though cookbooks. (If you're looking for suggestions, I recommend: Edna Lewis's classic "The Taste of Country Cooking," Sean Brock's "Heritage" and Nuno Mendes's "My Lisbon.") I undoubtedly would have arrived at the "Sister Pie" cookbook much sooner were it not for one small mitigating factor: I hate baking pie.

I get feedback like "Pie crust really isn't a big deal," "You just need a few simple techniques" or "Here's the one foolproof method that will make you a pie baker. To the people who say those things: It's not you, it's me. Give me some chocolate chips and eggs to smoosh together in a bowl, and I'm in heaven. Give me some cookie crumbs to press into a tart dish, and I can handle it. But invoke the rolling pin option, and I would very much like to be excluded from this narrative.

RELATED: These two-ingredient brownies are one baking hack that doesn't sacrifice on flavor

The ice water! The chilling! The rolling! The crimping! The PIE WEIGHTS. Did I mention the LATTICE MAKING? I may love pie conceptually — I saw "Waitress" three times — but as an effort I am willing to make? Highly unlikely.

So here is where I commit heresy. I would never make the case that a supermarket pie crust is superior to a homemade one, but I will attest that it is pretty damn good and definitely won't make you cry in your kitchen because you can't get it to roll out right. Even Cook's Illustrated and Molly Yeh are not opposed to the Pillsbury stuff. You know why? Because once the dough is removed from pie baking equation, everything about the process suddenly gets a lot easier. Remove the pie, and it's easier still.

It was the phrase "pie crust cookies" — accompanied by a photograph of rows of burnished, sugar-flecked circles oozing creamy filling — that did me in. This Sister Pie recipe — an ingenious riff on a time-honored repurposing of pie dough scraps — I could manage.

RELATED: This four-ingredient chocolate fridge cake is fit for a king, and no baking is required

I took a roll of pie crust from the freezer. I made a ganache the lazy way — no double boiler necessary. I substituted the egg wash with the cream I already had out for the filling. The hardest part of the whole process was waiting for the ganache to firm up. In a very short time, I had baked a civilized amount of cookies, which my family efficiently polished off for dessert that very same evening.

Think of pie cookies as a rustic, American version of the macaron. Think of them as chocolate cream pie but individually portioned. Think of them as something exactly as outstanding as a combination of pie crust, chocolate and heavy cream can be expected to be. The cookies are already low maintenance, but you can certainly lower the bar even further by skipping the ganache and spreading them with Nutella or a generous squirt of Reddi-wip. And while they're no substitute for a trip to Motown, they're the sweetest way to enjoy pie without having to actually going through the bother of making pie.

Recipe: Pie Crust Sandwich Cookies, adapted from "Sister Pie: The Recipes and Stories of a Big-Hearted Bakery in Detroit"

2. Roll out your pie crust on a piece of parchment to prevent sticking.

3. Using a 2-inch cookie cutter (or a glass, or whatever) stamp out 16 discs. You will likely have to re-reroll the dough once to get the full amount.

4. Brush the discs with cream. Sprinkle them with sugar, if you choose that path.

6. Meanwhile, make the ganache. Warm the cream in a saucepan over medium low heat, taking care not to scorch it. Add the chocolate and stir vigorously until melted and incorporated. Chill until it sets to a frosting-like texture, though not firm.

7. Remove cookies from the oven. They should be golden and lightly puffed. Cool on a cooling rack (assuming you even have one).

8. Turn one half of the cookies over. Using a piping bag, sandwich bag with one corner snipped or a spoon, spread a generous dollop of filling on the flat halves of the cookies. Gently press the other halves on top. Serve and enjoy the same day, if possible.