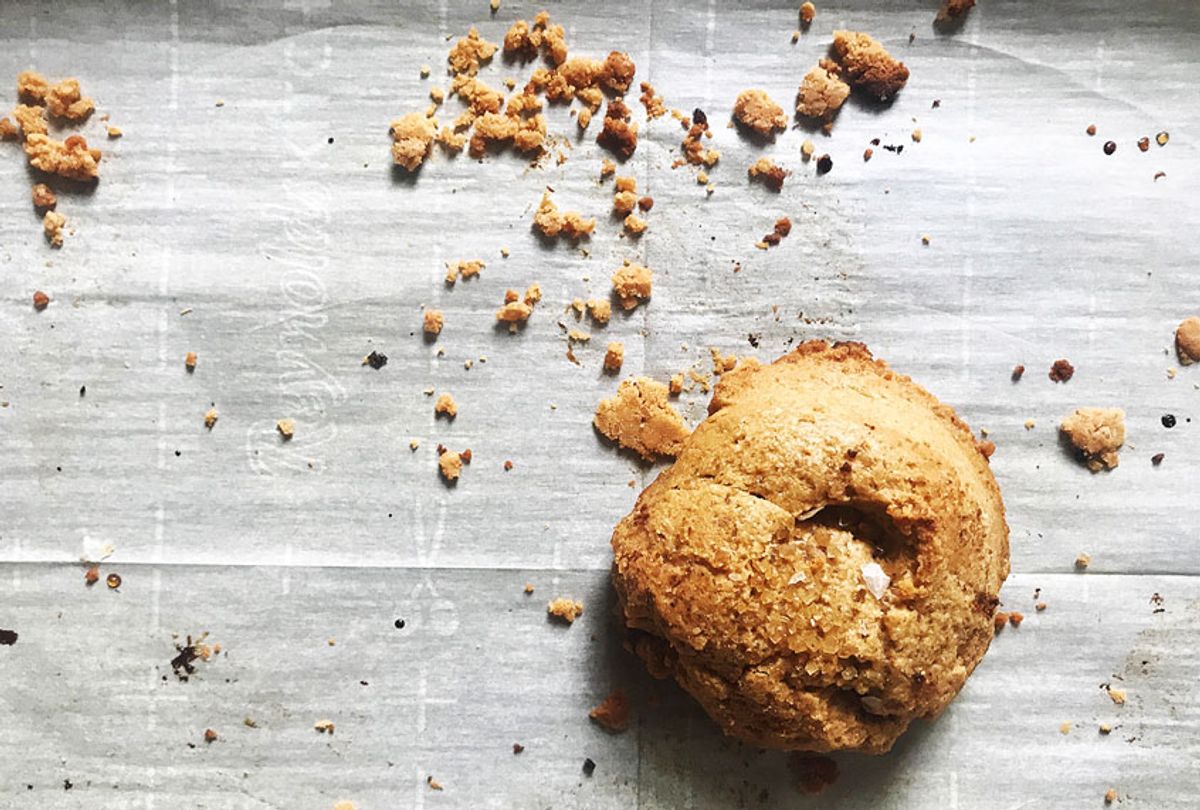 If there's one great exception to the "Never read the comments" rule, it's the comments section of any recipe. That's because the comments are where you'll find important corrections to casual mismeasurements, brilliant tweaks to make a dish taste even better and insights into lesser known ingredients and techniques.

It's also there that you'll find people absolutely losing their damn minds, sometimes over the process, but often over the intrinsic value of the dish itself. I recently witnessed someone ask for substitution suggestions for a two-ingredient recipe. A two-ingredient recipe. I live for this stuff; it's my favorite form of drama. Besides, if it weren't for the backlash to a peanut butter cookie recipe, I'd have never made the best cookies in the world in the first place.

A long time ago, when magazines were printed on paper and people received them in their mailboxes, I had a subscription to Gourmet. I eagerly read each new issue, clipping out dishes that intrigued me and filing them in the methodically arranged, color-coded binder I still treasure.

I first found the cookie in the magazine's reader recipe exchange column. It was from a New Yorker named Amy Fritch, who said the recipe was her grandmother's, and they were a favorite of her father's. The editor's note for "Mom-Mom Fritch's Peanut Butter Cookies" described them as "intense" and noted — well before gluten-free baking became a thing — they were flourless. In fact, they had only four ingredients — white sugar, peanut butter, a large egg and baking soda. I know this because I am reading the recipe from my binder right now.

But it wasn't the eccentric name which spurred me to actually bake the cookies. It was the letters that followed, questioning how such a small recipe could produce a promised 70 cookies. It was the polarizing reactions, from decidedly negative assessments to rapturous praise. Now I was intrigued.

I was not yet a home baker by any stretch. My final yield was a good 50 cookies short of the expected result, and the flavor — gritty and extremely sweet — was best summed up by my downstairs neighbor's little girl, who bluntly called the snack I offered her "weird."

And that, for the most part, was that. A failed experiment. No big deal. There were plenty of other peanut butter cookies in the sea, and the greatest ones in the world were just a subway ride away from me at City Bakery, anyway. Who needed to make them at home anyway?

Like so many of its famed confections, the City Bakery's peanut butter cookies were justly legendary and fiercely guarded. They were rounded, like scoops of ice cream. They were tender, crumbly on the outside and dense on the inside. They also inevitably always sold out immediately, so eating one came with the sweet additional flavor of triumph.

When, several years ago, the New York Times' Julia Moskin attempted a "reverse-engineered" version of said "greatest peanut butter cookie in existence," I took a crack at it. The results were quite good and then I just sort of forgot to bother to ever bake them again. Then City Bakery closed. Then everything got really bad.

Baking is not my only outlet or action, but it seems to be the only one right now which provides a satisfying resolution. So when I went into my kitchen recently, thinking about my old favorite cookie but lacking sufficient energy for even a minimal effort, I remembered Mom-Mom Fritch, whose humble recipe is still racking up comments and queries to this day, now on Epicurious.

I also remembered Amy Fritch, who it turns out works as a recipe developer and tester. I emailed her with some questions about the famous cookie. When she graciously acknowledged that "I've baked them many times in my life, and honestly, the recipe has never yielded 70 cookies for me," I confess I felt vindication, even if she did note that "having worked in a test kitchen myself, though, I am sure that someone actually measured out teaspoons of that dough."

She sent me a local Pennsylvania newspaper clipping from Mom-Mom's moment of Gourmet magazine fame, in which her grandmother admitted she found the recipe "too sweet" and she'd thrown it away. But the thing about peanut butter is, it sticks.

There are now endless minimalist, flourless peanut butter cookie recipes, variations on a Mom-Mom theme, on every food blog you can imagine. I wanted to make it my own and had a hunch that what I craved was her ease and a City Bakery result. Shockingly, I got my wish.

Using a recipe which swaps out Mom-Mom's white sugar for brown and dispenses with the baking soda, and baking a rounded cookie instead of the traditional flattened, crosshatched version creates cookies that magically hit the mark for both flavor and texture. You can make them from stuff you have in your kitchen right now and eat them within half an hour of getting a notion to bake something.

What you'll wind up with are the sort of elevated treats hungry Manhattanites used to pay good money for, but with an undeniably homey touch. They are luscious when sprinkled with a bit of sea salt, but I encourage you to restrain yourself here from adding a lot of modifications and additions. Just let them be, plain and simple.

Bake these when you depleted and tired and need a bit of sweetness and comfort, and let them make you feel cared for and a little more fortified. Amy Fritch says she thinks Mom-Mom "would be surprised that her name was still attached to this cookie. She was a good cook and a humble and loving person." No further comment required.

1. Preheat oven to 350° and line a large baking pan with parchment.

2. Mix your ingredients in a bowl until well blended. Let it chill in the for fridge 10 minutes (if you have the patience).

3. Using a cookie scoop, ice cream scoop or measuring spoon, measure out dough in 1 1/2 tablespoon portions. You should have about 12. Sprinkle with a little flaky salt, if you wish.

4. Bake for 12 minutes, checking your cookies after about 10. If you make larger cookies, they'll take about 15 minutes.

5. Remove from the oven, and let them firm up a few minutes before moving to a cooling rack. Enjoy.