“I’m not sure my endorsement is a plus or a minus, so maybe that’s why no one is asking,” Romney said this month 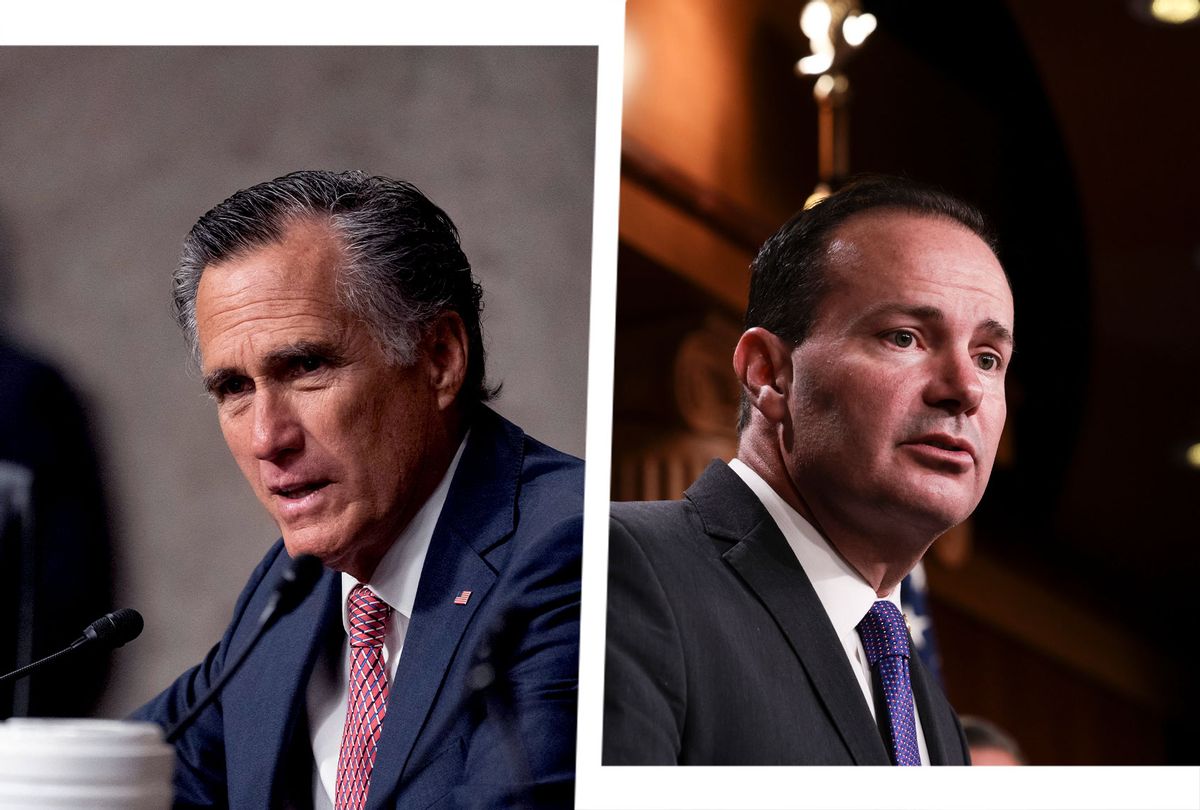 Sen. Mitt Romney, R-Utah, still has yet to endorse Sen. Mike Lee, R-Utah, in his re-election campaign, claiming that he's attempting to stay above the fray.

"I don't think endorsements make any difference in a race to speak of," he told Utah reporters earlier this month. "People in the race are my friends. I usually try and avoid situations where they've been friends. I may endorse and I may not, but I really haven't given it any thought at this point,"

"I'm not sure my endorsement is a plus or a minus, so maybe that's why no one is asking," he added.

Lee, a staunch conservative who voted to overturn the 2020 election, faces significant opposition from former CIA officer Evan McMullin, an anti-Trump Republican who has adovcated for the creation of a new center-right political party.

Chris Karopwitz, co-director of the Center for the Study of Elections and Democracy at Brigham Young University, told Deseret News that Romney's unwillingness to endorse Lee "reflects the fact that he and Mike Lee have different bases of support."

"This is one more piece of evidence that Utah's senators see the political world and the demands of representing the state quite differently, even though they share a partisan label and geographic constituency," Karopwitz said.

According to the Salt Lake Tribune, polling indicates that the 2022 Senate elections are Lee's to lose. Still, McMullin reportedly outraised Lee, who holds a $2 million war chest, by a margin of two to one during the final quarter of 2021. McMullin has also been endorsed by the Democratic mayor of Salt Lake County, Erin Mendenhall, in addition to other Democratic leaders.

In many ways, Romney, a former Democrat, has over the past year expressed a stronger political alignment with McMullin than Lee, often criticizing his own Republican colleagues over their fringe and extremist antics.

"Marjorie Taylor Greene and Paul Gosar, I don't know them," Romney said during an appearance on CNN. "I'm reminded of the old line from the 'Butch Cassidy and the Sundance Kid' movie, where one character says, 'Morons, I have morons on my team.'"

RELATED: "I have morons on my team": Mitt Romney blasts radical Republicans in Congress

More recently, Romney came out as the only Republican senator to oppose repealing President Biden's transportation mask mandate. An aide told Fox News that the Utah Senator believed that U.S. policy should accord with guidance put out by the Centers for Disease Control.

"Shame falls on a party that would censure persons of conscience, who seek truth in the face of vitriol," he wrote at the time. "Honor attaches to Liz Cheney and Adam Kinzinger for seeking truth even when doing so comes at great personal cost."