The activist, Lauren Handy, 28, was recently indicted by the DOJ for blocking access to a D.C. abortion clinic 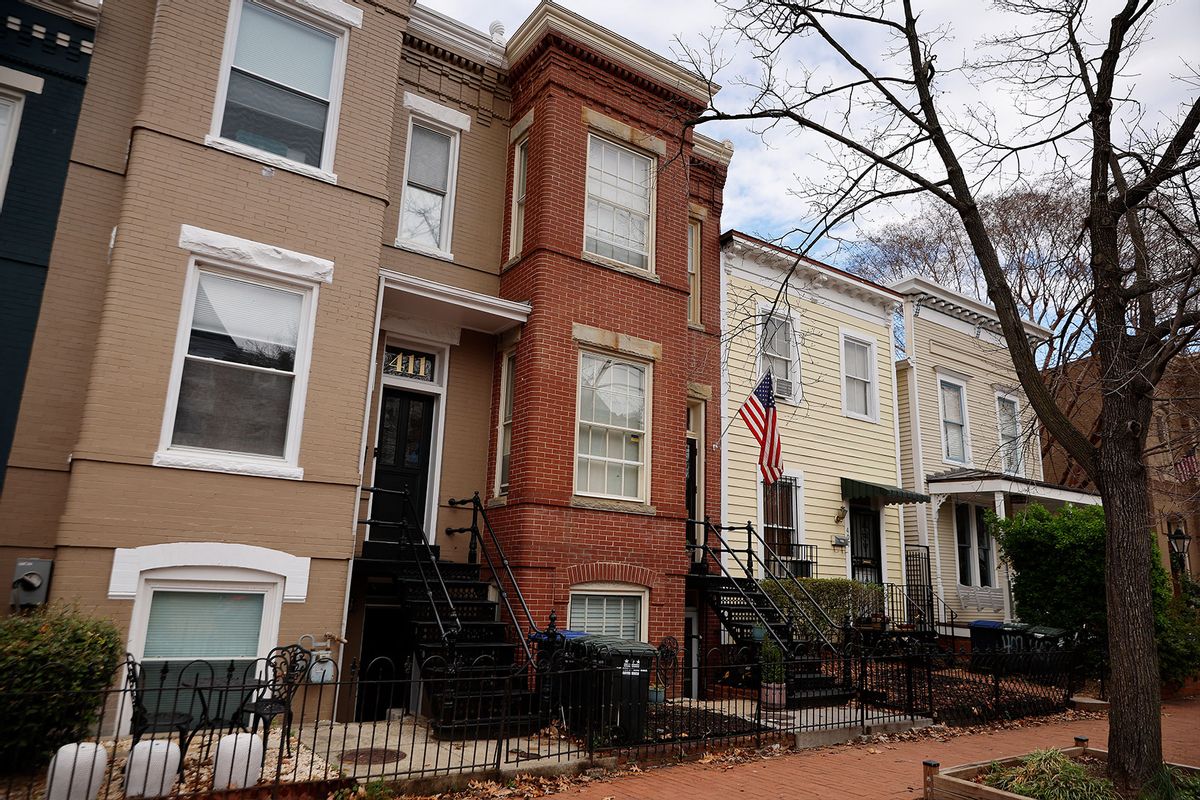 A red-brick row house (C) is seen where DC Metro Police said they found five fetuses inside where anti-abortion activists were living earlier this week in the Capitol Hill neighborhood on April 01, 2022 in Washington, DC. Nine people, some of whom lived or stayed in the house, were indicted Wednesday on federal civil rights counts, with prosecutors alleging that they violated the Freedom of Access to Clinic Entrances Act when they blockaded an abortion clinic with chain and rope in 2020. Authorities do not know how the fetuses were obtained or how they got into the home where anti-abortion activist Lauren Handy was staying before she was arrested. (Chip Somodevilla/Getty Images)
--

Five fetuses were found by authorities on Wednesday in the Washington, D.C. home of an anti-abortion activist.

The discovery was made after someone tipped off the D.C. police from a home in the 400 block of 6th Street SE, according to a department spokesperson. All five fetuses have since been collected by the D.C. Office of the Chief Medical Examiner.

The shocking development comes just a day after nine anti-abortion activists were indicted by the Justice Department for invading a Washington D.C. abortion clinic in October of 2020. According to a department press release, the demonstrators "forcefully entered the clinic" and blocked two doors to the facility by using furniture, chains and ropes.

RELATED: The next phase of anti-abortion cruelty: Jail for ending your own pregnancy

All of them, who allegedly violated the Freedom of Access to Clinic Entrances Act, "face up to a maximum of 11 years in prison, three years of supervised release and a fine of up to $350,000," according to the press release.

The raid appears to have been carried out at the residence of Handy, who told a CBS affiliate outlet that a D.C. police raid would "happen sooner or later." She declined to comment on the nature of the evidence taken from her home, but did note that "people would freak out when they heard."

Handy is reportedly part of several anti-abortion groups, including some, like Red Rose Rescue, who have taken violent action against clinics and providers.

The criminal indictment and raid come amid stunning wins in the legal realm for the anti-abortion movement. There has been a sweeping Republican-led effort to roll back abortion rights throughout the country. According to Elizabeth Nash, who tracks abortion restrictions for the Guttmacher Institute, at least 225 abortion restrictions have made their way through state legislatures in 2022 alone. In particular, these kinds of measures recently have been signed into law in states like Arizona, Kentucky, Texas, and Idaho.

"The goalposts have shifted from restrictions to bans, with the real potential for some of these bans to go into effect," Nash told VICE. "Right now, what we're seeing is a lot of momentum around abortion bans because the expectation is that federal abortion rights will be overturned or substantially damaged.