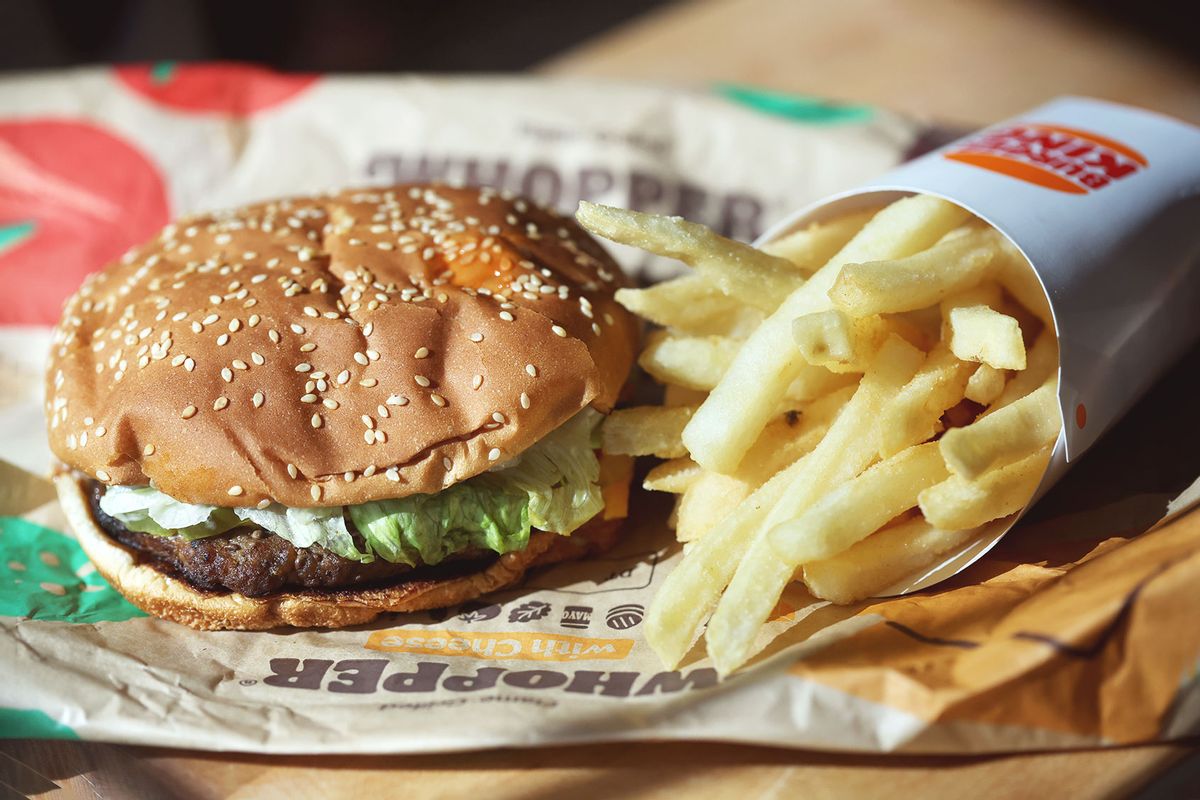 In this photo illustration, a Burger King Whopper hamburger is displayed on April 05, 2022 in San Anselmo, California. A federal lawsuit has been filed and is seeking class-action status alleging that fast-food burger chain Burger King is misleading customers with imagery that portrays its food, including the Whopper burger, as being much larger than what is actually being served to customers. The lawsuit is being brought by South Florida attorney Anthony Russo. (Photo Illustration by Justin Sullivan/Getty Images)
--

Have you ever opened a fast-food bag only to realize that the order you received bears little resemblance to the professionally shot, styled and color corrected images plastered on the side of the restaurant? Well, Anthony Russo, a South Florida lawyer, allegedly has — and now he's suing Burger King.

Russo has filed a federal lawsuit seeking class-action status, alleging that the home of the Whopper has deceived customers by "portraying its food as being much larger compared with what it has served to customers in real life," according to NBC News.

The plaintiffs listed include Walter Coleman, Marco DiLeonardo, Matthew Fox and Madelyn Salzman, who are leading the suit against Burger King on behalf of anyone who "purchased a Burger King menu item based on false and misleading advertising concerning the size and/or the amount of ingredients contained in said menu item."

The complaint alleges that current advertisements feature a Whopper that is 35% bigger when compared to 2017 ads. However, "the recipe or the amount of beef or ingredients contained in Burger King's Whopper has never changed."

The suit seeks monetary damages and a court order requiring the fast-food giant to more fairly depict its menu items in future advertisements. Listed as witnesses are multiple Twitter users who complained about the state of their orders, as well as several online food reviewers who specialize in fast food.

"Big or small, justice is justice, and laws are laws," Russo said in a statement to NBC, "and just because something happens to appear in someone's opinion to be minor doesn't mean that it is."

He continued, "If I'm advertising a vehicle, you don't Photoshop it to enhance it. Sure, maybe you shoot it in its best light, but certainly you don't make it misleading. That's really the basis for these kinds of lawsuits."