How much brisket do I need per person?

But really, is there such a thing as too much brisket? 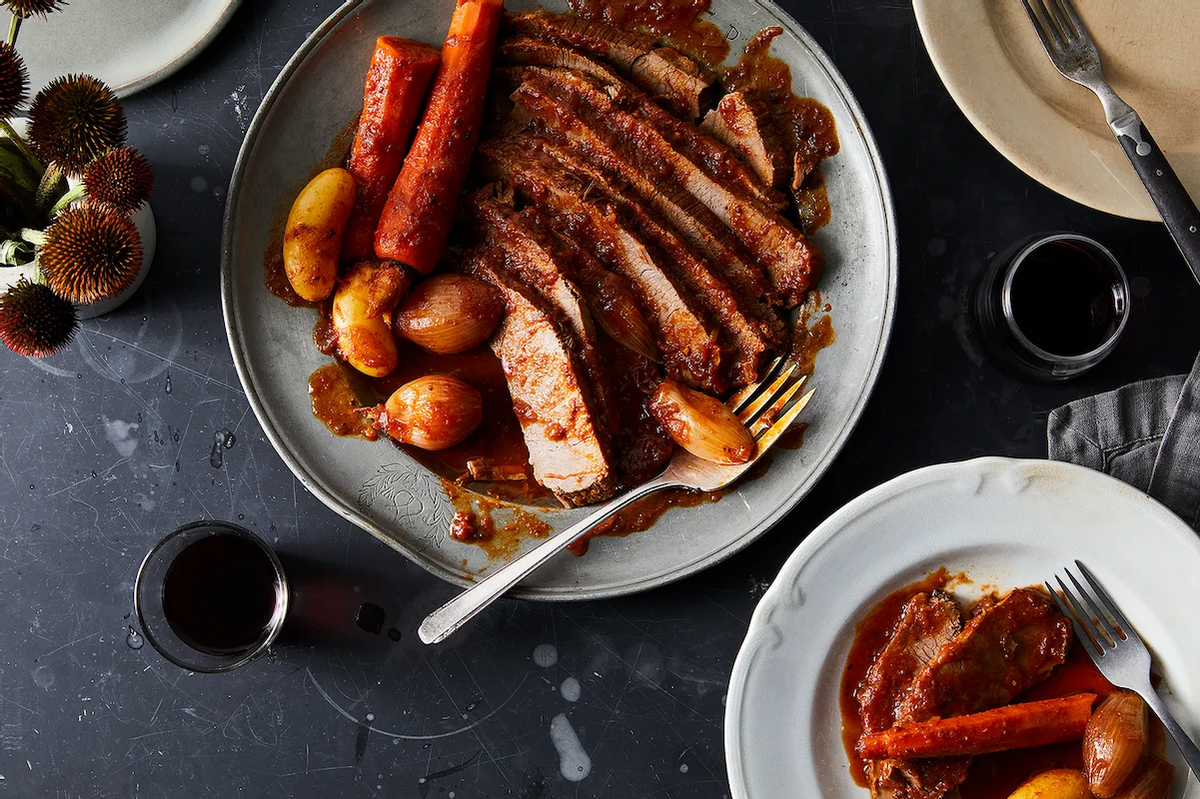 If you want to know how much brisket you need to serve per person, you first need to watch "Mean Girls" (or, if you're a woman between the ages of 25 and 35, re-watch for the 100th time). The answer lies with the protagonist character Cady Heron, played by Lindsey Lohan, who will tell you "the limit does not exist." I understand this doesn't help you determine how many pounds of raw brisket to purchase from the butcher before Passover or Rosh Hashanah. But it's true. If your brisket is fork-tender and flavorful beyond belief, people will keep going back for more. And even when they retire from the dinner table to the couch and change from fancy clothes to sweatpants, a few people will obviously be craving leftover brisket within (checks watch) 90 minutes. But yes, we do have a handy way of estimating how much you should allot per person if your budget is not infinite.

When shopping for brisket, you'll find that there are two common cuts of meat: brisket flat (aka first-cut) and brisket point. Many brisket recipes won't specify which cut of meat to use, so here's what to know: brisket point has a jagged, pointy end that is ideal for pulled brisket (like these braised brisket sandwiches or chopped brisket. Flat cut brisket is what you want to use if you're planning to braise or smoke brisket and then slice it into neat servings. Flat cut, or first-cut brisket, is a leaner cut, which means it's at its best when cooked for several hours until it becomes juicy and tender.

How much brisket to buy

Not only does brisket shrink as it cooks, but flat-cut brisket also bears a thick fat cap that should be trimmed before cooking (unlike other cuts of meat, the fat on brisket won't really break down and will just stay chewy).

How much does brisket cost?

Depending on where you live and shop, expect that beef brisket will cost between $9.99 and $16.99 per pound (though more premium cuts, such as grass-fed beef or organic beef, will certainly cost more).