Pluto wasn't the first: A brief history of our solar system's forgotten planets

Long before Pluto's demotion, there was another body in the solar system that was deemed a planet 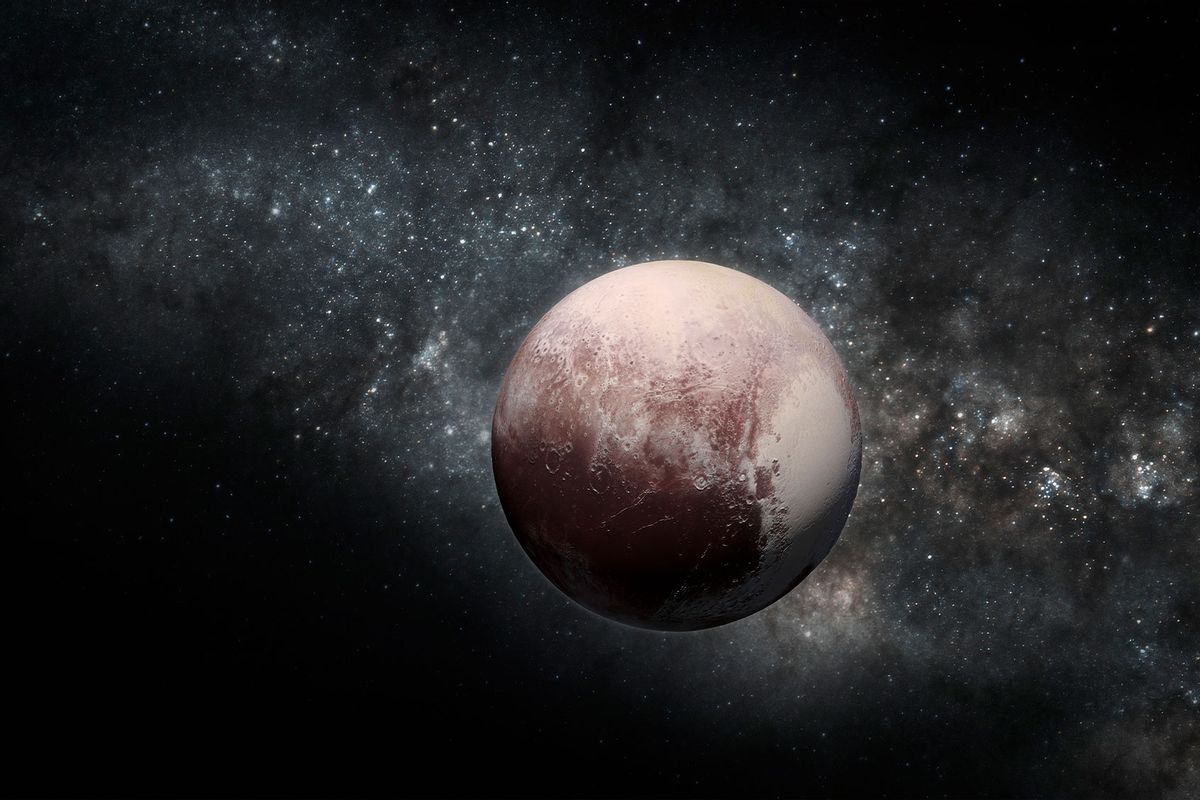 But long before the Pluto "controversy," other objects moved on and off the official list of solar system planets. Indeed, a kindergartener in the early 1800s would have learned that Ceres was a planet.

So while the argument over planethood might seem like a modern astronomical debate, 19th century astronomers were bedeviled by this question of how to define what actually counts as a planet.

And, as alluded to, Ceres predates Pluto in his controversy. The asteroid belt, which sits roughly between Mars and Jupiter, is filled with minor planets and asteroids. One of those celestial bodies, Ceres, has a surface covered in minerals like clay and carbonates, as well as water ice. It is an odd world, to be sure: because it is not completely frozen and is covered in salt water, scientists believe Ceres could harbor microbial life. This places Ceres in stark contrast with Pluto, which is on the far side of the solar system and has an entirely frozen surface. In addition, whereas Ceres is a dull monochromatic gray, Pluto's colors range from white and black to vivid orange.

Yet Ceres and Pluto have one very important thing in common: Astronomers at one point thought they should be classified as planets, but then changed their mind. It all comes down to size, which in the case of planetary science really does matter.

Flashback to the beginning of the 19th century. An Italian priest and astronomer named Giuseppe Piazzi at the Palermo Observatory had answered a nearly three-decade old question: Why did the orbits of Mars and Jupiter indicate that a planet existed between them even though none could be found? On Jan. 1, 1801, Piazzi seemed to answer this question by announcing that he had found a "star" which had moved from its position in the Taurus constellation. Scientists soon concluded that this must be the missing planet and assumed the matter was resolved.

Then another "planet" was discovered. On March 28, 1802, German physician and astronomer Heinrich Olbers discovered Pallas; this was rapidly followed by Juno in 1804 and Vesta in 1807. Each was duly designated as a planet, although astronomers began to have their doubts that this increasingly-cumbersome system was working out. Although scientists were given a breather for a few decades, a plethora of new discoveries between 1845 and 1852 left the astronomical community with 15 asteroids to account for. None of the new ones were labeled as planets, but it was becoming increasingly clear that reforms would be necessary. By 1867, it was clear that Ceres was too small to be grouped in with a body like Earth, and so it was given a new designation: Minor planet. And instead of being given fancy names and symbols, they would be labeled with numbers based on when they were discovered or their determination of orbit.

This bring us to Pluto. While Ceres has a diameter of 588 miles (compared to the Earth's 7918 mile diameter), Pluto has a comparatively heftier diameter of 1477 miles. Yet this did not save Pluto from getting the axe as a planet when the International Astronomical Union met in 2006. The reason was, quite simply, that astronomers had decided that there were three criteria for being considered a planet:

So, the three criteria of the IAU for a full-sized planet are:

It is in orbit around the Sun.

It has sufficient mass to assume hydrostatic equilibrium (a nearly round shape).

It has "cleared the neighborhood" around its orbit.

Because Pluto did not meet the third requirement — it has not "cleared the neighborhood" around its orbit — it lost its status as a planet. Clearing the neighborhood means that the region of space near which it orbits the sun is bereft of larger bodies, having been absorbed into the planet. Ceres, like Pluto, clearly doesn't pass this criteria: the asteroid belt in which Ceres resides is evidence of a "failed" planet that didn't clear its neighborhood. Indeed, there are multiple other relatively massive bodies — Vesta, Pallas, and Hygiea — also in Ceres' vicinity.

Pluto had held this distinction of planet for 76 years, starting with its discovery in 1930 by American astronomer Clyde W. Tombaugh. The demotion of Pluto to dwarf planet remains controversial, and not just among lay astronomers. A team of American scientists published a paper in December in the scientific journal Icarus arguing that a "planet" should be defined as any geologically active celestial body. One co-author argued that we should say there are "probably over 150 planets in our solar system"; the paper claimed that the need to distinguish planets from moons is cultural, not scientific, and hinders proper understanding of astronomy.

"We found that during the 1800s the non-scientific public in the Latin west developed its own folk taxonomy about planets reflecting the concerns of astrology and theology, and that this folk taxonomy eventually affected the scientists," the scientists explained. They later concluded that "using the geophysical planet concept with subcategories for the individual features (including gravitational dominance) makes the planet concept both useful and deeply insightful for communicating with the public." This did not happen in 2006, they assert, because "because adequate time was not taken to sort these issues," with the resulting vote leading to "a deeper split in the community."

Ironically, even as Pluto was being demoted, Ceres nearly received a promotion. An earlier 21st century proposal for defining a planet would have done so by describing a planet as having enough mass to be nearly round and to orbit around a star without being a satellite of a planet or a star itself. Had this definition been accepted, Ceres would have become the fifth planet from the Sun.